Dogecoin price has not had the best series of numbers in the past few days. With the push to the downside and monthly pivots each time broken to the downside, it is fishing in the bottom for some support.

Dogecoin price is deep-sea diving, but a bottom lures buyers

With Dogecoin price in a downward spiral, it is often hard to look for entry points in the opposite direction. But some buying power is about to reenergize DOGE.

There is the $0.18-level next to the 200-day Simple Moving Average (SMA). Both have been acting as significant support since June. This barrier worked as a psychological support level and was used as a set point for a rally that gave Dogecoin price 62% upside afterward.

DOGE price also has the low from June 21 that bounced off S3 of the monthly pivots and is the beginning of a Fibonacci level at $0.153.

Looking back at these three levels, the range between $0.18 and $0.153 seems perfect as an entry for a fade. Instead of going in for one long position, buy orders could be spread throughout this "accumulation area," serving as a rebound point for DOGE. 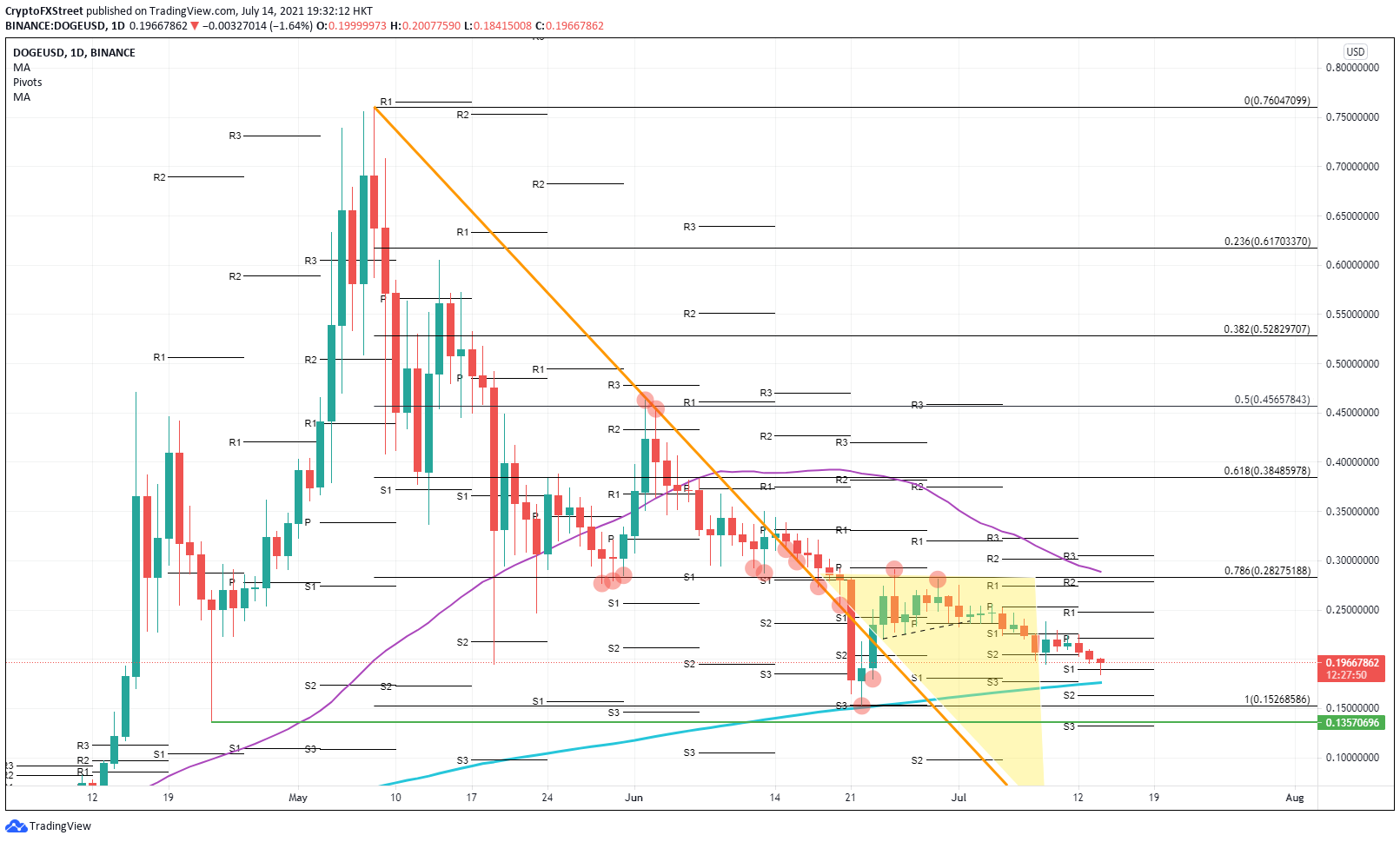 Should current negative sentiment in cryptocurrencies persist, expect a further tick down toward $0.1357, which was the low of April 23. Just below there, we have the S3 support pivot at $0.1320, which will provide a double bottom.