The cryptocurrency market has been bullish for three days. The return of the bulls comes after a drab bearish action over the weekend. Bitcoin has been leading the bullish action following a reversal from the support established at $5,800 to highs close to $6,800.

ETH/USD is outperforming Bitcoin and Ripple during the European trading session on Thursday. Ether opened the session at $136.10 and extended the momentum upwards, testing the hurdle at $140. However, an intraday high has been achieved at $139.04, giving way for a prevailing bearish wave. Ethereum price is trading at $137 at the time of writing, it is up 1.12% on the day.

XRP/USD, on the other hand, is up 1.02% to exchange hands at $0.1775. On the upside, $0.1784 is the intraday high and caps movement targeting the resistance at $0.18. XRP/USD has been stable since the week started, sustaining a gradual uptrend. Therefore, due to the low volatility on the day, Ripple is expected to remain stable above the short-term support at $0.1750.

According to data provided by CoinMetrics.io, the amount of Bitcoin held by BitMEX has dropped by over 25% in the past couple of weeks. The drop followed the crash in Bitcoin price by over 50% on March 12. Liquidations on BitMEX were greatly linked to BTC price crash but the Bitcoin held by the exchange has taken a downward trend ever since. The data by CoinMetrics shows that on March 13 BitMEX held about 315,000 BTC but this number has thinned significantly to 244,000 BTC by March 29.

The amount of Bitcoin held by BitMEX has been in freefall over the past two weeks after BitMEX experienced mass liquidations on March 13th.

After the price found support around $207, Bitcoin Cash has been trending upwards in an ascending channel formation. During this upward trend, the Bitcoin fork managed to cross the 50-day ...

Polkadot has had three consecutive bearish days after encountering resistance at the $4.70 barrier. In the process, DOT managed to break below the 50-day SMA and is currently priced at $4.35.

UniSwap recently revisited the crucial and robust support at $2.5 amid declines within a descending parallel channel. At the beginning of August, the recovery staged hit a barrier at $3.5, cutting short ... 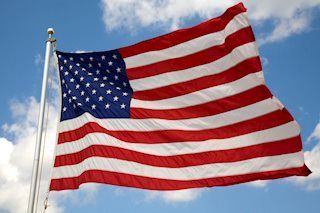 The Wyoming State Banking Board has granted Avanti Bank & Trust a bank charter following a unanimous 8-0 vote. This gives Avanti the same powers as national banks in its approved business plan. The bank announced that they initially issue ...