Ripple bears return to the table after a miss in crossing the $0.5500 hurdle, currently down 2.94% to $0.5030, during early Monday. In doing so, the altcoin sellers attack the previous key resistance line from February 01 amid downbeat RSI.

Bitcoin bulls seem tiring as the quote wavers around $57,750 during early Monday. In doing so, the cryptocurrency major teases a bearish chart formation, rising wedge, which becomes critical to follow, if confirmed, near the top. Seven-week-old support line can offer intermediate halt during further downside, $60,000 guards immediate upside.

Ethereum price shows signs of reduced volatility as it hugs a demand barrier closely. This level could bring about massive gains or trigger a steep correction. On the 1-day chart, Ethereum price has been trudging close to a support level at $1,744, coinciding with the 78.6% Fibonacci retracement level. 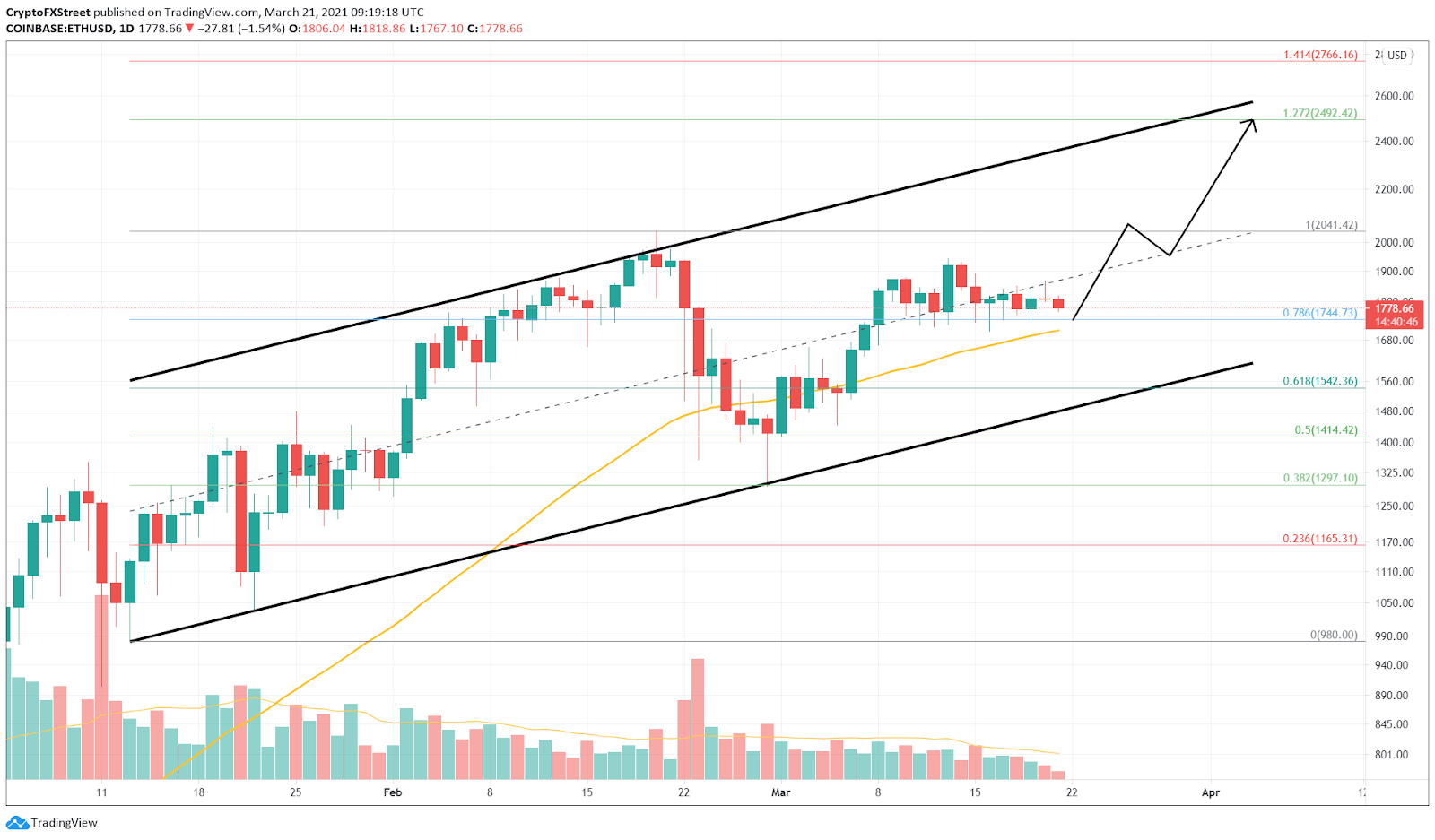 BTC Fear and Greed index shows that fear has gripped markets for over 60 days in a row. Popularity and demand for altcoins with small market capitalization increased. No big spikes noted in BTC net flows, whales with less than 10,000 BTC continue accumulating.

Dogecoin price has not had the best series of numbers in the past few days. With the push to the downside and monthly pivots each time broken to the downside, it is fishing in the bottom for some support.

Shiba Inu looked set for a jump higher just two weeks ago. Instead, it has dropped 28% in value over the past nine days. The glut in cryptocurrencies is helping short sellers to push prices further down.

Stellar caught in downtrend to $0.195

XLM price is in a consecutive three-day losing streak. Tops and lows are getting lower in tandem. More downside is expected for Stellar as no real support now is present until $0.195.