Polkadot price failed on its first attempt to break out above the February high at $42.72 and is currently resetting just above the 21-day simple day moving average (SMA). The setback is mild and on low volume, keeping the emphasis on the bullish outlook moving forward. 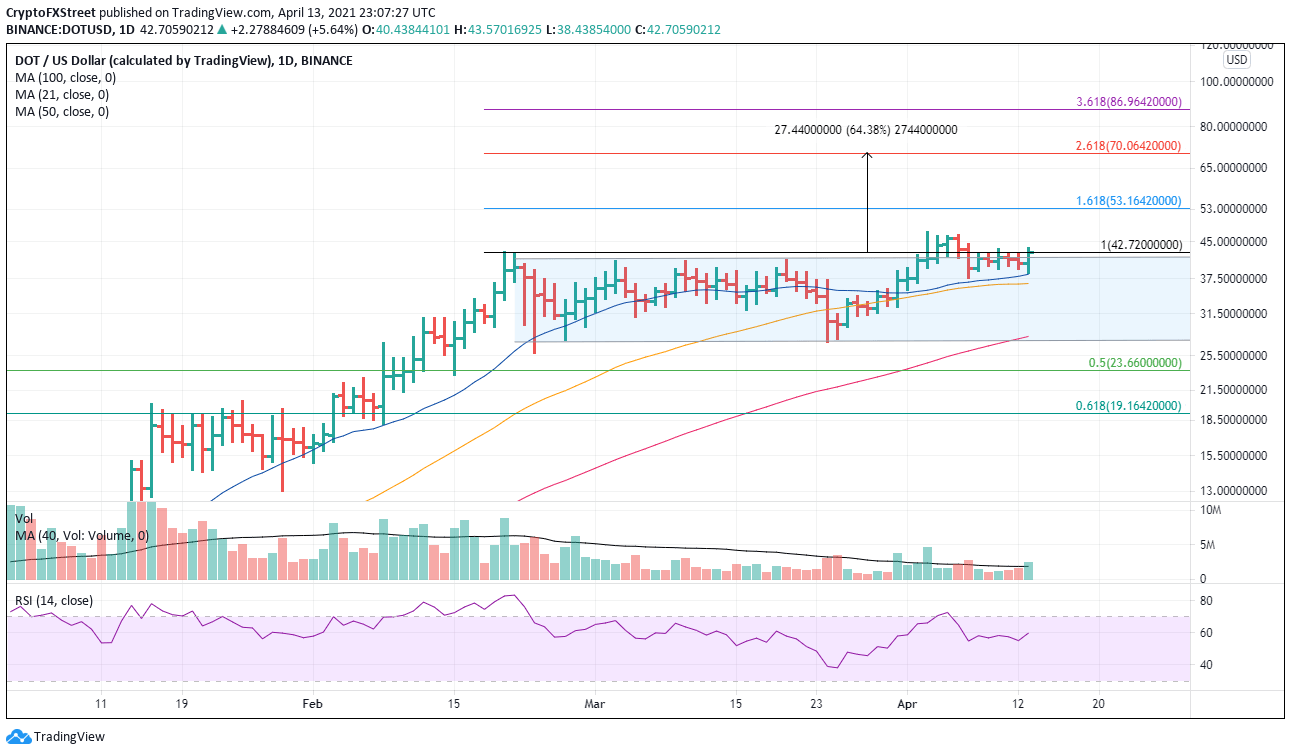 Tezos Price Forecast: XTZ to mimic Filecoin and surge another 70%

Tezos price closed above the topside trendline on April 5 with a daily gain of 19% after failing three of the previous four days. Price action since breaking out has been sloppy, but initial profit targets first mentioned in an April 1 FXStreet post have been reached. 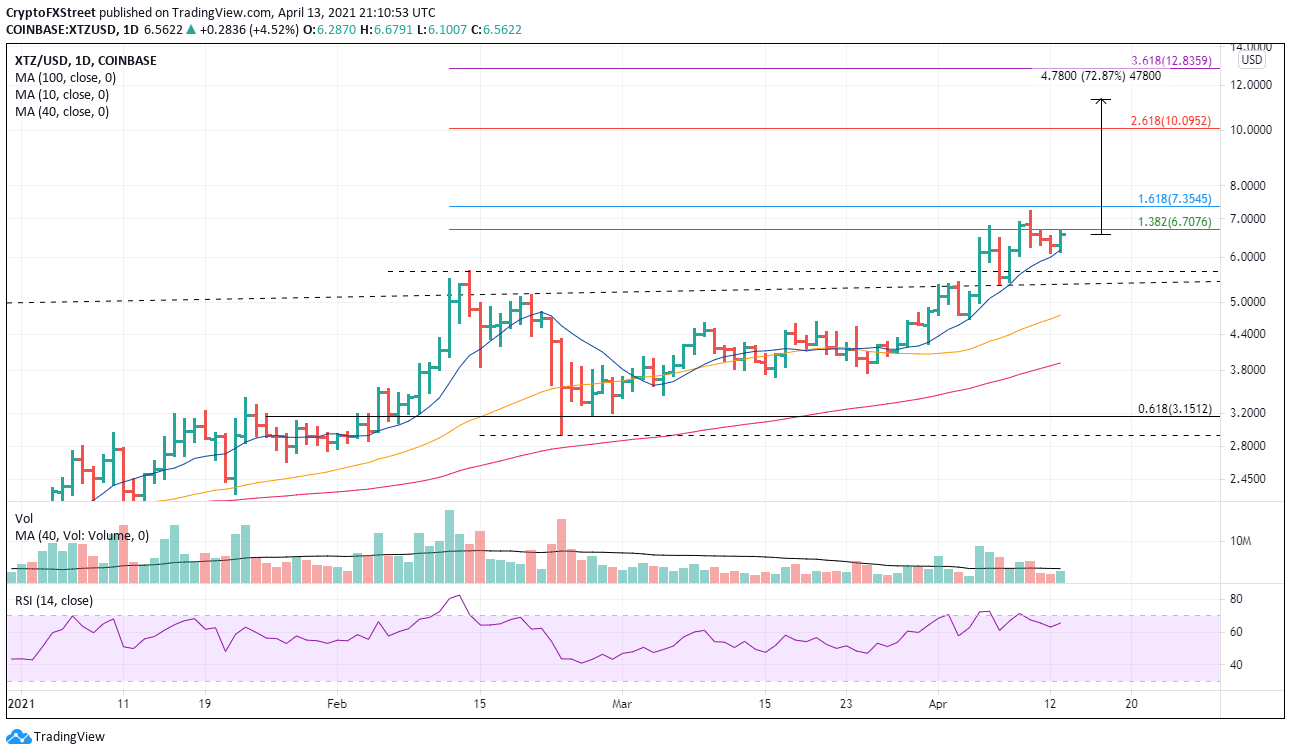 Ethereum price rises on the frenzied interest in decentralized finance

Ethereum price is up for the third consecutive week and crushed the 161.8% Fibonacci retracement of the 2018 bear market at $2,248 today. The outlook remains bullish for ETH, with the next resistance emerging at $2,500. “Alt-season” puts ETH at the apex of the cryptocurrency market capitalization. 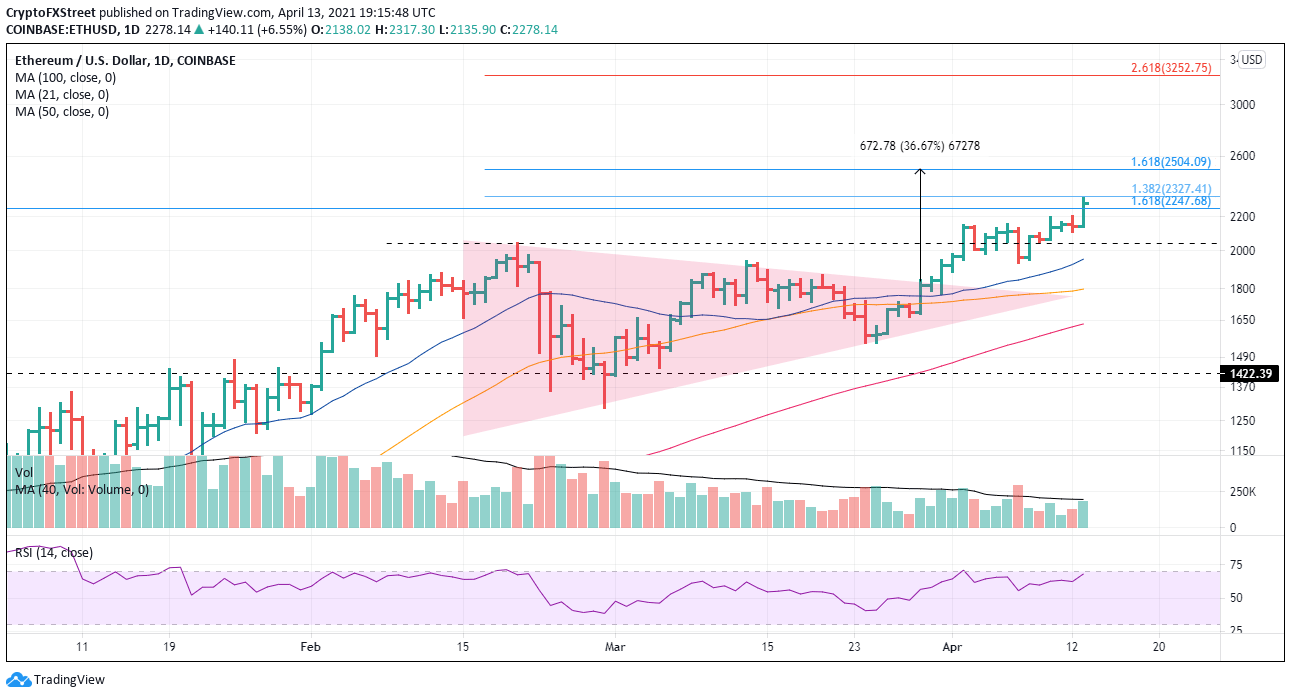