Shiba Inu, the Ethereum-based meme-inspired cryptocurrency is expected to begin trading on November 30. Kraken will make trading the token’s trading pairs against the US dollar and euro available on the platform, with an order minimum of 50,000 SHIB.

The exchange has noted a price precision of eight decimal points and a quantity precision of 5 decimal places for Shiba Inu. Kraken added that SHIB margin and futures trading will not be available for users.

Kraken has been hinting at the possibility of adding Shiba Inu on its platform since November 1. In a tweet, the exchange said that if it accumulates 2,000 likes, the firm will list SHIB the next day. However, the memecoin's supporters delivered over 45,000 likes within 24 hours but Kraken failed to deliver on its promise the following day.

At the time, the crypto exchange explained that there was “more work” for the firm to do as it moves through its listing review process.

Shiba Inu price sliced above a critical resistance trend line and appears to be preparing for a 42% upswing.

On the 12-hour chart, Shiba Inu price has formed a falling wedge pattern, suggesting a bullish outlook for SHIB. The prevailing chart pattern is suggesting a measured move of a 42% climb, targeting $0.00006363, coinciding with the 61.8% Fibonacci retracement level.

Since Shiba Inu price broke above the upper boundary of the governing technical pattern, the optimistic target is now on the radar. The next obstacle for SHIB to tackle is at the 100 twelve-hour Simple Moving Average (SMA) at $0.00004603, then at the 50 twelve-hour SMA and 38.2% Fibonacci retracement level at $0.00004819.

SHIB must also reclaim the 50% retracement level at $0.00005591 before the bullish target could be reached. 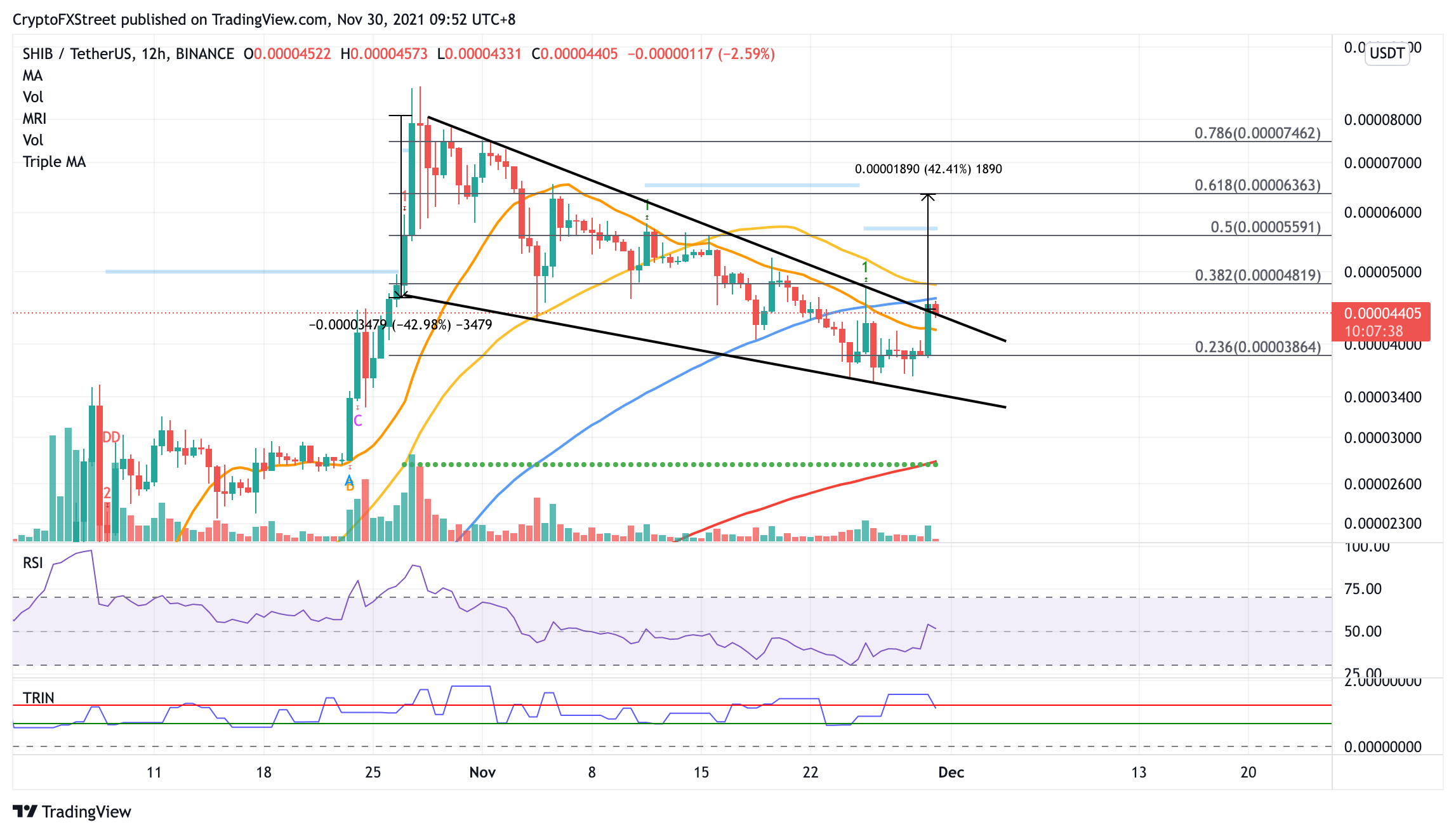