Chiliz price reveals a tremendous bullish opportunity that could see it nearly double. However, a decisive breakout from a critical level will decide if CHZ bulls will seize this opportunity.

Chiliz price on the verge of incredible gains

Chiliz price is currently trading above $0.5 inside a bullish continuation pattern known as a bull flag. Such a technical formation has an initial burst of CHZ’s market value, referred to as the flagpole. This move is followed by a calm where the asset usually forms a downward sloping channel known as the flag.

A decisive close above the flag’s upper boundary at $0.523 will signal the start of a 94% bull rally. Chiliz price target at $1.01 is obtained by adding the flagpole’s height to the breakout point.

If the sellers fail to restrict the bullish reign, CHZ price could extend to the 127.2% Fibonacci extension at $1.61. 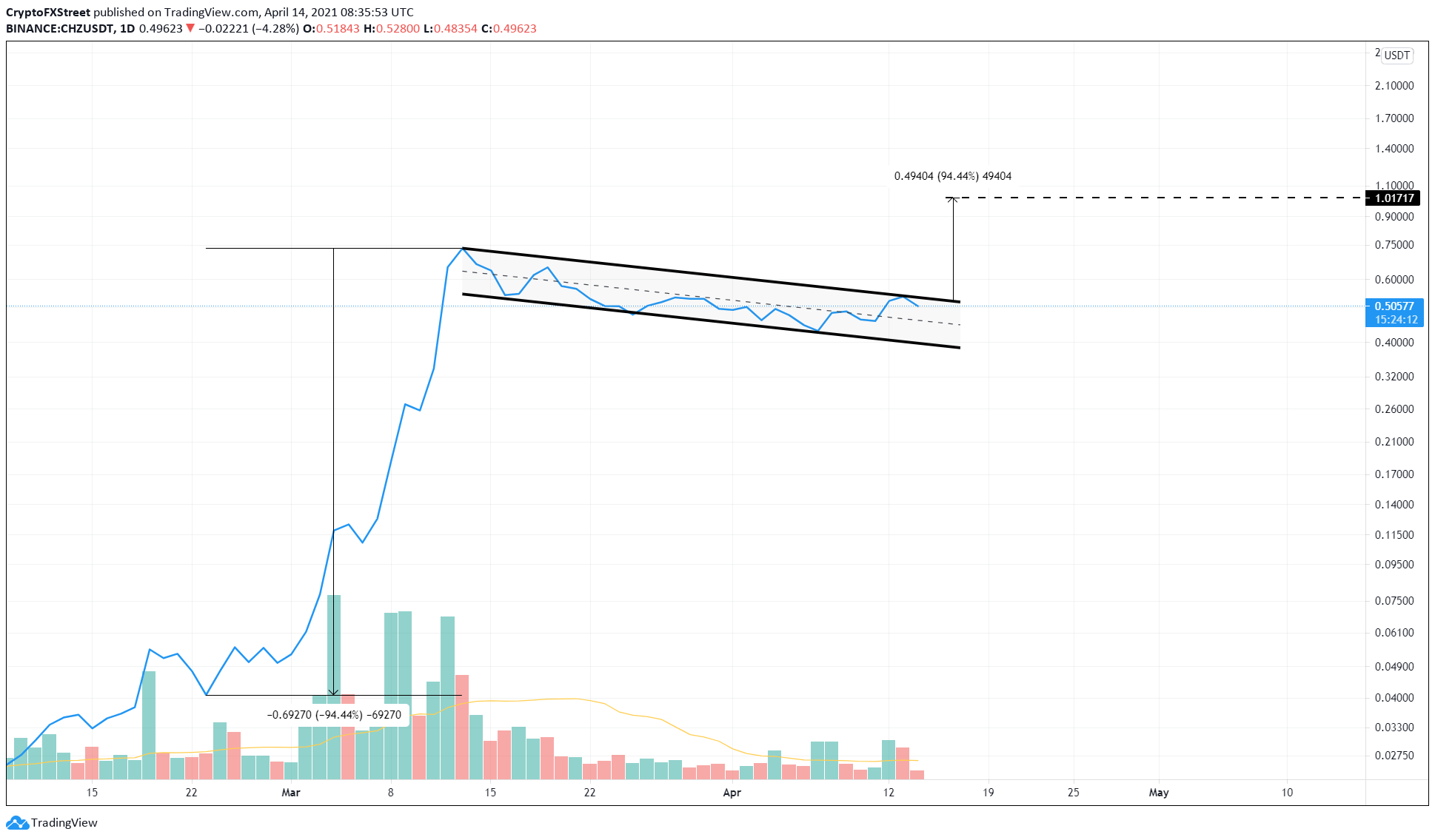 As portrayed by IntoTheBlock’s In/Out of the Money Around Price (IOMAP) model, the upswing will not be a cakewalk since the underwater investors are stacked against the bulls.

Roughly 12,400 addresses that purchased 946 million CHZ tokens in the range of $0.49 to $0.53 are “Out of the Money.” Hence, any short-term buying pressure will face equal force in the opposite direction from investors who might want to break even.

Therefore, a rejection at any of these levels will likely send the Chiliz price crashing toward the relatively small support zones.

The bearish trend will erupt if the sellers drag the Chiliz price below the $0.39 level as it would represent a move below the flag formation.

In that case, CHZ could initially drop 13% to $0.345, the first line of defense. Breaching this would send the cryptocurrency toward the 61.8% Fibonacci extension at $0.24.