Cardano price (ADA) is still in a downtrend within a bearish triangle for most of September. A retest on the baseline at $1.893 looks inevitable and spells more downside as it would be the fourth test already. A break lower opens up the door for bears to head toward $1.677.

Cardano price is still stuck in a bearish triangle for most of September. With a few failed attempts from bulls to get out, bears are still very much in control and are dictating price action in ADA to the downside. A solid fourth attack on the triangle base looks imminent as market sentiment is getting more choppy with some uncertainty elements in the markets.

ADA price action will decrease further toward $1.893. With its fourth retest already, the base looks ready to break further to the downside as price pressure is mounting from the bears. A break would spell bad news for the bulls who have defended this level several times already. 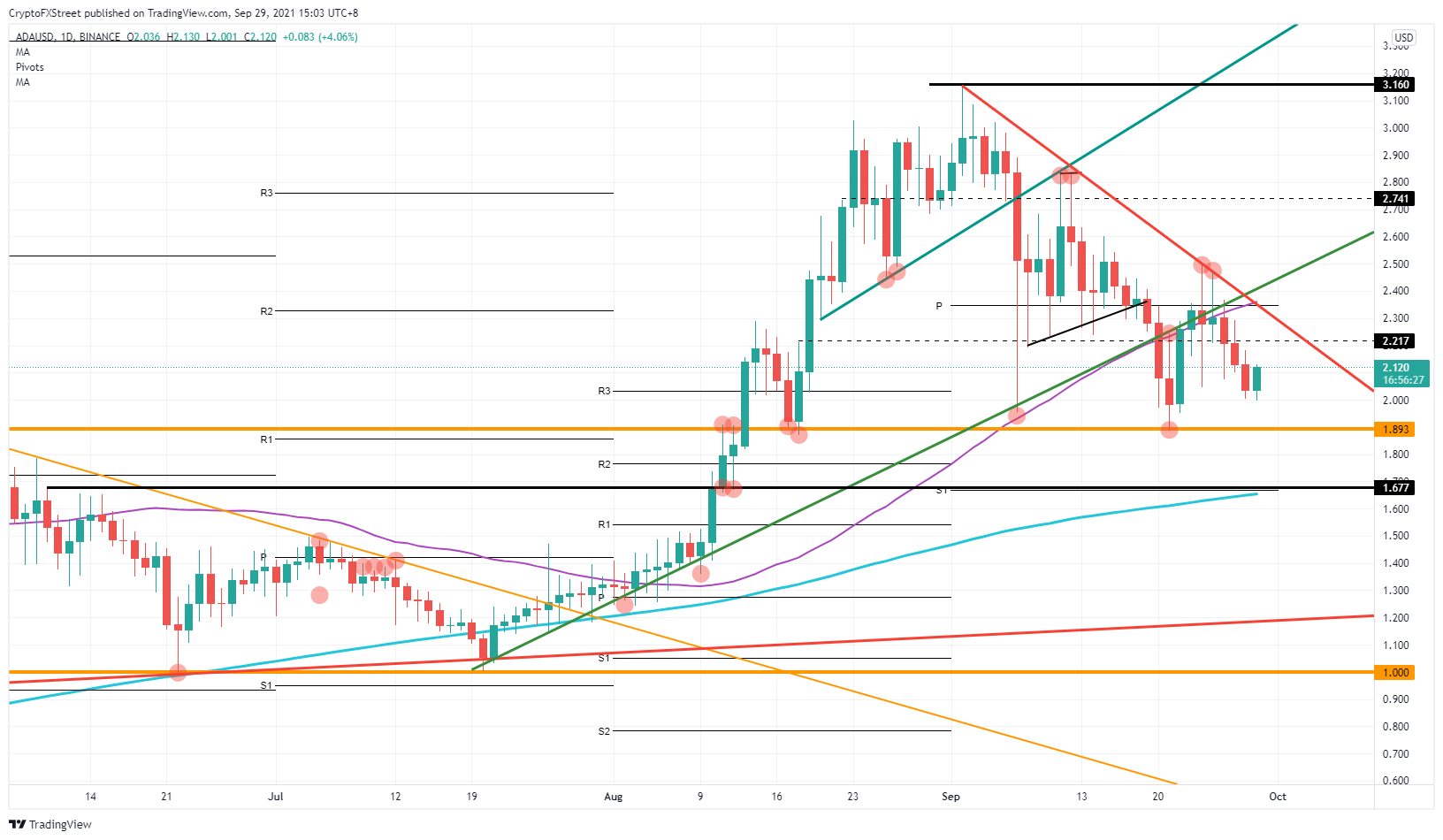 With Cardano bulls being held up at the moment, bears will have a smooth run toward $1.677, which will be a vital profit-taking level. With both the 200-day Simple Moving Average (SMA) and the monthly S1 pivot level around this region, expect any further downside to be muted and floored with these three supportive elements in play.

When bulls are able to overcome the reign of the bears in Cardano price action, expect first a retest of the red descending trend line and the monthly Pivot at $2.345. Once that is taken out, expect a quick run toward $2.741 as the ultimate price target.