Cardano price has rallied roughly 19% from its July 20 swing low at $1.02 to where it currently trades – $1.20. This run-up was an apparent turnout considering the previous reactions near the trading range’s lower limit.

The run-up sliced through the July 18 swing high at $1.21, collecting the buy stop liquidity. Although ADA could continue heading higher, a pullback seems plausible here. If the buyers continue to bid, the said correction will likely arrive after Cardano price sweeps above the $1.25 resistance level.

The down move might extend just above the support level at $1.11 before the buyers step in to rescue the so-called “Ethereum killer.”

The resulting uptrend will slice through the resistance levels at $1.25, $1.30 and attempt to tag $1.37. Such a move would constitute a 15% ascent from the current position. 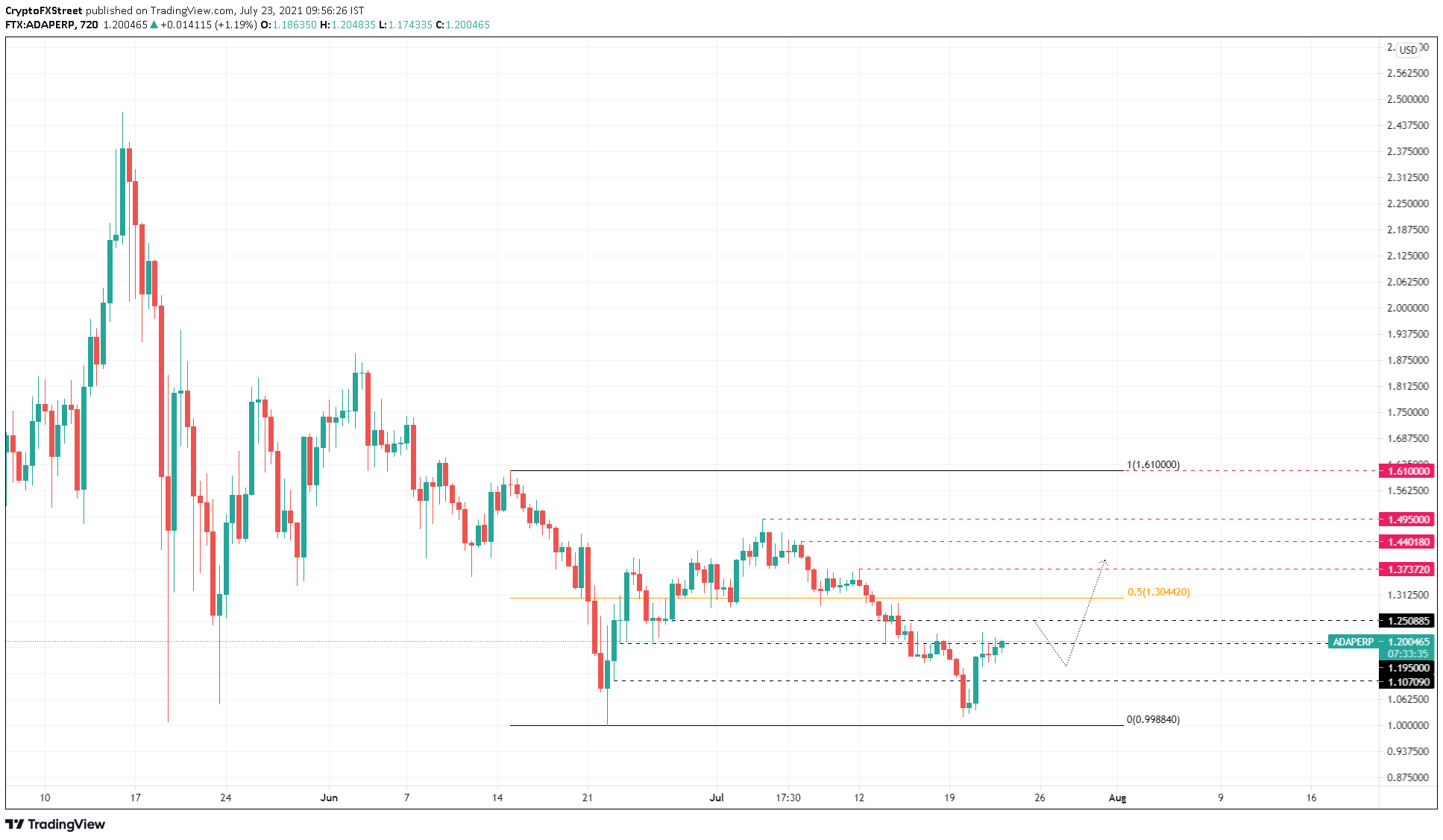 Supporting the short-term correction is IntoTheBlock’s In/Out of the Money Around Price (IOMAP) model. This on-chain metric reveals that “Out of the Money” investors are stacked close to the current position of Cardano price.

From $1.19 to $1.27, roughly 4.13 billion ADA that was purchased by nearly 224,000 addresses are underwater. Therefore, a climb into this area might be met with selling pressure from investors looking to break even.

On the flip side, things could turn unfavorable for Cardano price if the retracement breaches the $1.11 support level. A recovery above this barrier could avoid this bearish fate, but the bullish thesis will face invalidation if the buyers fail to reclaim the said barrier.

In such a case, there is a high chance ADA could drop 9% to retest the support level at $1.