Cardano price has been regaining strength after losing crucial support on July 19. However, ADA continues to be consumed by indecision, as the asset is witnessing an equilibrium between buyers and sellers.

Cardano price has printed a descending triangle pattern on the daily chart, presenting a bearish bias for ADA.

The prevailing chart pattern suggests ADA bulls could be vulnerable. However, Cardano price has generated an oversold reading shown by the Relative Strength Index (RSI) on July 20. ADA rebounded nearly 18% to $1.22 on July 20, closing above a critical support level.

Cardano price appears to have reclaimed the 200-day Simple Moving Average (SMA), and this level continues to act as a crucial line of defense for ADA.

Despite the bearish bias given by the prevailing chart pattern, Cardano price may look to tag the hypotenuse of the triangle in the next few days, coinciding with the 50% Fibonacci extension level at $1.26, near the 20-day SMA. Only a close above the 200-day SMA could signal a recovery for ADA. 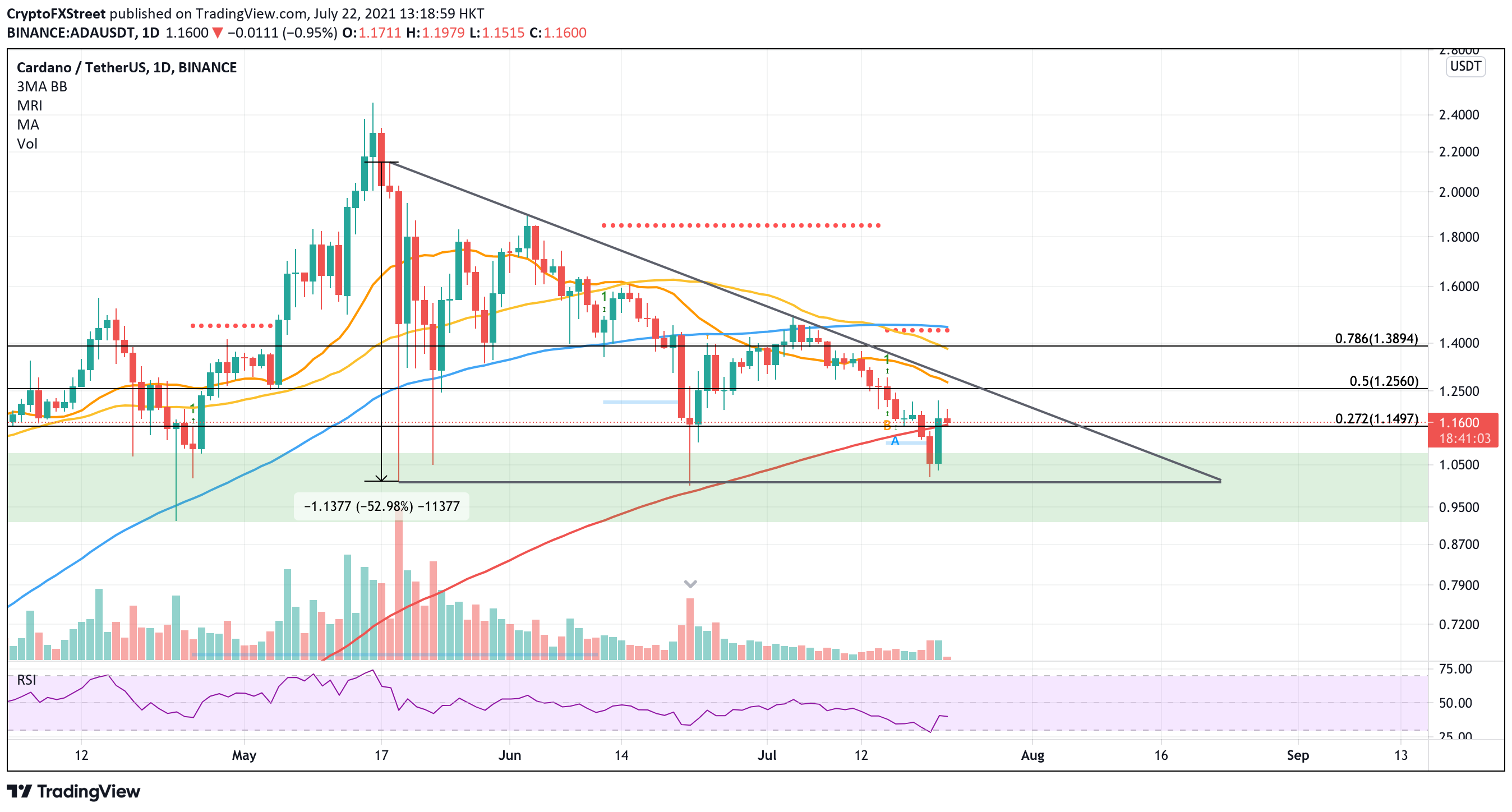 Considering the lack of buying pressure, further targets to the upside are unlikely at the moment, as the upper boundary of the triangle has acted as stiff resistance for ADA since May 19. However, a breakout above this level could indicate a potential rally for Cardano price, with the highest level expected at $1.75, presented by the governing technical pattern of almost a 53% surge.

To effect the aforementioned ambitious target, ADA would need to slice through the 50-day SMA corresponding to the 78.6% Fibonacci extension level.

The lackluster trading volume witnessed by ADA suggests that Cardano is likely to continue to move sideways as indecision mounts.

Falling below the 200-day SMA could spell trouble for the bulls, as Cardano would potentially see a retest of the swing low at $1.02 before slumping further below to the base of the triangle at $1.00.

Should ADA witness further selling pressure, investors should expect Cardano price to collapse toward the lower boundary of the demand zone that starts at $0.92, the April low.