Cardano price shows weakness that has kept it from surging higher. Due to a recent spike in selling pressure, ADA has restarted its drop and eyes levels last seen during the weekend crash.

On the 12-hour chart, Cardano price breached the freshly formed demand zone ranging from $1.17 to $1.24 as it pulled back 10%. This slump shows no sign of slowing down and might trigger a retest of the subsequent support zone that extends from $0.98 to $1.07.

Here, the bulls will face a test of faith and a chance to accumulate ADA at a discount. If the buyers decide to rescue the so-called “Ethereum killer,” ADA might see sideways movement before surging higher.

However, this scenario seems unlikely considering the current state of the market. Hence, a further decline will put this altcoin on a path to retest a critical zone that stretches from $0.87 to $0.93.

A bounce from this level or the one before it could see Cardano price retest the 50% Fibonacci retracement level at $1.25. 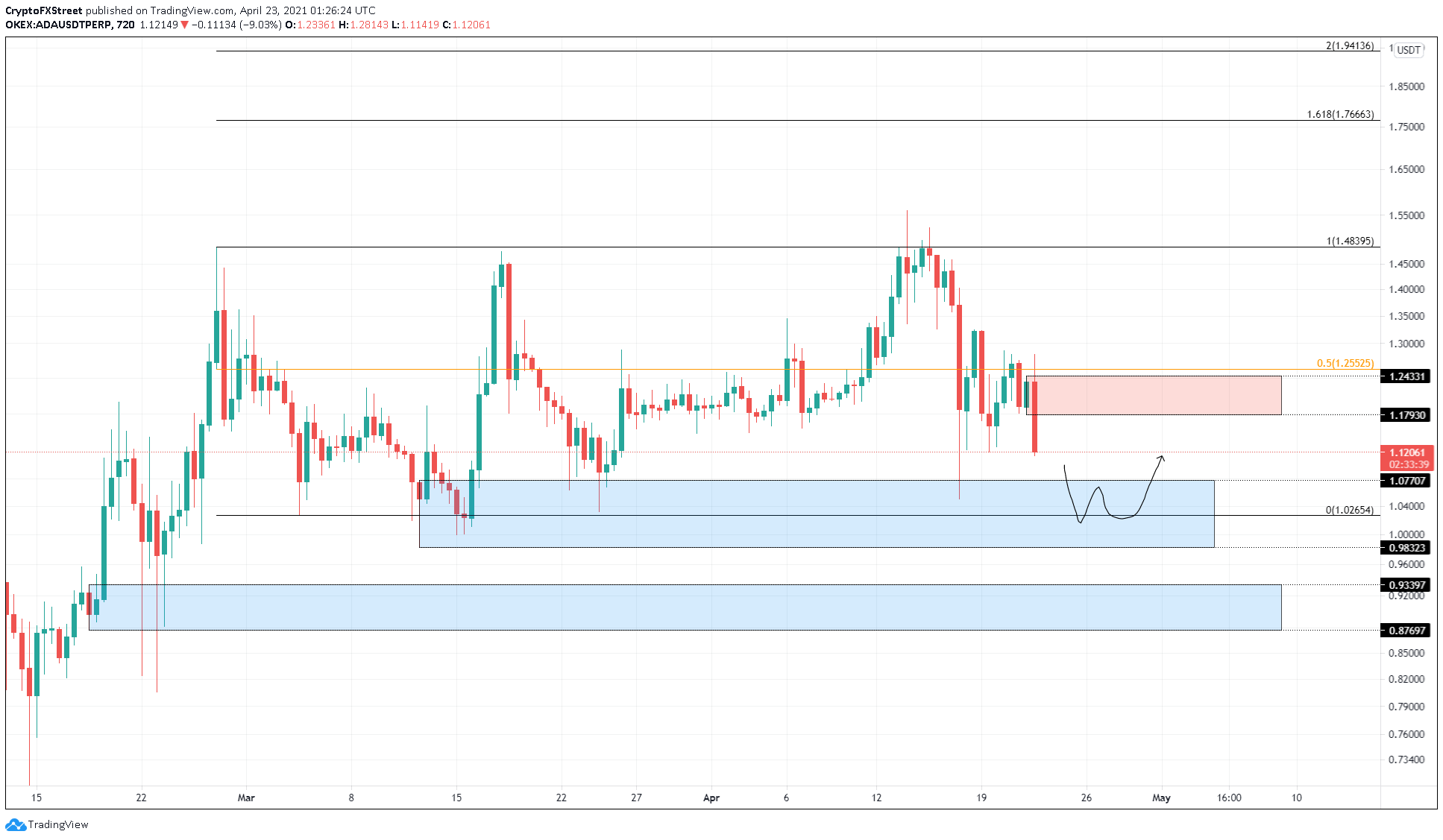 While a bullish scenario is hard to envision considering the ongoing crash, a decisive close above $1.24 might cause investors to restart their bids. In such a case, Cardano price could surge nearly 20% to retest the swing high at $1.48.