Cardano price has been on a downtrend since June 3 without any substantial higher highs, suggesting that the bears are plaguing the markets. As ADA trades inside a tight range, it consolidates between two converging trend lines and anticipates a massive breakout.

Cardano price was trading above the 50% Fibonacci retracement level at $1.47 until mid-June. However, this changed as ADA slid below it on June 18. Since then, the Cardano price action has been in the form of lower highs and higher lows, indicating a tightening of the range.

While the traditional breakout looks for the altcoin to slice through the inclined/declined trend lines, investors should pay close attention to the immediate swing points, which will help discern where ADA might be heading.

Assuming Cardano price breaks lower, it will tag the support level at $1.24. If the selling pressure continues to build up, ADA might sweep the lows at $1.20. This downswing collects liquidity, which is a telltale sign for the start of an upswing.

Therefore, investors can expect a 10% correction and a sweep of $1.20, followed by a 16% uptrend that retests the resistance level at $1.40. Breaching this level opens the possibility of retesting the 50% Fibonacci retracement level at $1.47. 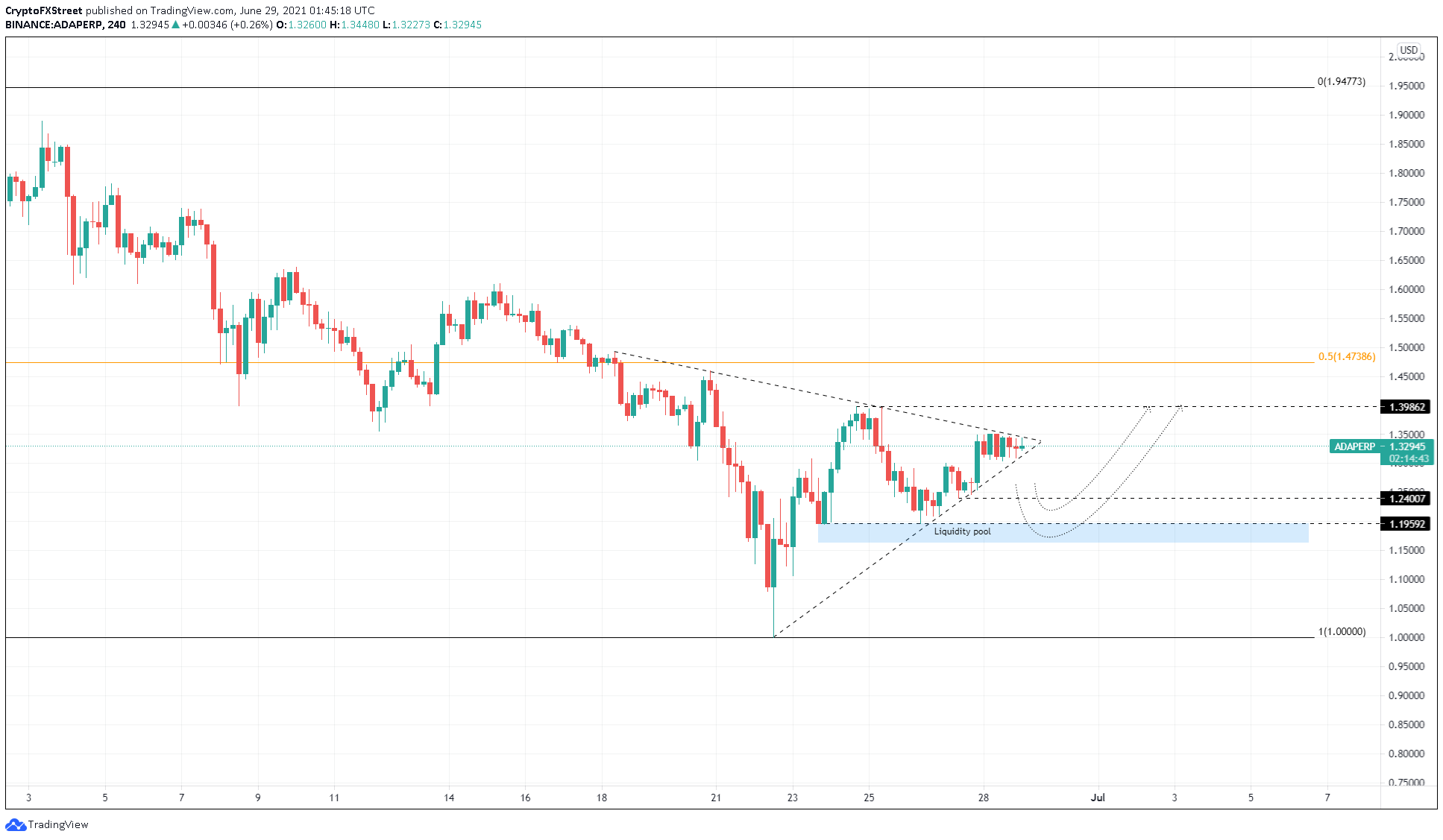 The bullish thesis explained above will be in jeopardy if Cardano price fails to climb above $1.20. Such a move will reveal that the sellers are dominant and are absorbing the buying pressure.

In such a case, ADA will likely revisit the subsequent swing low at $1.11 from June 23. A breakdown of this barrier will invalidate the optimistic narrative and kick-start a downtrend that could push Cardano price to the range low at $1.