Cardano network’s large wallet investors have lost interest in the Ethereum-killer altcoin. Daily activity of large wallet addresses has reduced on the Cardano blockchain. ADA price remained largely unaffected by the FTX-Alameda crisis as Cardano was not listed on the exchange platform. Analysts retain a bullish outlook on the altcoin.

The Ethereum-killer altcoin has lost favor with large wallet investors of Cardano. ADA price declined 5% overnight and yielded nearly 20% losses for holders over the past week. Based on data from the crypto intelligence platform Santiment, there is a shift in the number of daily active addresses, weighted sentiment and number of stakers.

Weighted social sentiment combines positive/ negative commentary on the asset and multiplies it by the amount of social volume.

All these metrics witnessed a decline in October 2022. Daily active addresses on the Cardano network is an indicator of activity and traders actively trading the altcoin. The number declined consistently throughout October 2022.

Weighted sentiment for Cardano remained negative throughout October 2022. This implies that the crypto community had more negative than positive comments and mentions about Cardano on social media platforms.

Over the past week, Cardano survived the FTX liquidity crisis and crypto bloodbath. The altcoin was not listed on the FTX exchange, therefore, it didn’t witness a drawdown similar to Bitcoin and Ethereum. Despite that, the number of large wallet investors holding Cardano has steadily declined.

Analysts predict a rally to $0.51 as Cardano prepares for recovery

RektCapital, a pseudonymous crypto analyst, evaluated the Cardano price trend and predicted an 8% rally to the upside. The analyst has set a bullish target of $0.51 for Cardano. 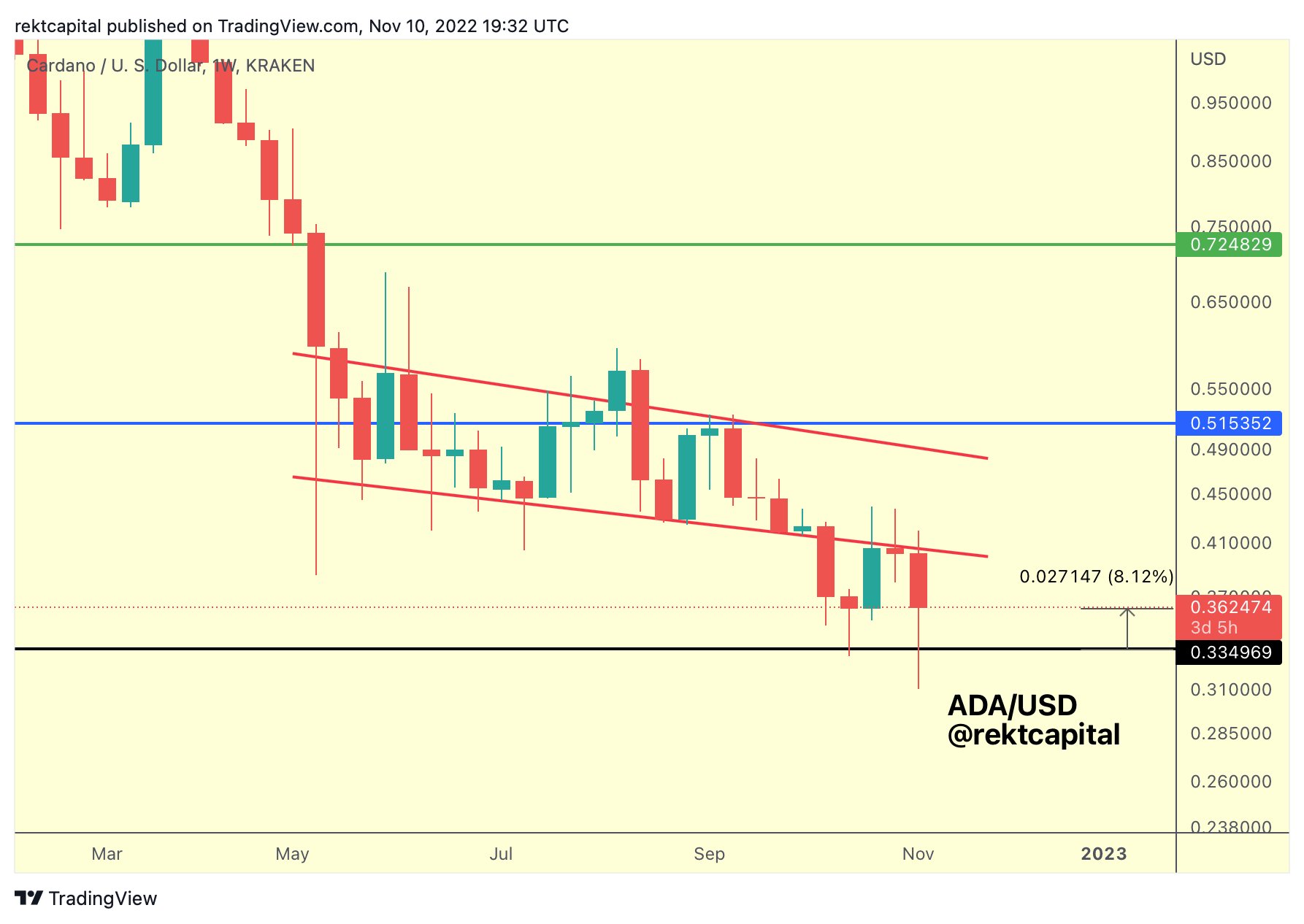 A drop below $0.33 could invalidate the bullish thesis and suggest that support at this level is weakening.