Cardano price has been on a steady downtrend since January 18 from a short-term time frame. The recent move has slipped below a stable support level to collect liquidity. Therefore, investors can expect ADA to see a reversal in the coming week.

Cardano price set up a short-term local top at $1.26 on February 8 after rallying 25% in roughly a week. This run-up faced exhaustion leading to a steep correction to $1.01 and lower. The move collected liquidity, signaling that ADA is due for a reversal.

Therefore, investors can expect Cardano price to see a resurgence of buyers in the coming days. Although the $1.10 barrier might hinder this upswing it is not significant so, ADA is likely to continue going higher.

The $1.20 level has played a crucial role in setting up a higher high in January and is also a weekly resistance barrier. Hence, ADA will likely retest this level and set up a local top here. In total, this run-up would constitute a 20% ascent. 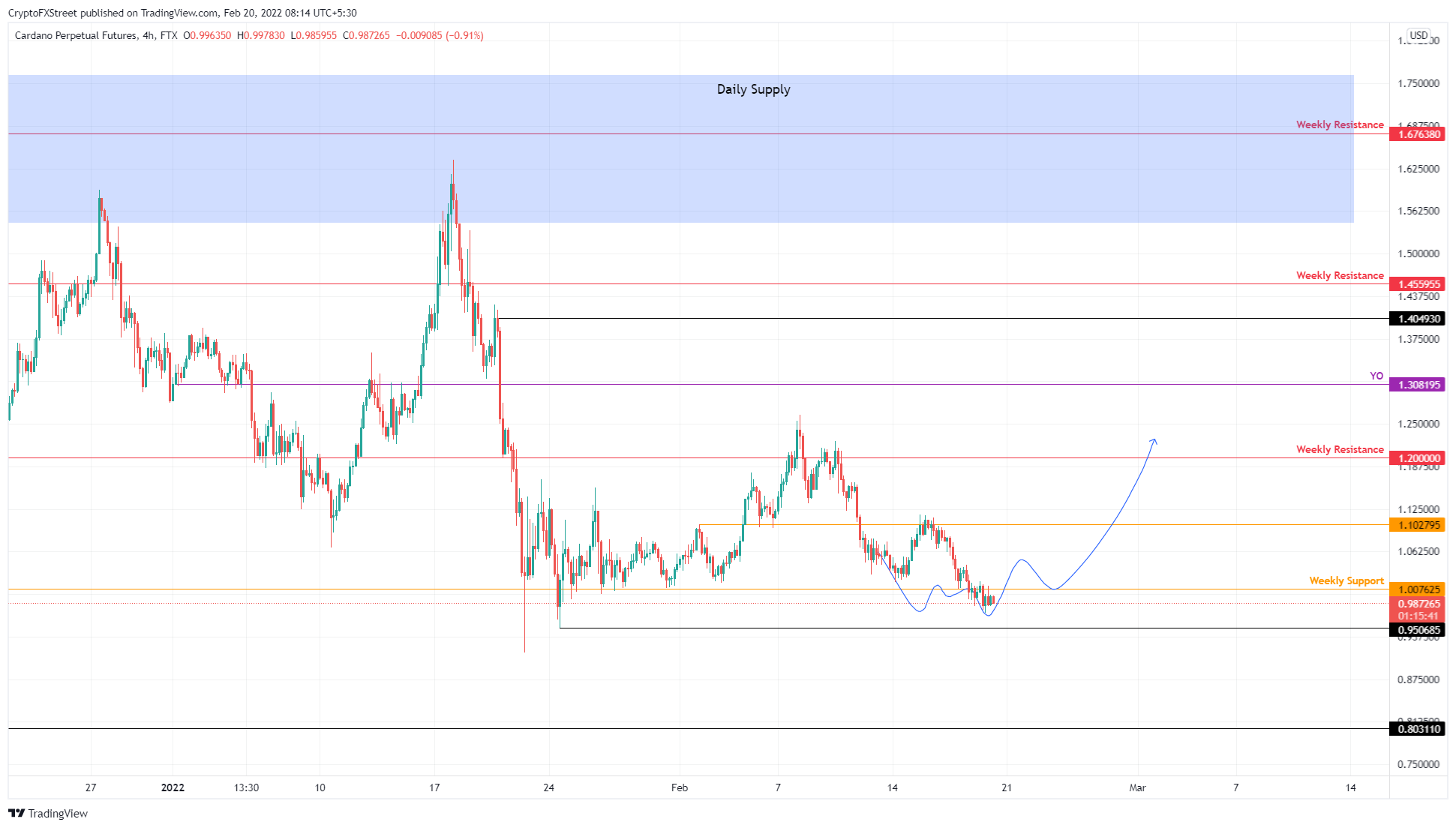 While things are looking up for Cardano price, a Bitcoin-induced flash crash that pushes ADA to produce a four-hour candlestick close below the January 24 swing low at $0.951 will create a lower low.

This move will likely skew the odds in the bears’ favor invalidating the bullish thesis and triggering a potential move to the downside.