Cardano price saw a massive uptick in buying pressure over the past five days and shows signs this trend could continue. ADA needs to clear one crucial hurdle to confirm the persistence of the bullish outlook.

Cardano price rose roughly 26% from January 10 and January 13, setting up a swing high at $1.35. Soon after, ADA retraced 10% and reversed the trend resulting in full reversal and a retest of the $1.35 barrier again.

From January 4 to January 16, ADA has tagged this barrier five times. Therefore, there is a high chance this level has weakened and the most recent retest could break through. Assuming ADA bulls push through, the altcoin would visit the $1.38 barrier and collect the buy-stop liquidity resting above it.

In a highly bullish case, ADA will make a run for the weekly resistance barrier present just below the four-hour supply zone, extending from $1.46 to $1.52. While ADA might not retest $1.52, there is a good chance Cardano price could tag the $1.46 hurdle, bringing the total ascent to 9% from the current position.

This move would suggest that the five-month downtrend could be due for a reversal and that investors can expect ADA to start its bullish regime. 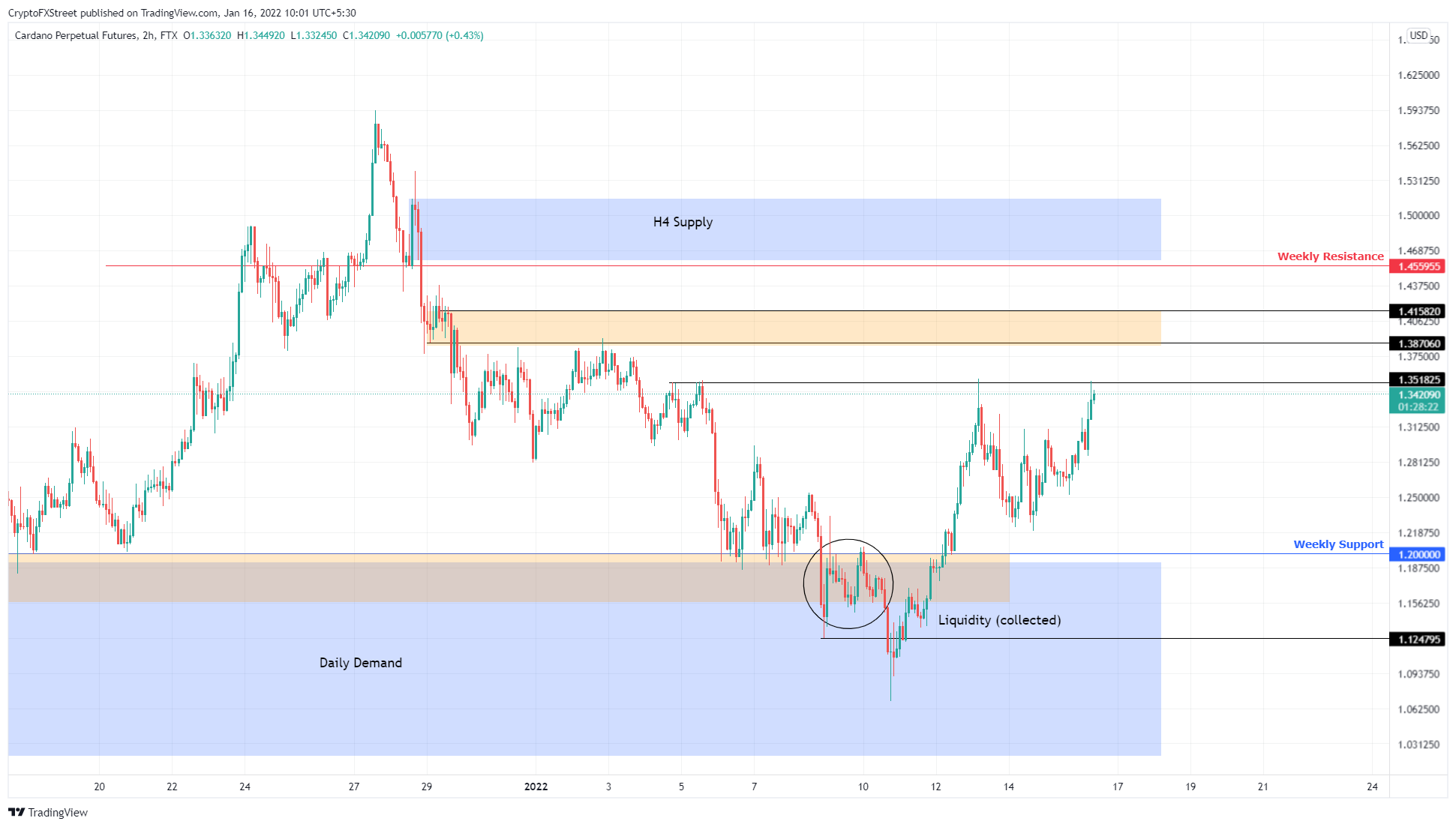 On the other hand, if Cardano price fails to breach through the $1.35 barrier, it will indicate that the hurdle is tough. This rejection could lead to a downtrend that retest the weekly support level at $1.20. Here, buyers can band together for a comeback, but a four-hour candlestick close below it will dent the optimism and likely invalidate the bullish thesis.