Bitcoin is back in the spotlight after Tesla's CEO Elon Musk announced that the company has started accepting BTC as a payment method. The flagship cryptocurrency quickly rose over $1,600 on Musk's remarks and seems primed to regain track to new all-time highs.

Tesla has started accepting Bitcoin as a form of payment, according to its CEO Elon Musk. All of the firm's electric vehicles, including the world's best-selling all-electric car Model 3, can now be purchased with BTC.

The bold move by Tesla could influence Bitcoin's mainstream adoption, especially when considering that the company will allow BTC payment capabilities outside of the US later this year.

Musk also confirmed his intent not to convert into fiat currency the BTC tokens received for every Tesla vehicle sold. Instead, the firm will retain the coins by using an "internal and open source software [that] operates Bitcoin nodes directly."

You can now buy a Tesla with Bitcoin

Bitcoin price surged by more than 3% following Tesla's announcement, gaining more than $1,600 in market value. The pioneer cryptocurrency seems to have bounced from the 200 four-hour moving average after enduring a 12.44% correction in the past five days.

The recent rebound seemingly formed a double-bottom pattern on BTC's 4-hour chart. Another increase in buying pressure that allows Bitcoin price to move past the 100 and 50 four-hour moving averages will add credence to the optimistic outlook. But breaking through the $60,000 resistance level will solidify it.

Slicing through these resistance barriers could see Bitcoin price retest March 13's all-time high of nearly $62,000 and march to a new record high of $64,400. 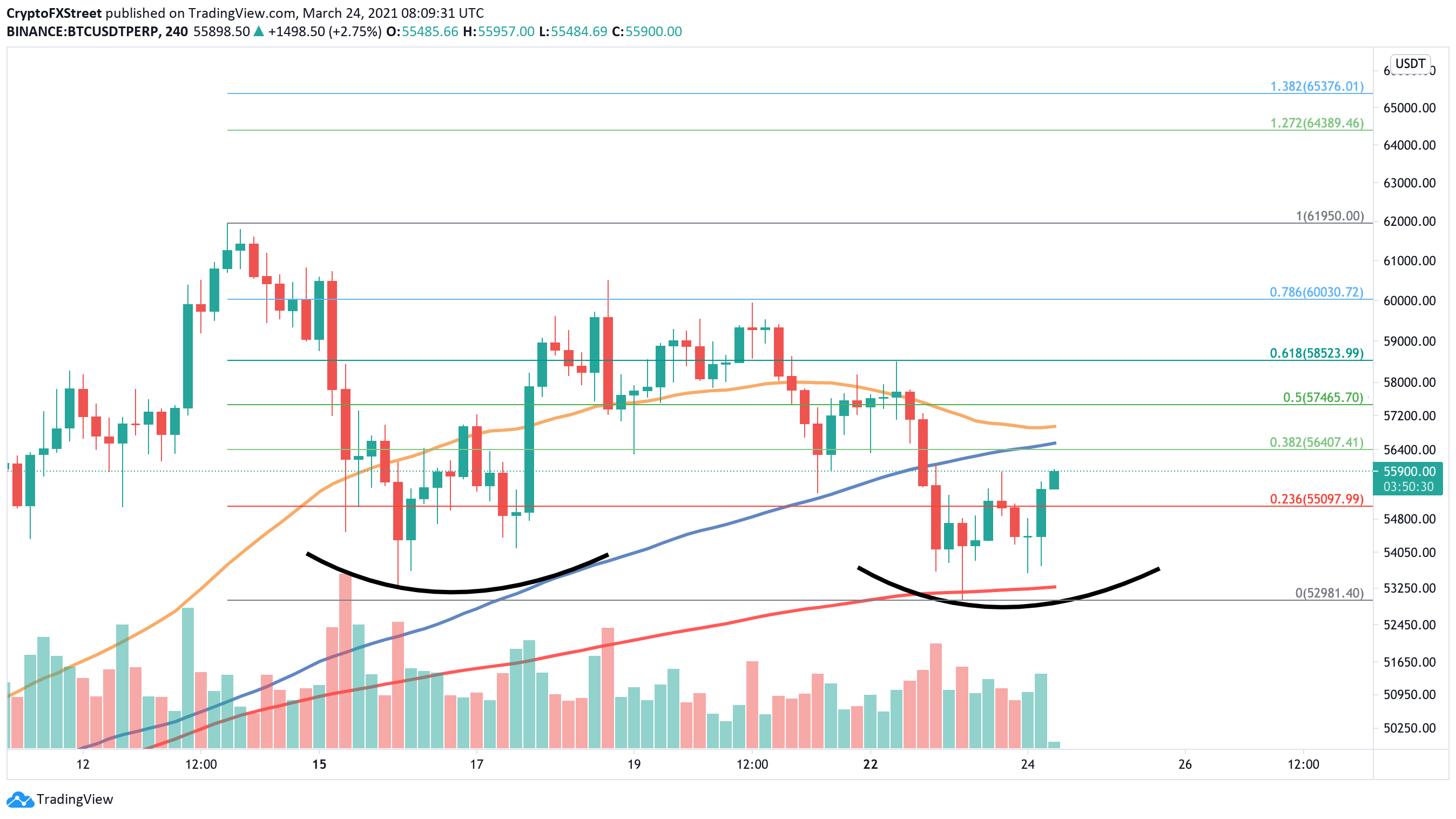 It is worth noting that BTC price must hold above the 200 four-hour moving average for the bullish thesis to be validated. Failing to do so might generate panic among investors, causing Bitcoin to retrace to the next significant support level at $49,000.

XLM price has climbed over 40% since the July 20 low, shredding the trading range defined by the descending parallel channel since the end of June. The rise has taken Stellar to a trifecta of resistance around $0.278, but enthusiasm behind ...

Bitcoin price was up over 14% at one time today, taking it close to the imposing resistance beginning at $41,300. BTC falling wedge pattern breakout remains secure and projects higher prices.

SafeMoon price nears lift-off, as SAFEMOON possesses the conditions for a big move

Safemoon price has been coiling within a descending triangle pattern since the May crash, highlighted by no sustainable rallies and continuous support along the May 19 low of $0.00000261.