Earlier today, Tesla announced a $1.5 billion investment in Bitcoin under a new policy and also stated that they are expecting to accept BTC as a form of payment soon. Of course, Bitcoin price reacted extremely well and pushed to new highs at $45,000.

Many exchanges suffered significant outages, including Binance, which was partially down for several minutes. Elon Musk has been talking about Dogecoin for the past several months, however, it seems that the business magnate has ditched the meme cryptocurrency and only bought Bitcoin.

Bitcoin price surges by 17% thanks to Tesla

On the daily chart, Bitcoin price had a breakout from a descending triangle pattern on February 2 with a price target of $45,000, which was just hit in the past few hours thanks to a big announcement from Tesla. 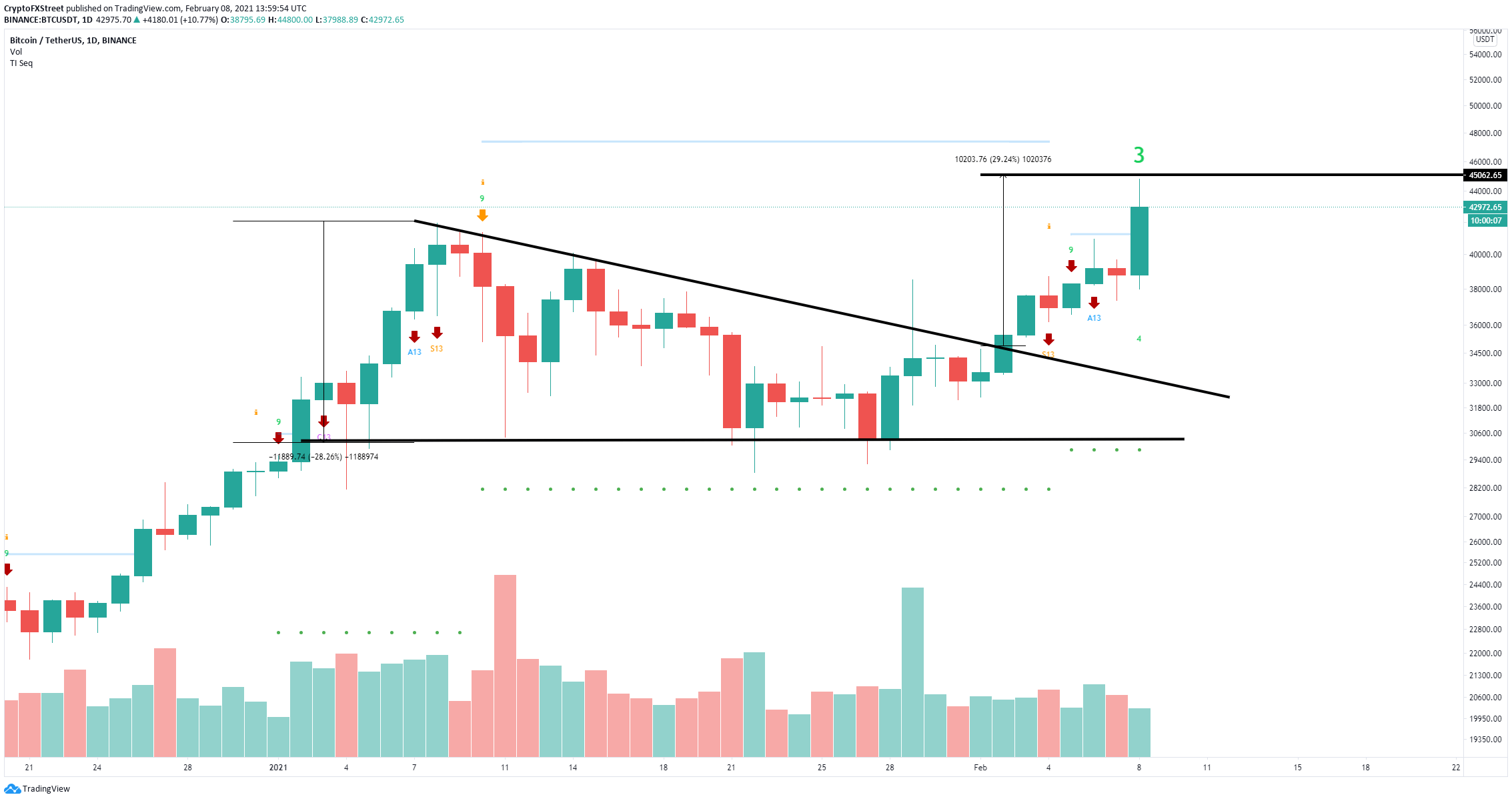 However, given the magnitude of the announcement, Bitcoin price could continue surging even more. Tesla also stated that its prepared to accept BTC payments in the near future, which should increase Bitcoin’s use cases even more.

However, this recent surge also created a significant spike in the MVRV (30d) for Bitcoin climbing to 21.7% and slowly approaching the danger zone above 30%, which usually indicates an asset is on the verge of a correction.