In the past 24 hours, a lot has happened in the cryptocurrency market. First, the WallStreetBets Reddit group announced an upcoming pump on DogeCoin which rallied by more than 1,000%. Shortly after, Elon Musk changed his Twitter bio to #Bitcoin and followed up with the next tweet.

In retrospect, it was inevitable

The cryptocurrency market in the past 24 hours

Elon Musk hasn’t tweeted anything else after changing his bio to #Bitcoin, but Gabriel Makhlouf, governing council of the European Central Bank did make a public statement warning investors that they could lose everything, adding:

Personally, I’m not sure why people invest in those sorts of assets, but they see them as assets clearly. Our role is to make sure that consumers are protected.

Of course, this was received with a ton of criticism from most retail investors who are angry about the most recent events with the trading app Robinhood which stopped retail investors from further buying GameStop stocks.

In his most recent report about Bitcoin, Peter Brandt states that Bitcoin price could go into many directions. However, thanks to the recent pump from Elon Musk’s tweet, Bitcoin has broken out of several potential patterns on the daily chart. 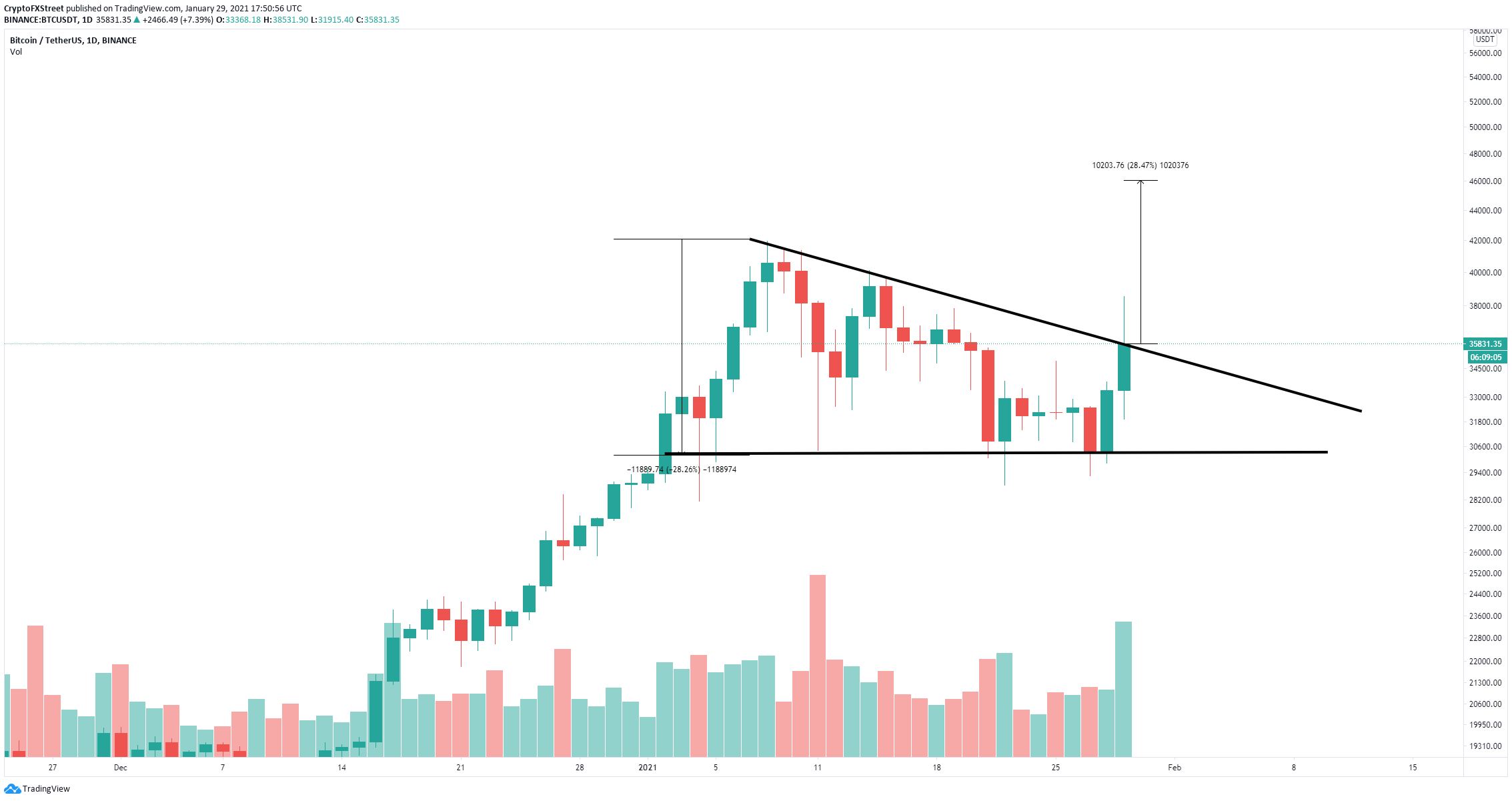 On the daily chart, The descending triangle pattern has broken bullish with a price target of $46,000. According to the In/Out of the Money Around Price (IOMAP) model, the next significant resistance area is located between $37,700 and $38,480 with 248,000 BTC in volume.