Bailey argued that ​​El Salvador’s decision to adopt Bitcoin as a currency was alarming because consumers are likely to suffer from the cryptocurrency’s extreme volatility.

Trading around $43,000 on the first day of El Salvador’s Bitcoin adoption as legal tender, Bitcoin surged to a new historical high above $68,000 on Nov. 9. BTC’s price has significantly tumbled since then, with Bitcoin trading at $54,626 at the time of writing. 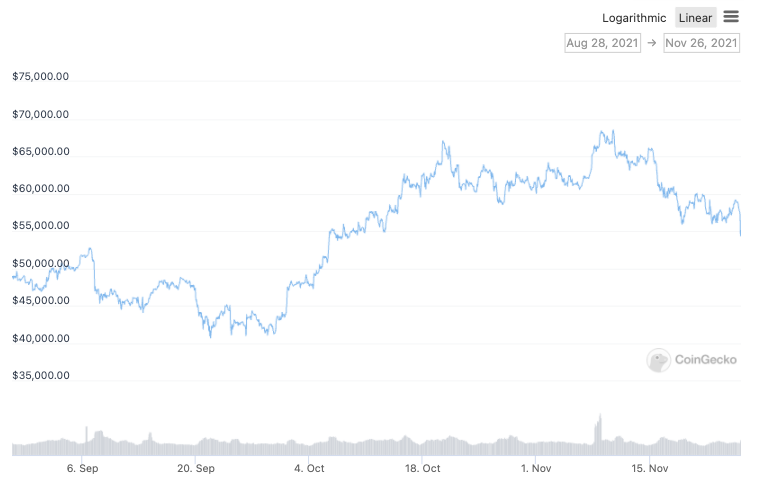 “It concerns me that a country would choose it as its national currency,” Bailey said at the Cambridge University student union appearance, Bloomberg reported on Thursday.

The governor also questioned whether Salvadorans understand the nature and the volatility of Bitcoin at all, which causes his biggest concern.

Bailey also cited a new statement on El Salvador by the International Monetary Fund (IMF), which is responsible for tracking risks to global financial systems. Issued on Monday, the statement outlines “significant risks” arising from Bitcoin as a legal tender and Bitcoin trading in El Salvador.

The IMF previously issued a warning against El Salvador’s Bitcoin Law in June, which didn’t prevent the country from adopting it and accepting BTC as legal tender in September. Bailey added that the BoE is studying whether to launch a central bank digital currency (CBDC), stating:

“There is a strong case for digital currencies, but in our view, it has to be stable, particularly if it’s being used for payments. That is not true for crypto assets.”

The news comes shortly after BoE deputy governor for financial stability Sir Jon Cunliffe declared that CBDCs are a “revolution in the functionality of money driven by technology.” On the other hand, the majority of the British adult population was skeptical and concerned about a potential CBDC adoption in an August survey by Redfield & Wilton Strategies.