Cryptocurrencies are recovering some ground after its weekend descent. Bitcoin is moving 5.68 percent for the day, recovering its 6,200 level, after dropping to $5,880 late Sunday.  Ethereum, XRP, LTC, and most of the cryptocurrencies recover since early morning at a similar pace. A notable mention should go to Energy(NRG), with an 11.6 percent jump. Ethereum-based tokens are also recovering from the weekend slump, with CRO(+5.12%) and SNT(+9.5%) leading the gains. 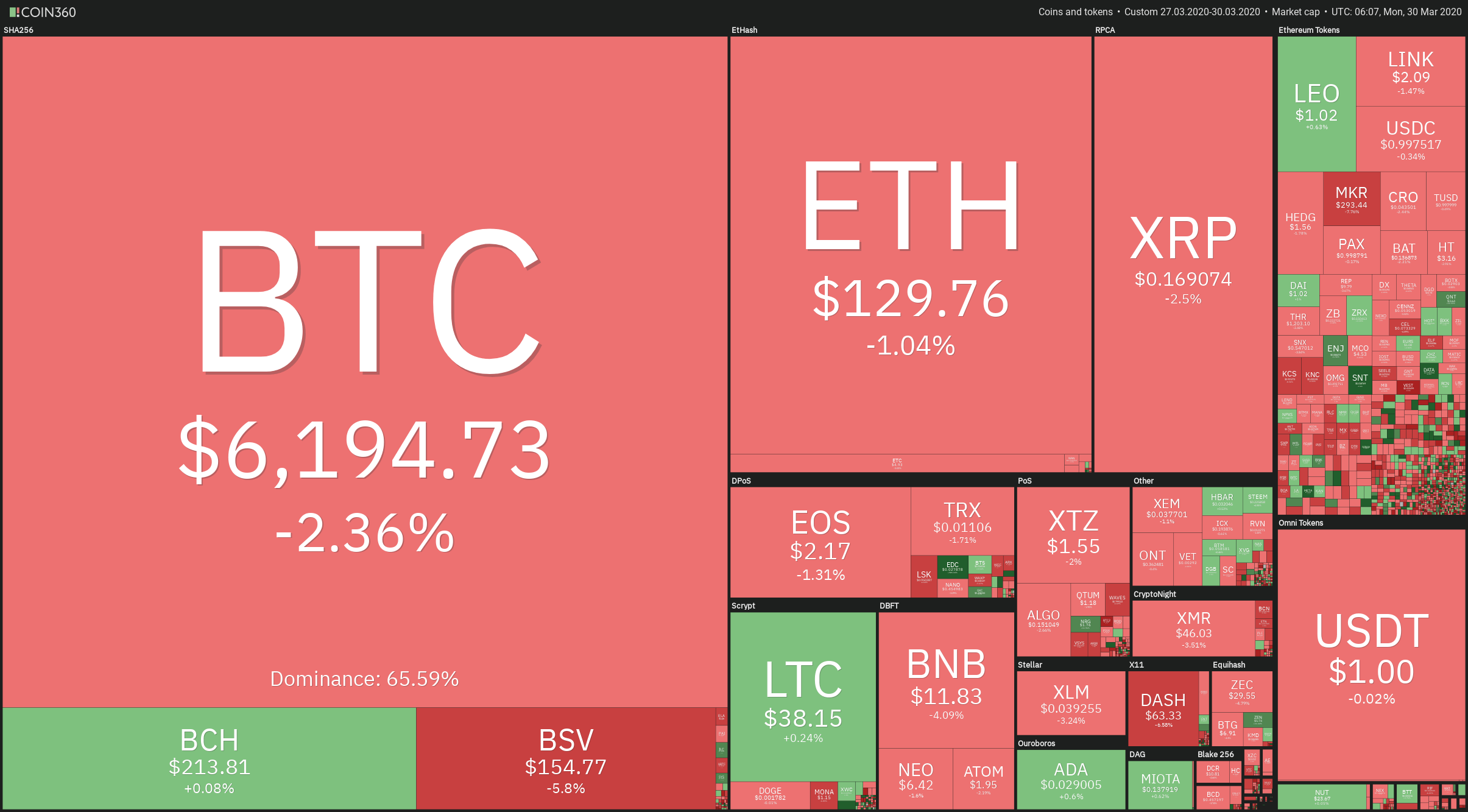 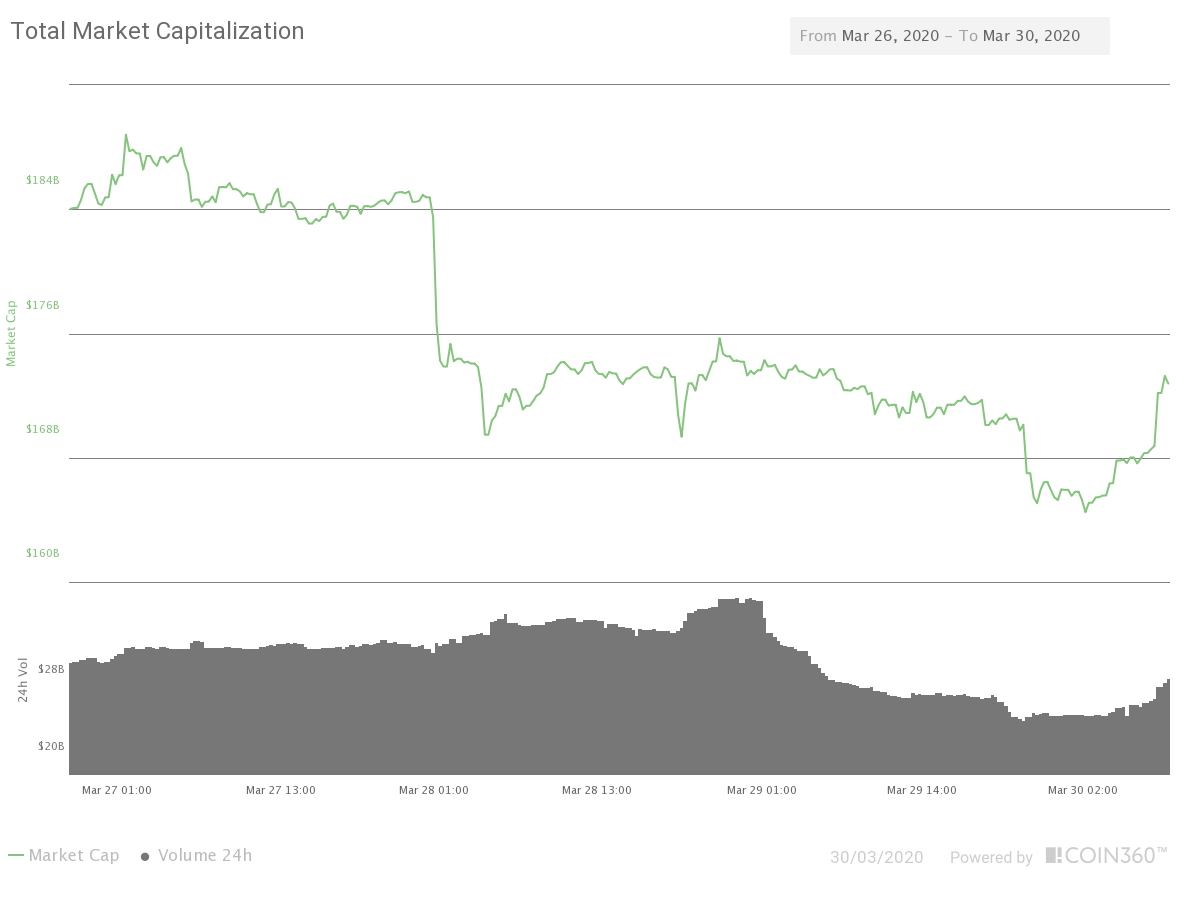 Binance will delist all 25 FTC leveraged tokens "Due to lack of understanding of how leveraged tokens work by many of our users." FTX leveraged tokens are ERC-20 smart contracts with 3X leverage for every future on FTX. They are available for long (BULL), short(BEAR) and hedging(HEDG). Binance said in a note that they don't want to support leveraged tokens because they are complex products, and Binance is not willing to manage the user education and customer support.

Negative interest rates have arrived in the U.S.  Both 1- and 3-month Short-term treasuries have dropped below zero as investors had unloaded their stocks and converted them into cash.

According to Garrick Hileman, head of Blockchain.com research,

"Negative interest rates can potentially pose a challenge to the ability of USD-backed stablecoins to operate as-is.", He stated that negative interest rates introduce risk in maintaining the 1:1 redemption ratio as the issuers have to keep collateralized dollars in the bank accounts, earning adverse interest, thus, losing value with time. One proposed solution is the one proposed by Libra’s net asset model (NAV) - to peg stablecoins to a basket of currencies. However, the solution allows for fluctuations in the value of the backing currencies. (source: theblockcrypto.com)

On the chart, we see that BTC has broken the triangular formation to the downside. However, currently, it has bounced off from the $5.850 level and has created a morning star signal, and also an engulfing pattern in the 8H timeframe. It's next candle also moves with strength, although, now it is touching resistance levels, as the price moved towards the mid-Bollinger line. The MACD is still negative, but it may make a bullish crossover if the momentum keeps increasing. The price still moves in the lower side of the Bollinger bands, and the volume is thin, but there is strength in the buying side that seems it is growing. The critical action to confirm a new bullish leg is a breakout of the $6,300 level. 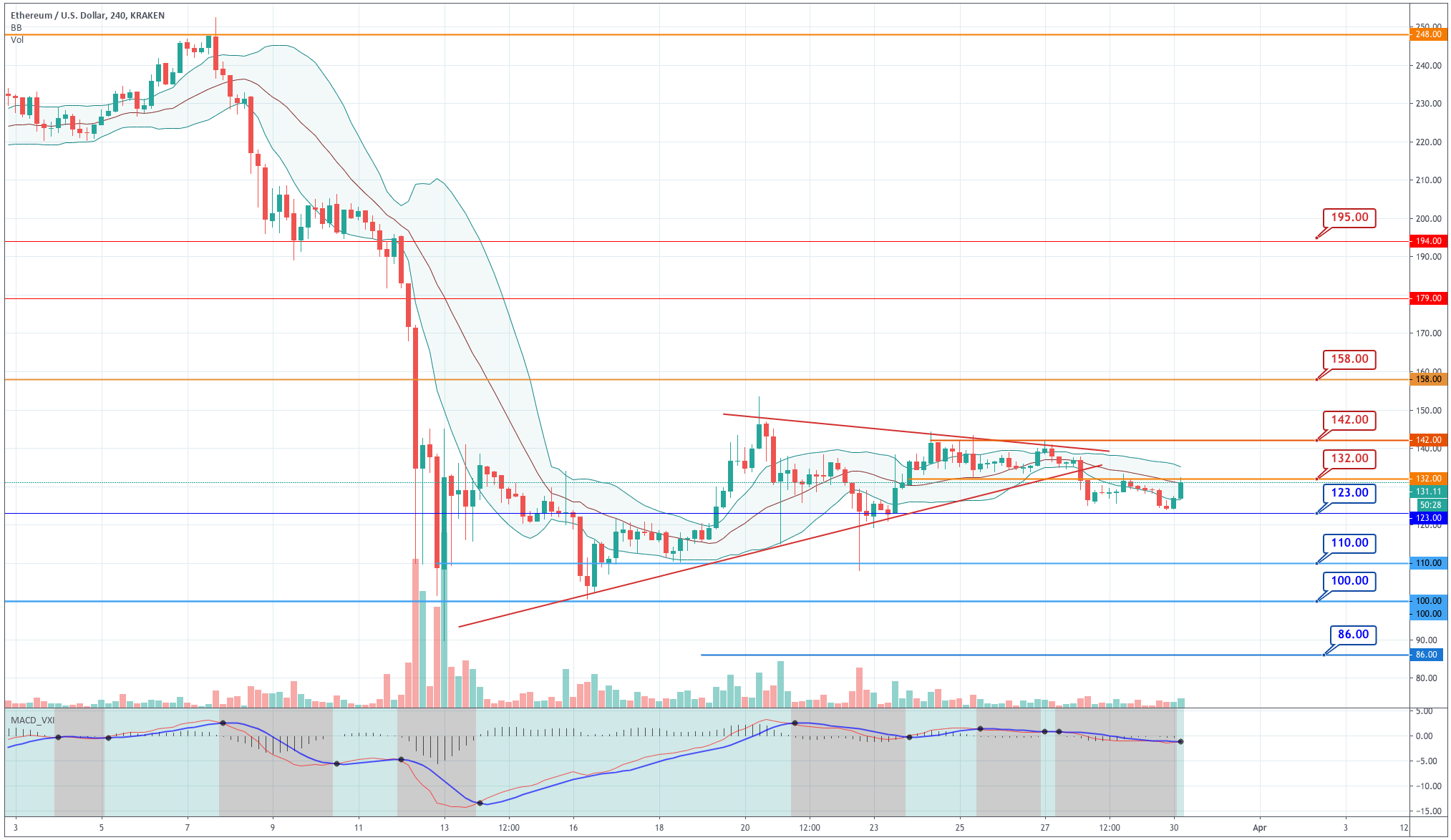 Ethereum also broke its triangular formation to the downside, but it found support at $123 and now is bouncing off from that level. The price made an engulfing figure in the 8H frame and is currently touching the mid-Bollinger band, as the MACD is creating a bullish transition. Since the price, overall, is moving horizontally, this move likely continues to the upside to test the $142 level again. We have to see the current bar close above $132 to confirm the movement. 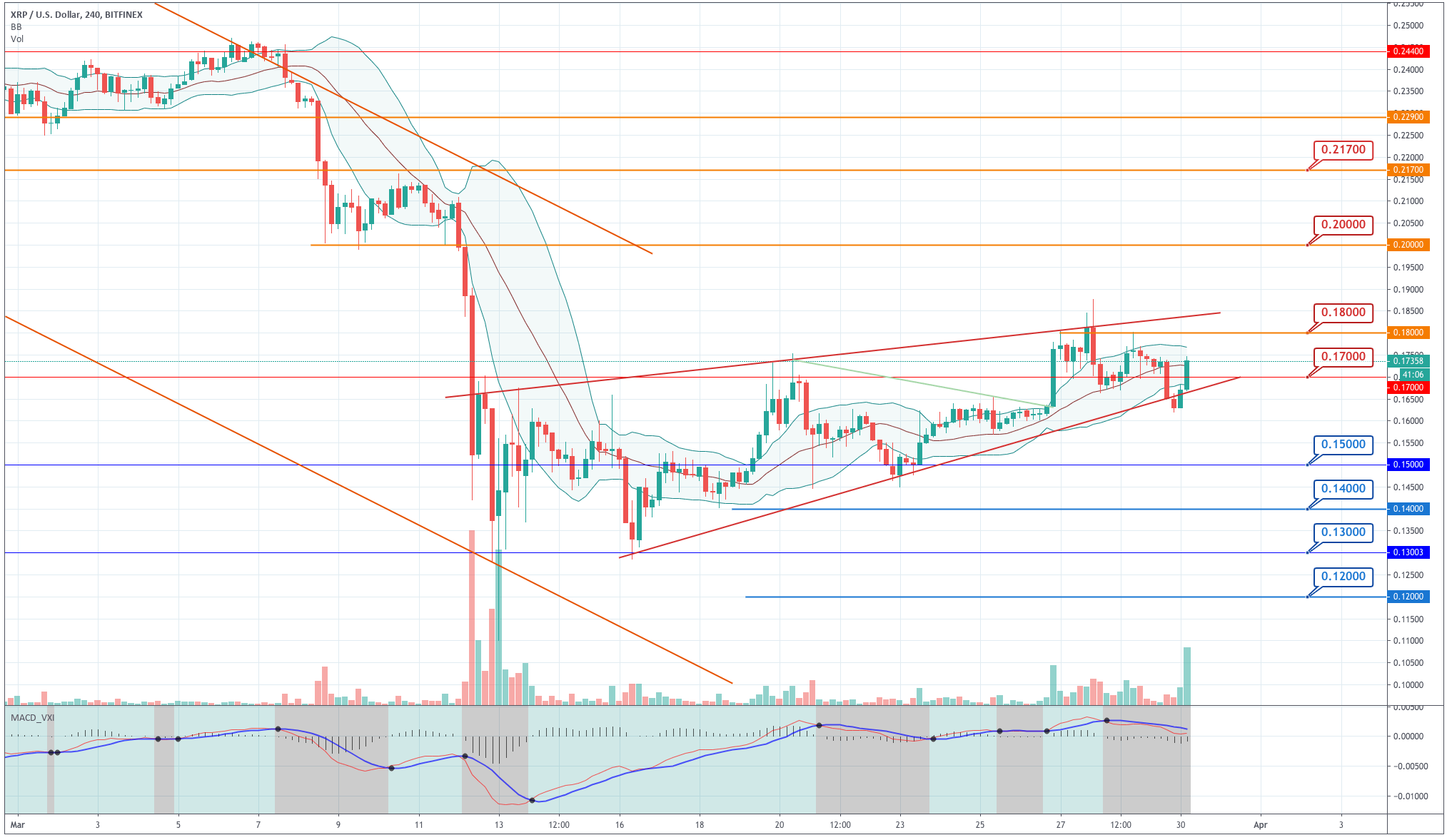 Ripple has retraced its last movement, as we assumed last week, and, after making a false breakout of the lower trendline, it bounced off and headed to the center of the ascending wedge. The movement was made on a large volume and created an engulfing pattern in the 8-hour timeframe. Thus, we assume that the buyers are currently in control of the price action on Ripple. We think buyers will push it to at least test the recent XRP highs of $0.187.