Bitcoin has taken the lead in the recent run-up in the cryptocurrency market yet again as it moved back above the $19,000 mark. Prices have managed to retain all the gains realized over the last few weeks after recording a new all-time high of $19,950.

Bitcoin price prepares for a brief correction before another leg up

While the long-term outlook remains bullish for Bitcoin, a couple of signs seem to be indicating that it might be time to take profits in the short-term.

BTC's daily chart shows that prices are still looking good as the moving averages point upwards. After touching the 34-day exponential moving average, a spike in demand around this support level led to a rebound just below the upper Bollinger band. 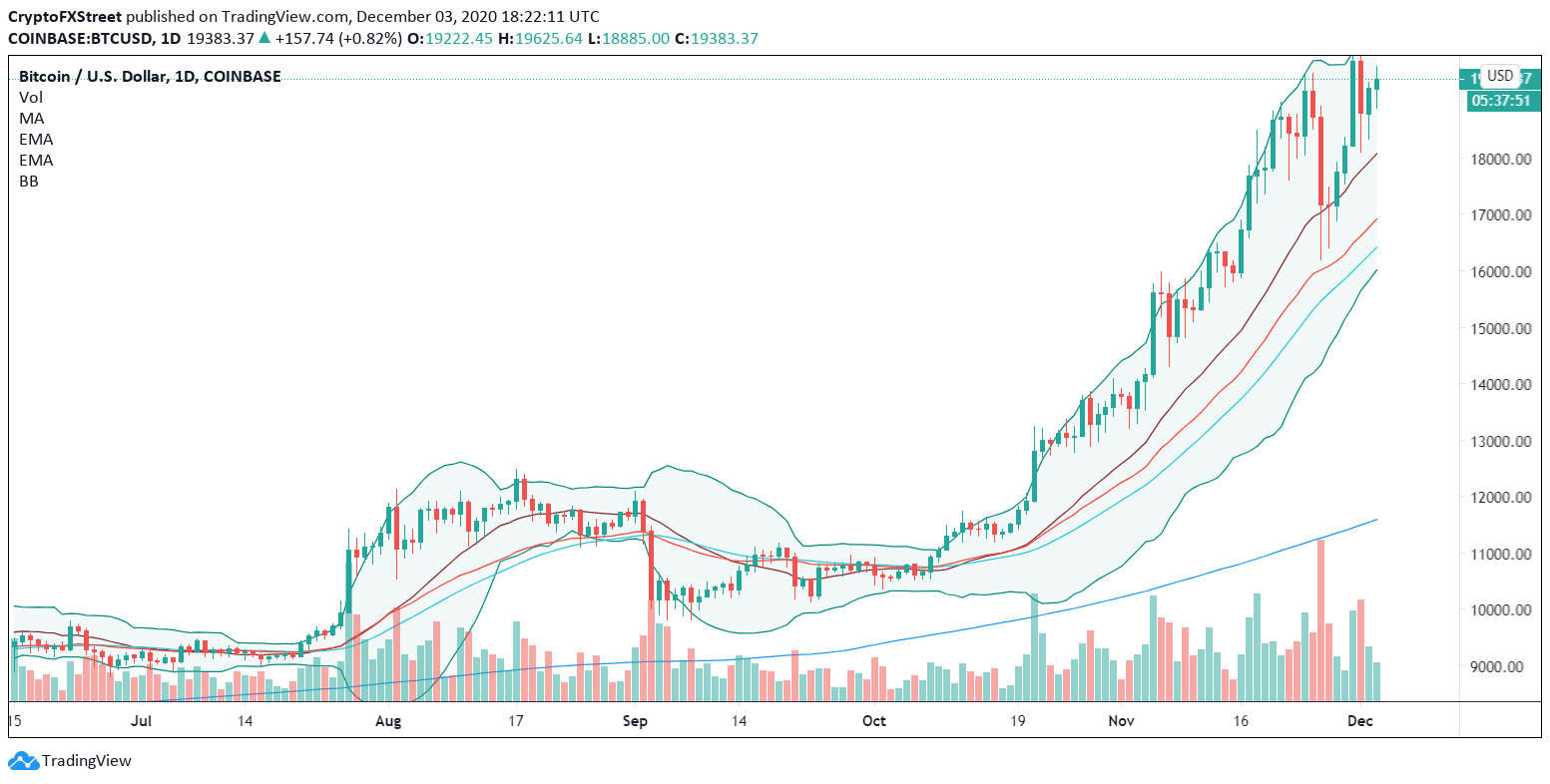 Meanwhile, the On-Balance Volume indicator, or OBV, which measures the cumulative volume of high buying and selling pressure while factoring price divergence, shows the probability of another higher low on the horizon. If validated, Bitcoin may present a double bearish divergence. 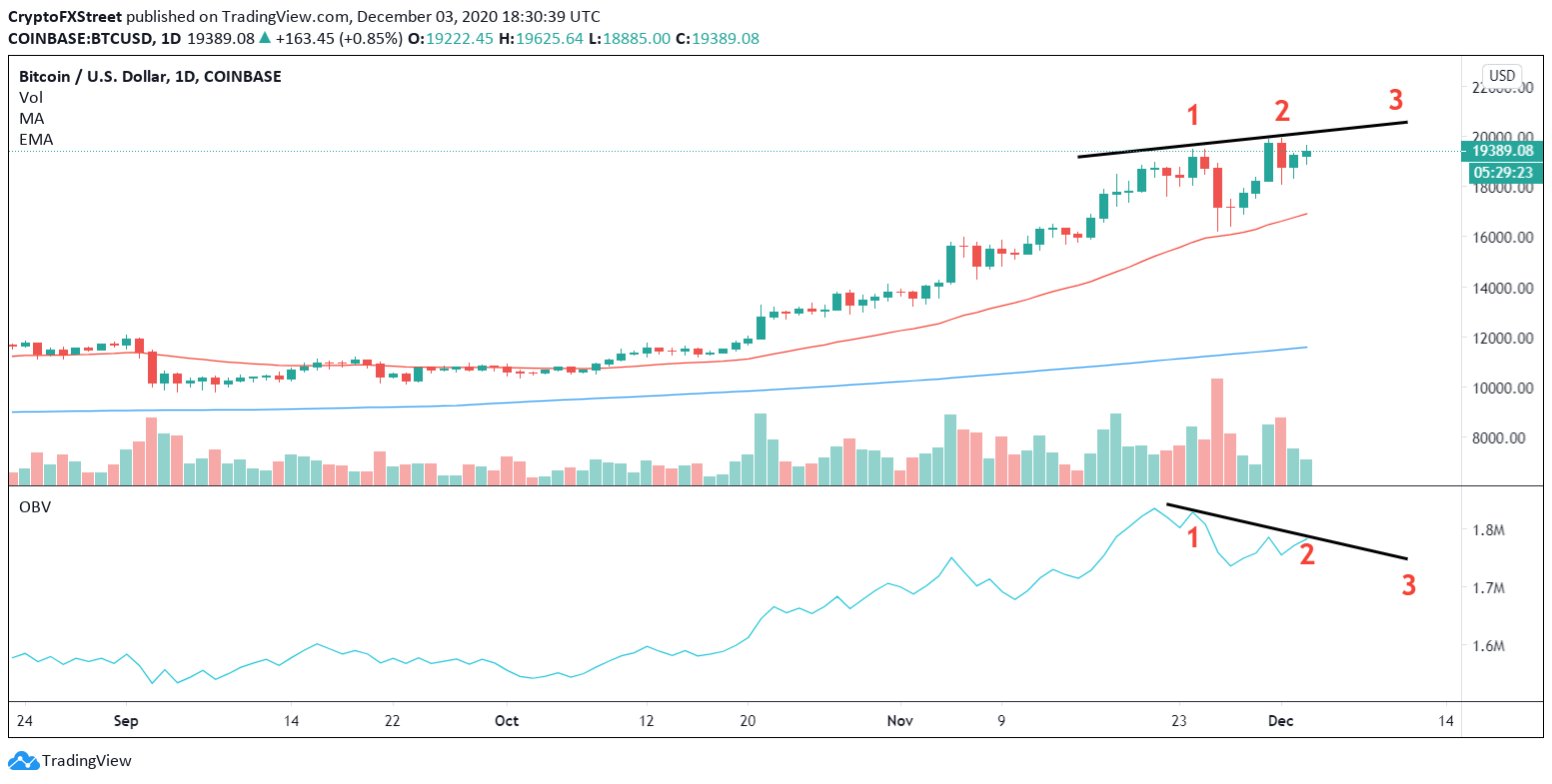 Moreover, the appearance of a double top pattern on the weekly chart is another reason to be concerned. A spike in sell orders around the current price levels may help validate all of the bearish formations previously mentioned.

If this were to happen, Bitcoin would likely take a nosedive towards $14,000. But first, it will have to break below the $16,500 support level. 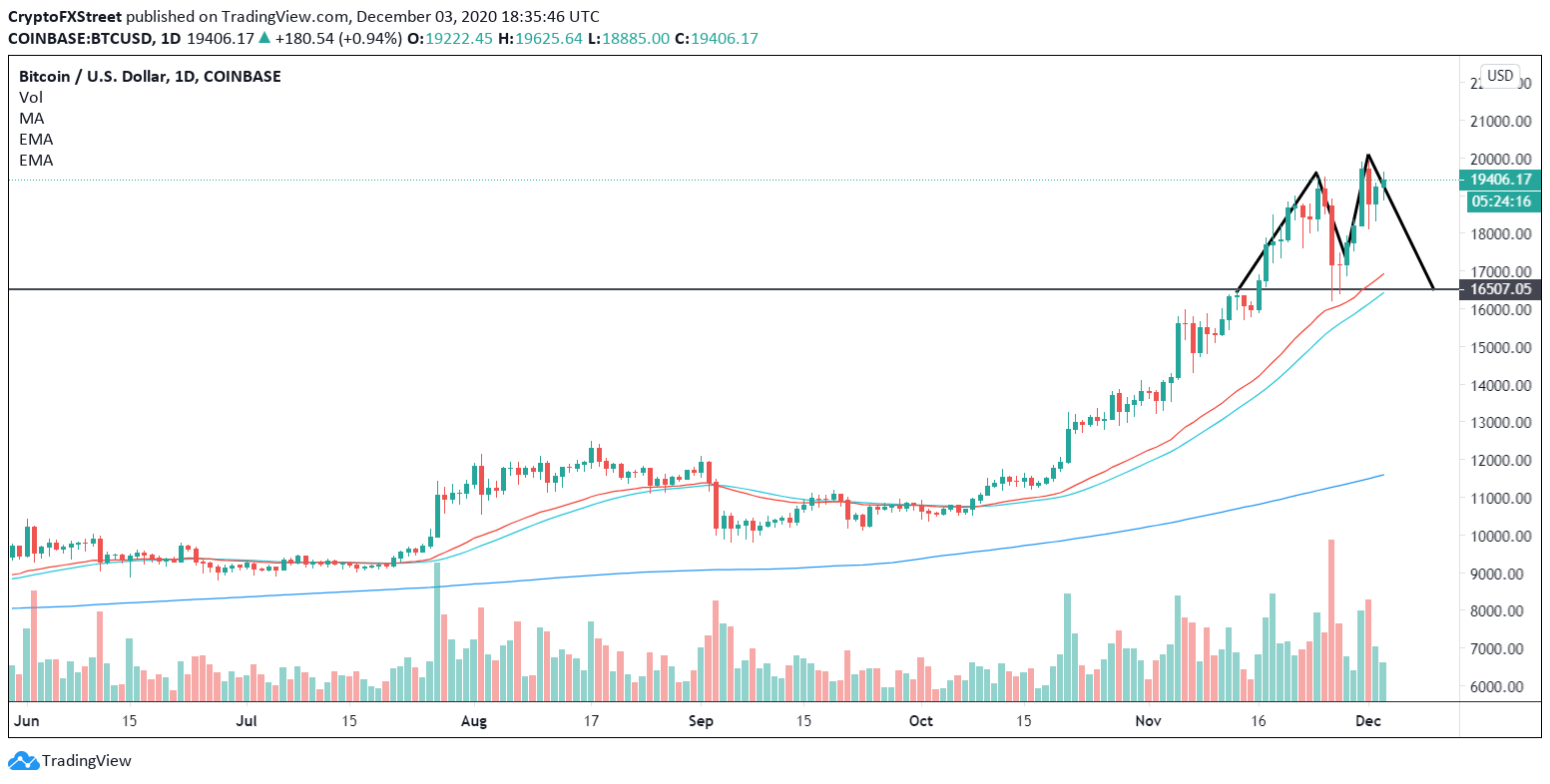 It is worth noting that these short-term bearish signals do not change Bitcoin's overall bullish outlook. Indeed, a downswing could serve as an opportunity for sidelined investors to get back in the market. A new influx of fresh capital may be followed by a spike in volatility that leads to higher highs.