Bitcoin had an exciting weekend session where it sustained the uptrend above the support discussed at $44,000 and rallied close to $50,000. The flagship cryptocurrency is getting ready for a massive upswing beyond $100,000 as the protocol undergoes the most significant supply transfer in history.

The current bull cycle has prominent figures and companies openly declaring new relationships with Bitcoin. Two of these characters are Elon Musk and the company he founded, Tesla.

As speculation mounted due to the shock Musk sent into the cryptocurrency space, premium newsletter "Bitcoin, Uncharted" realized a sudden increase in the number of retail investors from a 24-hour average of two to three million to the current average of four to five million since the beginning of February.

Investors tend to accumulate the flagship cryptocurrency in stages. For instance, the period between March and December 2020 recorded a spike in outflows from Fiat-On-Ramp exchanges to the institutional investors' bags. However, the outflows have begun to reduce in 2021.

The above chart shows that spot demand has flattened amid a consistent increase in the total exchange withdrawals. In other words, institutional investors accumulate less, while retail buyers get into the game. 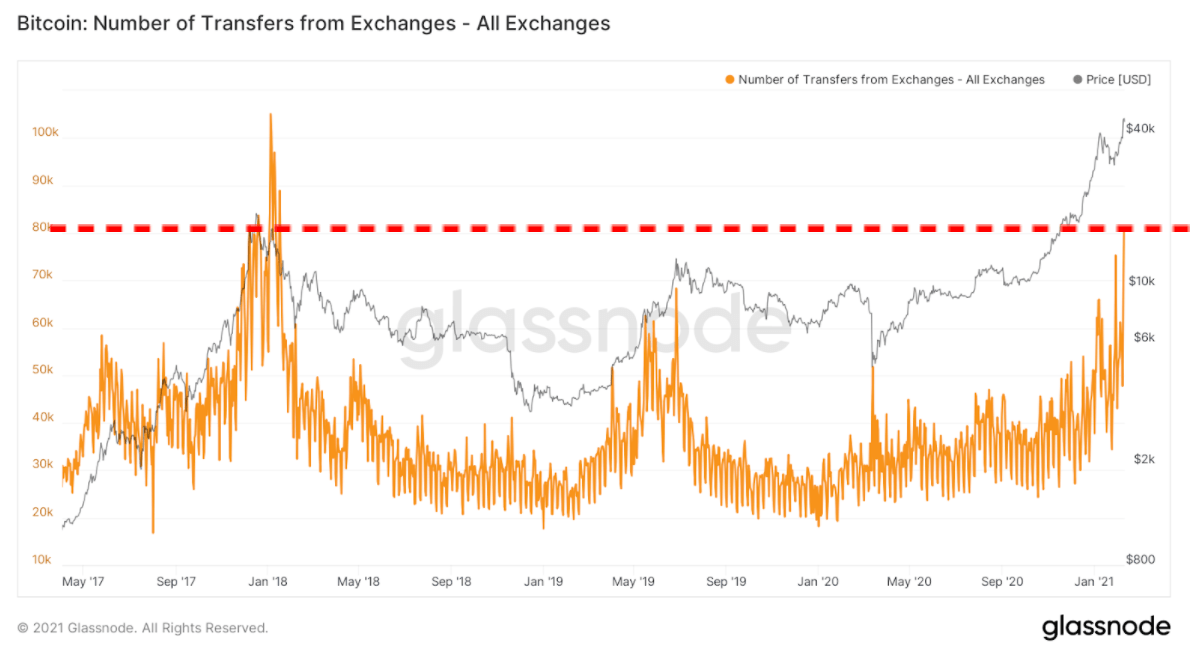 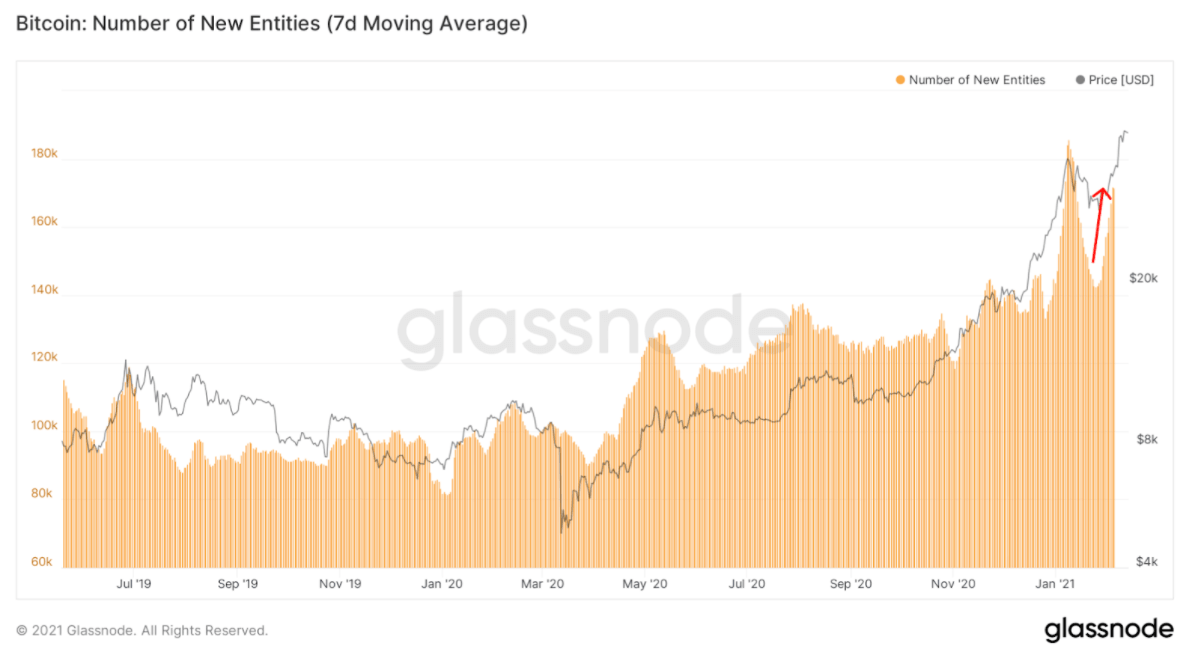 Similarly, there was a spike in derivatives volume amid the reduced demand. The chart below shows a consistent rise in the Chicago Mercantile Exchange (CME) daily volume and open interest. This increase is a clear indicator of a high-risk appetite for Bitcoin. Simultaneously, there was a spike in the derivative products' volume, whereby January recorded more volume compared to December. 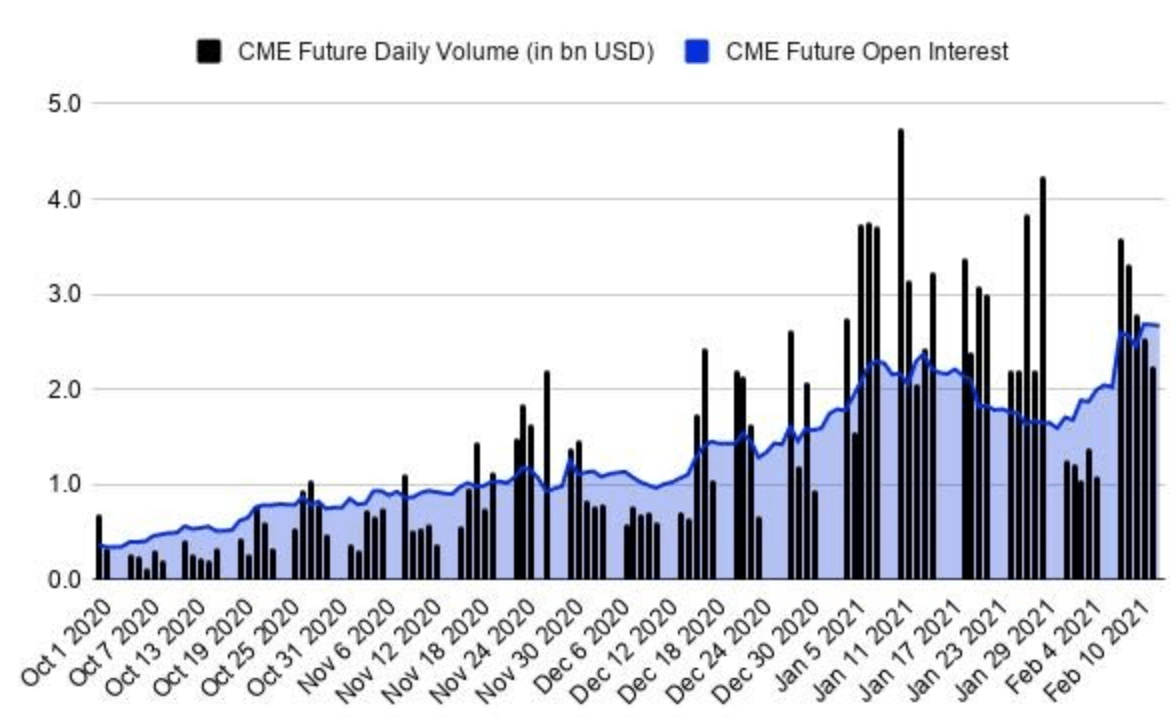 How supply squeeze leads to a macro bull cycle

As mentioned before, exchange withdrawals continue to increase with a rise in BTC price. Bitcoin, Uncharted explains that the reduction of exchange supply results in a phenomenon called a supply squeeze. It is mostly brought about by long-term holders who prefer to store. Intriguingly, this situation has a rubbing effect on retail investors because they start to buy with the intention of holding. 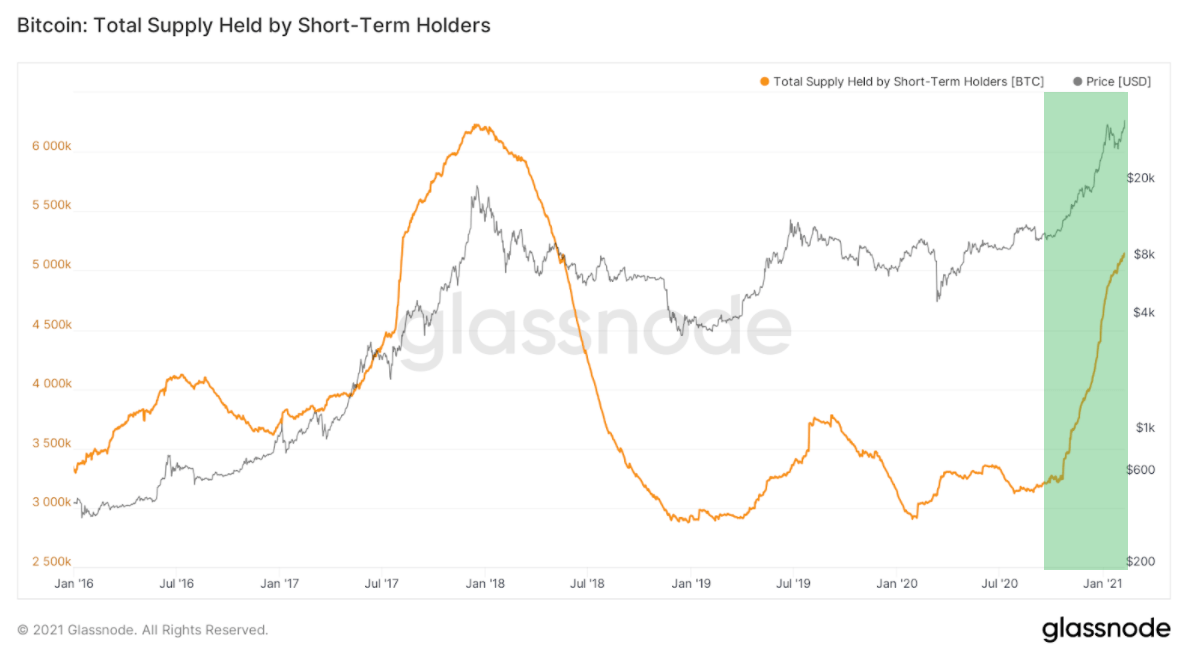 The pioneer cryptocurrency's bullish narrative is likely to be validated by prominent analyst Willy Woo's take on the vivid surge in investment flows. The NVT Price and Floor Price shows a spike in capital influx. When these models are combined, they can be used to gauge investment activity. 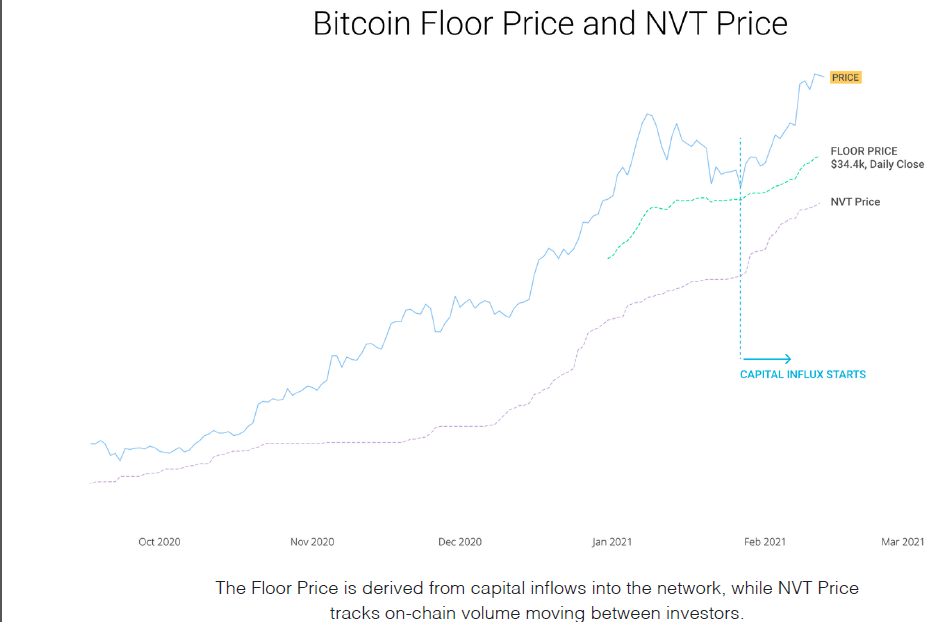 Bitcoin is technically ready to break above $50,000

The king of cryptocurrencies is trading at $47,550 after rebounding from short-term support at $46,000. Its 4-hour chart shows the price holding onto the fourth SuperTrend. This indicator's rebounds serve as potential entry points and may see Bitcoin rise above $50,000 soon. Moreover, the Relative Strength Index appears to have validated the uptrend as it bounces above the midline.

It is essential to keep in mind that Bitcoin may struggle to break above $50,000 and perhaps fail to subdue the hurdle. According to the Coinbase Premium Index, BTC  will have difficulty rallying from the prevailing price level due to the negative $42 premium on the leading US exchange.

The rally above $40,000 last week was mainly supported by speculation when Tesla bought $1.5 billion worth of Bitcoin. Therefore, there may be a need for consolidation before the flagship cryptocurrency hits another target towards the predicted $100,000.