Bitcoin price could see its downtrend retreat as it appears to reverse a period of underperformance. However, a potential rally would not be long-lived, as the prevailing chart pattern could ruin the bullish outlook.

Bitcoin price has been forming lower highs and lower lows since June 29. On the daily chart, BTC appears to be trading within a descending triangle pattern despite a bull trap that emerged on June 14, which quickly retreated by June 18.

Despite the current bearish chart pattern, Bitcoin price could be expecting a short-term reversal. The Momentum Reversal Indicator (MRI) has flashed a buy signal on July 16 while recording a new monthly low at $31,000. 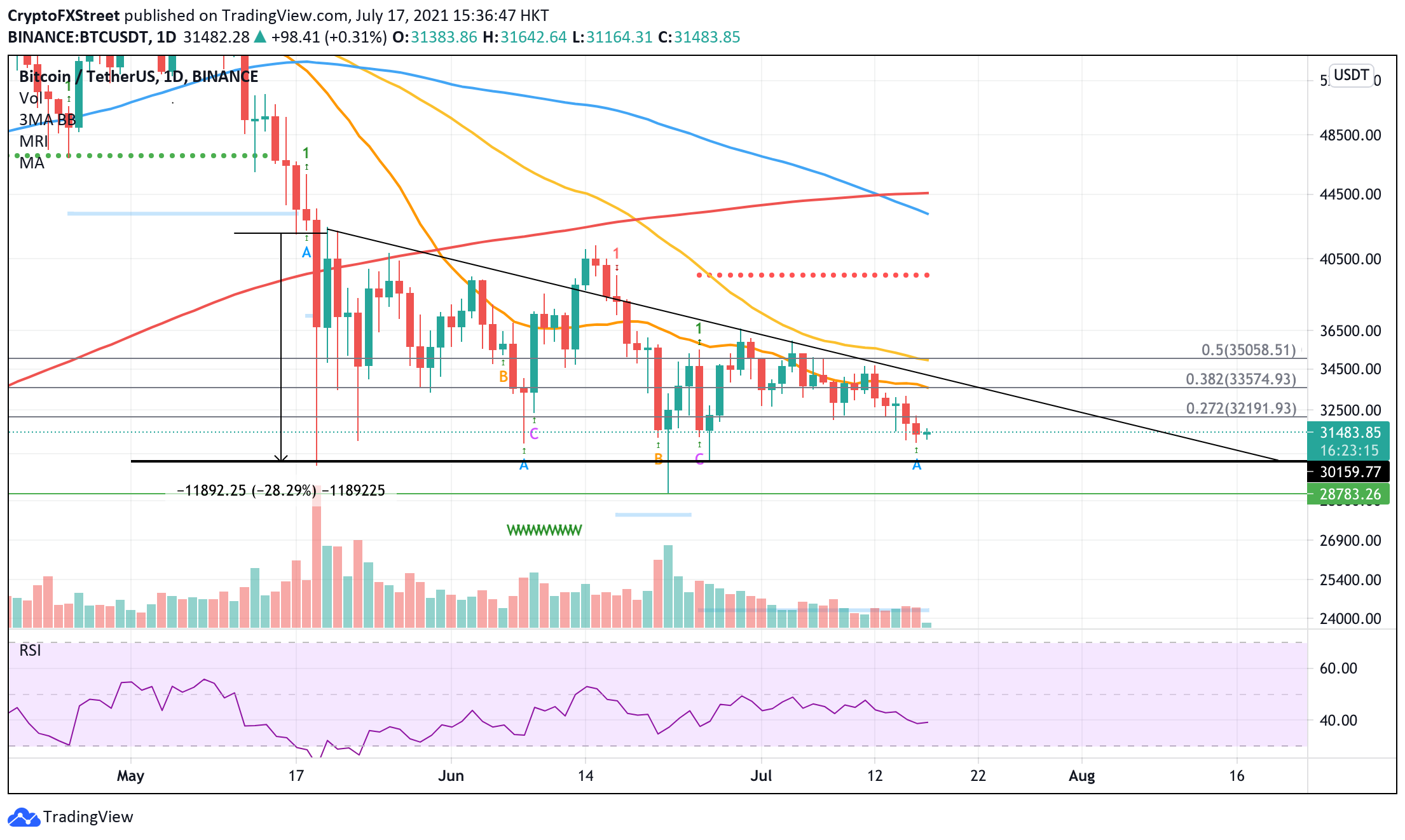 Further buying pressure could see Bitcoin price slice above the hypotenuse of the descending triangle pattern and target the 50% Fibonacci extension level, corresponding to the 50-day SMA at $35,000.

Outstanding support could be found at $30,159, the lower boundary of the descending triangle pattern. Further bearish momentum could push Bitcoin price down to retest the June low at $28,782.

Only if Bitcoin price were to lose the support level mentioned above would put the bearish target of the chart pattern on the radar, a 28% decline which sits at $21,542.