The latest slide which started in the early trading hours of Monday this week was supported by both the 50 SMA and the bullish trendline. A brief but sharp ascent occurred during the session on Tuesday, but selling pressure limited the gains marginally above $1,150. Bitcoin Cash price is currently forming a bullish flag pattern that is battling to find support above $1,125.

In other news in the market, the South African Reserve Bank (SARB) has announced that it has completed piloting ‘Project Khokha’. The bank has been testing the working of a Proof-of-Concept algorithm that it intends to use when conducting interbank money transfer. The protocol, ‘Quorum’ is a product of JPMorgan developed on Ethereum platform. The SARB has tokenized the South African Rand on the Distributed Ledger Technology (DLT). While the project has been accorded a lot of time and expertise, the Bank Governor, Francois E. Groepe has clarified more than once that it is only meant as a backup solution.

Technically, Bitcoin Cash is facing immediate resistance at $1,150, but the bullish flag pattern could lead to an upside breakout which will attack $1,200. However, the moving averages show that the buyers are slowly losing grip. Furthermore, the MACD is heading towards the negative region on the 1-hour chart. The 100 SMA could offer support above $1,100, however, the zone at $1,075 - $1,050 will prevent declines towards $1,000. 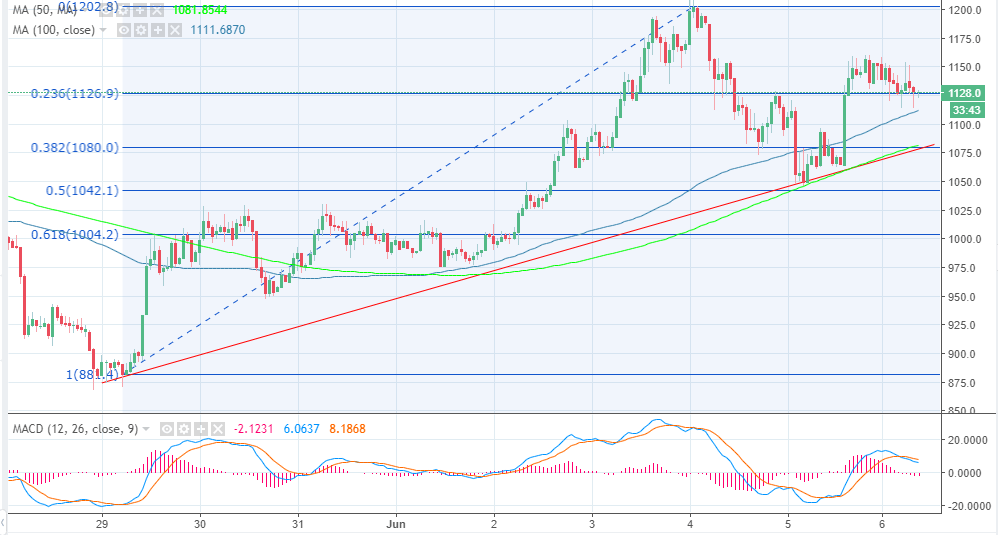