Also read: FTX exchange collapse, loss of $3.1 billion could have been avoided on one condition

Ankr Protocol, a DeFi node-as-a-service confirmed the $5 million exploit on its platform. The team at Ankr assessed the damage and capped it at $5 million worth of Binance’s native token BNB from liquidity pools.

Blockchain security firm Peckshield Inc analyzed the exploit and shared that the aBNBc token contract has an unlimited mint bug. Specifically, while minting  is protected with onlyMinter modifier, there is another function (w/ 0x3b3a5522 func. signature) that completely bypasses the caller verification, to allow arbitrary minting. The attacker exploited this bug and transferred stolen funds to mixer Tornado Cash that destroys the trail of the assets. 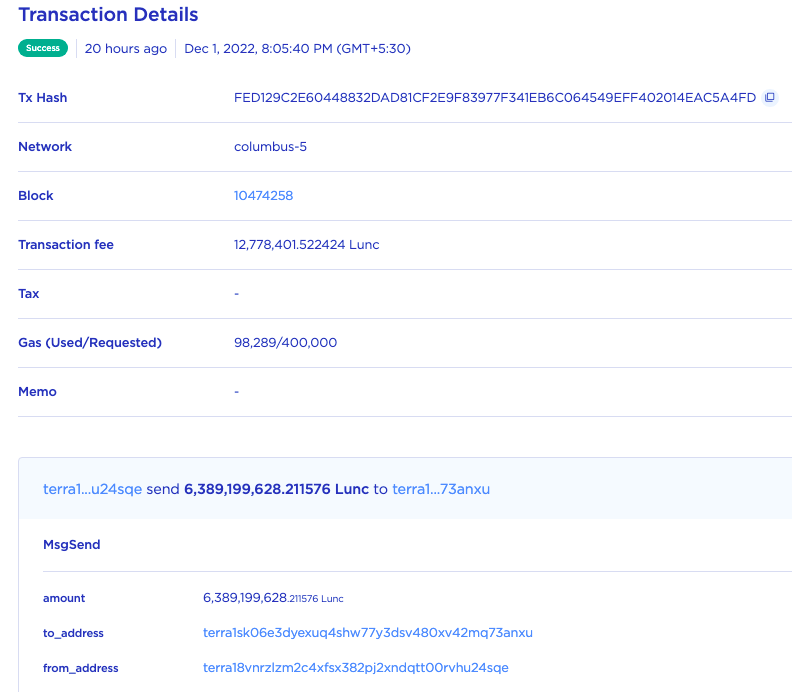 Changpeng Zhao (CZ), the CEO of Binance tweeted about the incident and told his 7.9 million followers that there is a possible exploit on Ankr Protocol. The developer’s private key was hacked, and the hacker updated the smart contract to a more malicious one. Binance paused withdrawals and froze about $3 million that hackers had moved to their Centralized Exchange (CEX).

Possible hacks on Ankr and Hay. Initial analysis is developer private key was hacked, and the hacker updated the smart contract to a more malicious one. Binance paused withdrawals a few hrs ago. Also froze about $3m that hackers move to our CEX.

Binance commented on the exploit:

We are aware of the attack targeting ankr’s aBNBc token. Our team is engaged with the relevant parties and BNBCHAIN to investigate further. This is not an attack against Binance, and your funds are SAFU on our exchange. This thread will be updated should there be any updates.

The price of Ankr Reward Bearing Stake BNB (aBNBc), the staking derivative of BNB plummeted 99.6% in response to the exploit on Ankr Protocol. 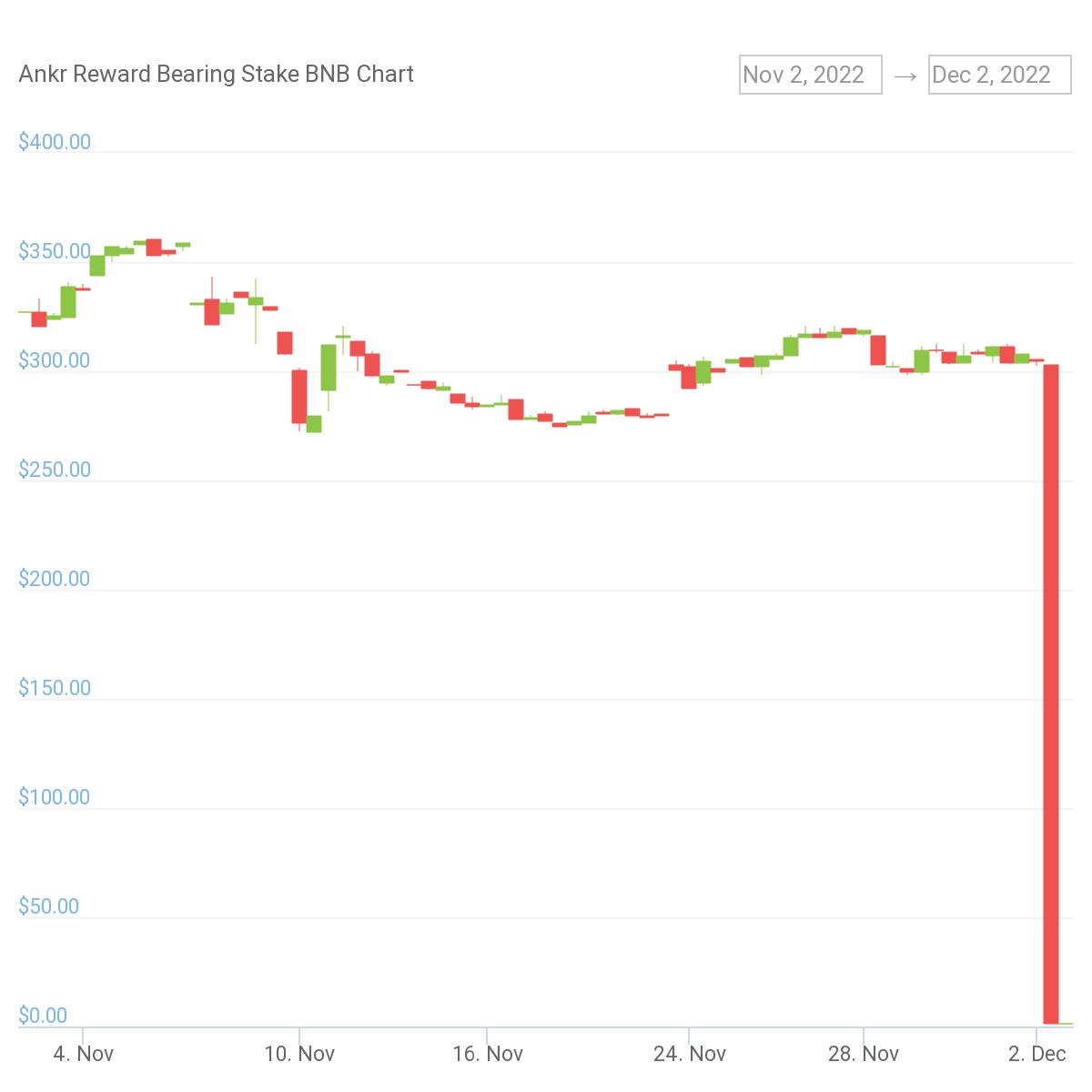 Ankr Protocol’s team assured traders that they are working on resolving the issue. The DeFi protocol proposed to address the situation by taking a snapshot and reissuing ankrBNB to all valid aBNBc holders before the exploit.

The team at Ankr has assessed the damage and it is max 5M USD worth of BNB from the liquidity pools.

We are currently working hard to resolve this issue efficiently and we would like to propose the following to address the current situation:

The ankrBNB token would still be redeemable while aBNBc and aBNBb will no longer be redeemed. Ankr will make users whole through its purchase of $5 million worth of BNB tokens and compensate the liquidity providers affected by the exploit.

The DeFi protocol’s team admitted that users are concerned and Ankr will continue working on the situation to avoid similar exploits in the future.

Binance Coin nosedived after BNB-chain based protocol was exploited 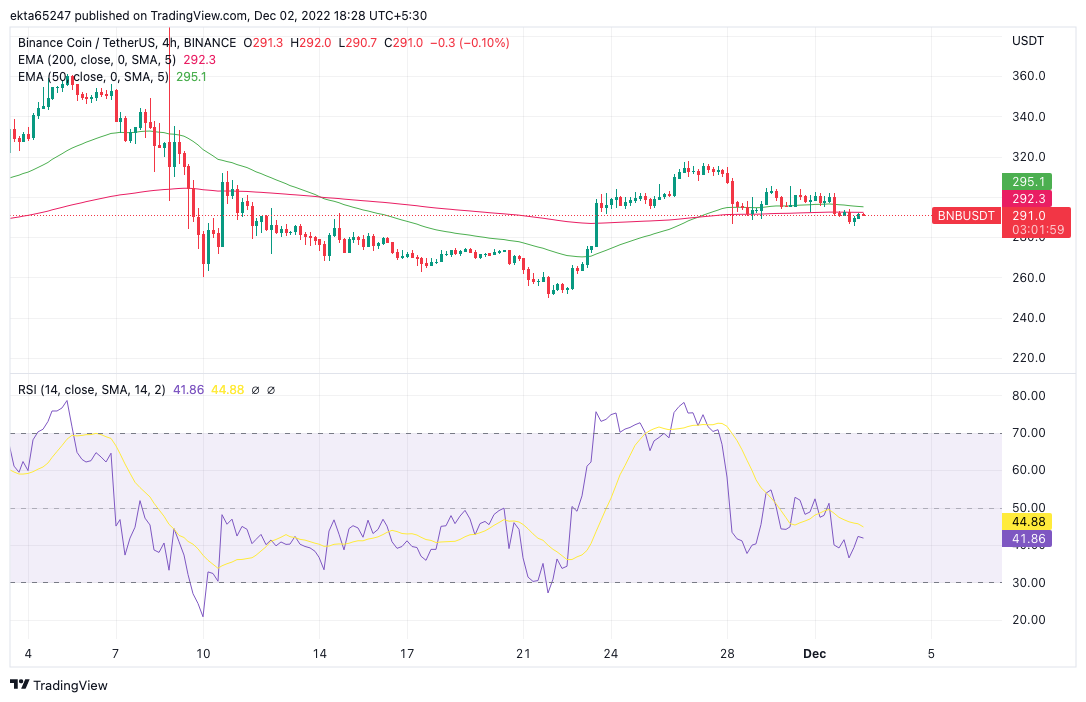 There is a price/volume divergence in BNB, trade volume is up 25% in the last 24 hours despite the price decline. BNB price could plummet lower based on the above technicals.