Axie Infinity price recovers almost all of the losses from the previous trade day. As a result, two hypothetical trade setups are present on the $1.00/3-box Reversal Point and Figure chart. A bullish breakout is the most likely, but threats to the downside remain unless buyers can push Axie Infinity higher.

Axie Infinity price poised to confirm one of the most potent bullish Point and Figure Patterns: the Bullish Catapult

Axie Infinity price has a highly bullish setup on its Point and Figure chart. The Bullish Catapult setup will be complete if Axie Infinity moves higher to create a double-top at $129. The entry on the hypothetical trade setup is a buy stop at $130, a stop loss at $126 and a projected profit target at $151. The strength of this setup is further enhanced because the entry would simultaneously convert Axie Infinity to a bull market. In addition, a two-box or three-box trailing stop will help protect any presumptive unrealized gains made post-breakout. 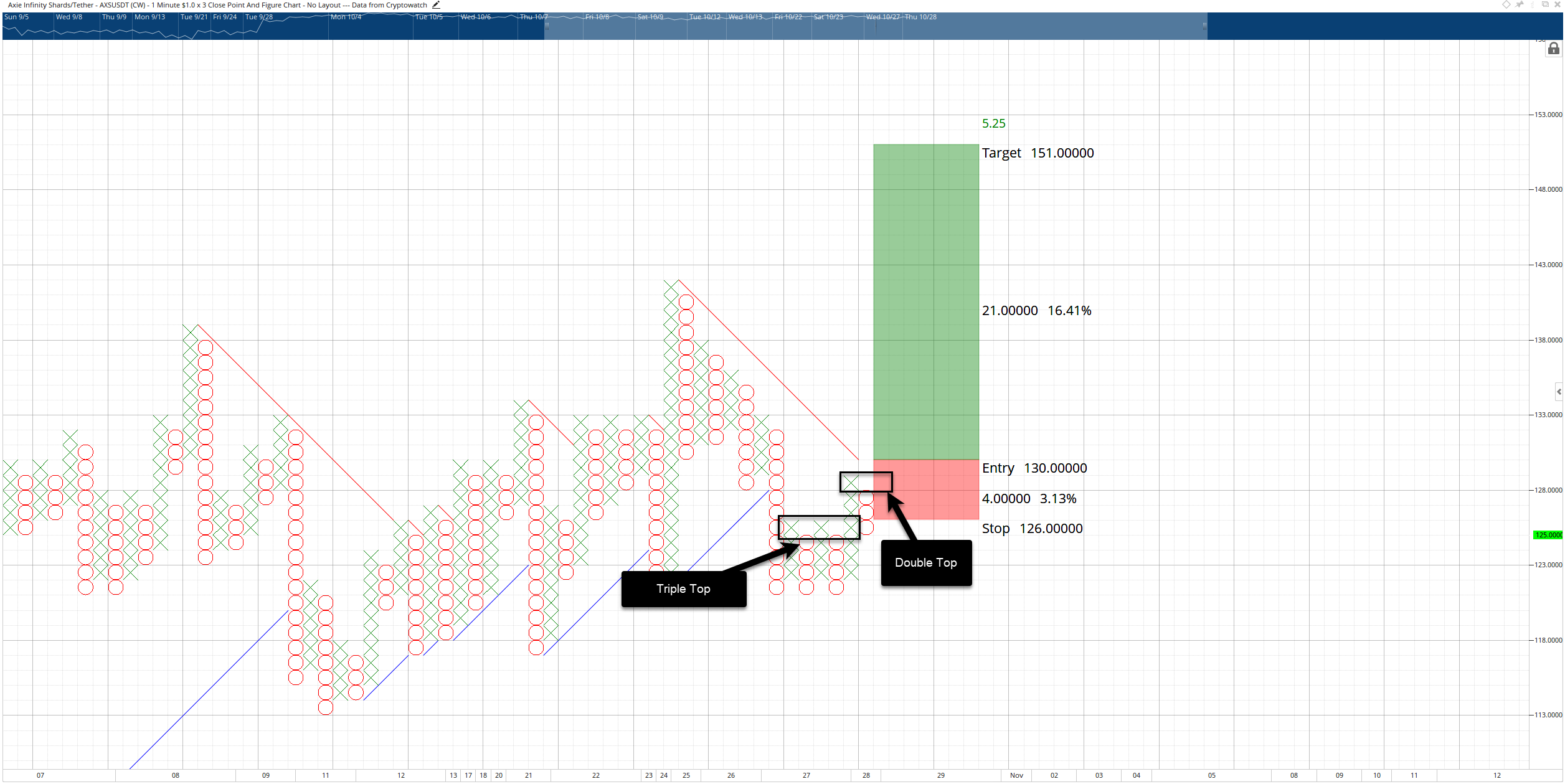 The Bullish Catapult entry is valid only if the next column of Xs creates the double-top and the entry at $130; otherwise, it is invalidated.

On the short side of the market, Axie Infinity price looks for a breakdown below a quadruple bottom. The entry on this hypothetical short trade setup is at $120, with a stop loss at $124 and a profit target at $107. Because the quadruple bottom often generates violent and quick moves, having a predetermined two-box trailing stop would help manage the trade. 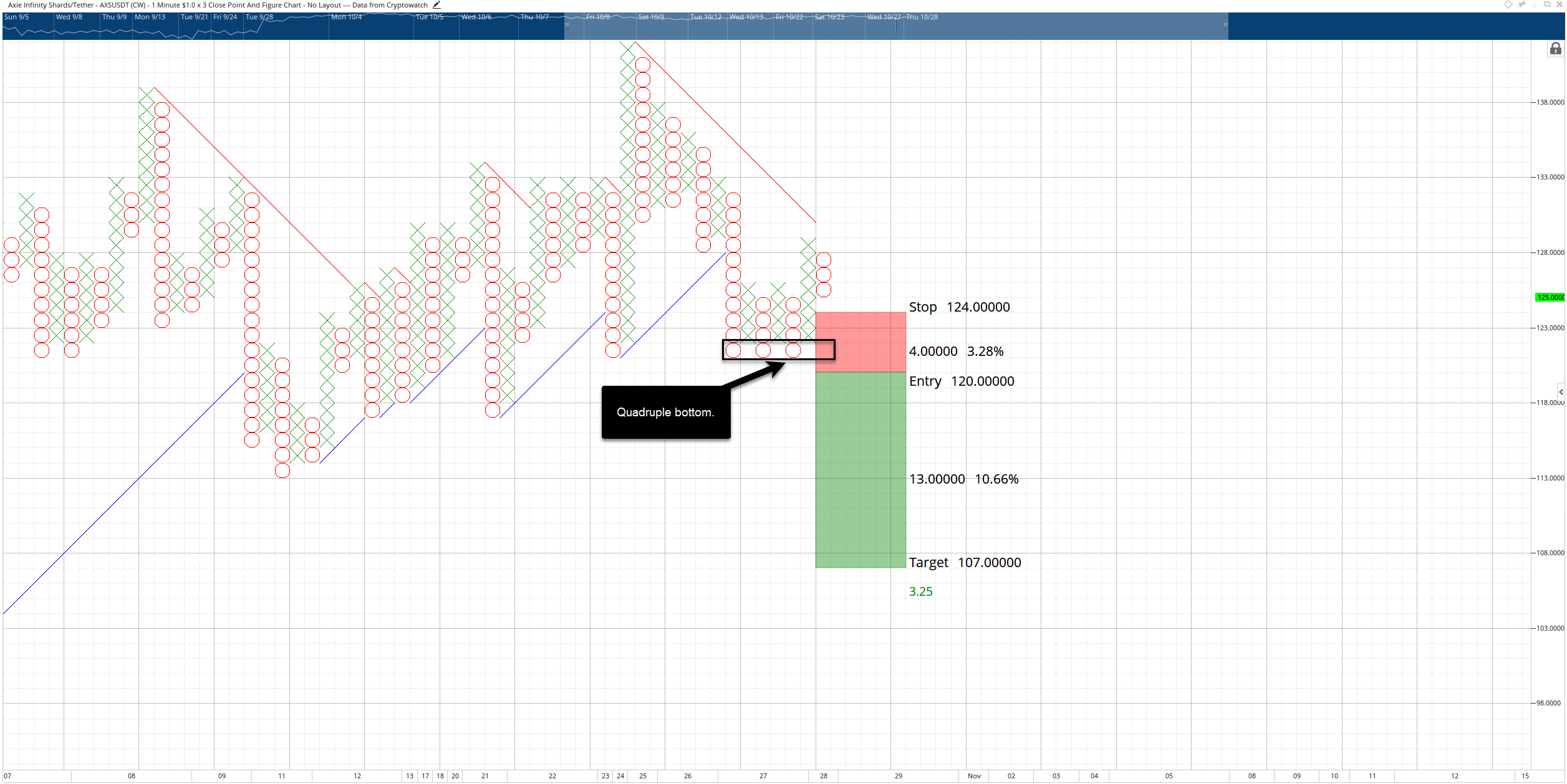 The short idea is invalidated if Axie Infinity price moves above $129.