Axie Infinity price (AXS) has not been making any new highs since October 4 when the price started to consolidate inside a pennant formation.  With bulls awaiting the proper discount to rejoin the uptrend, the pennant looks ripe for  a bullish outbreak. Following the break out, a retest of the all-time highs looks more than likely, with a possible new record high achieved.

Axie Infinity price started its uptrend around September 21, which has so far resulted in 221%  gains.. Recently AXS price has faded a bit under some profit-taking, now the current pennant formation looks ready to give bulls another shot at making new all-time highs. With the Relative Strength Index (RSI) firmly in the neutral zone, bulls can easily add large chunks of buy-orders to their portfolio without fear of pushing the RSI into overbought territory.

AXS price needs to stay above $120 in order for bulls not to get stopped out of their longs. After that it could pop higher towards $150. At $150, a new all-time high will be within  grasp. Expect a possible $170 to be tested, but expect a quick return to $150 as this uptrend will start to lose steam and see quite some considerable profit-taking. 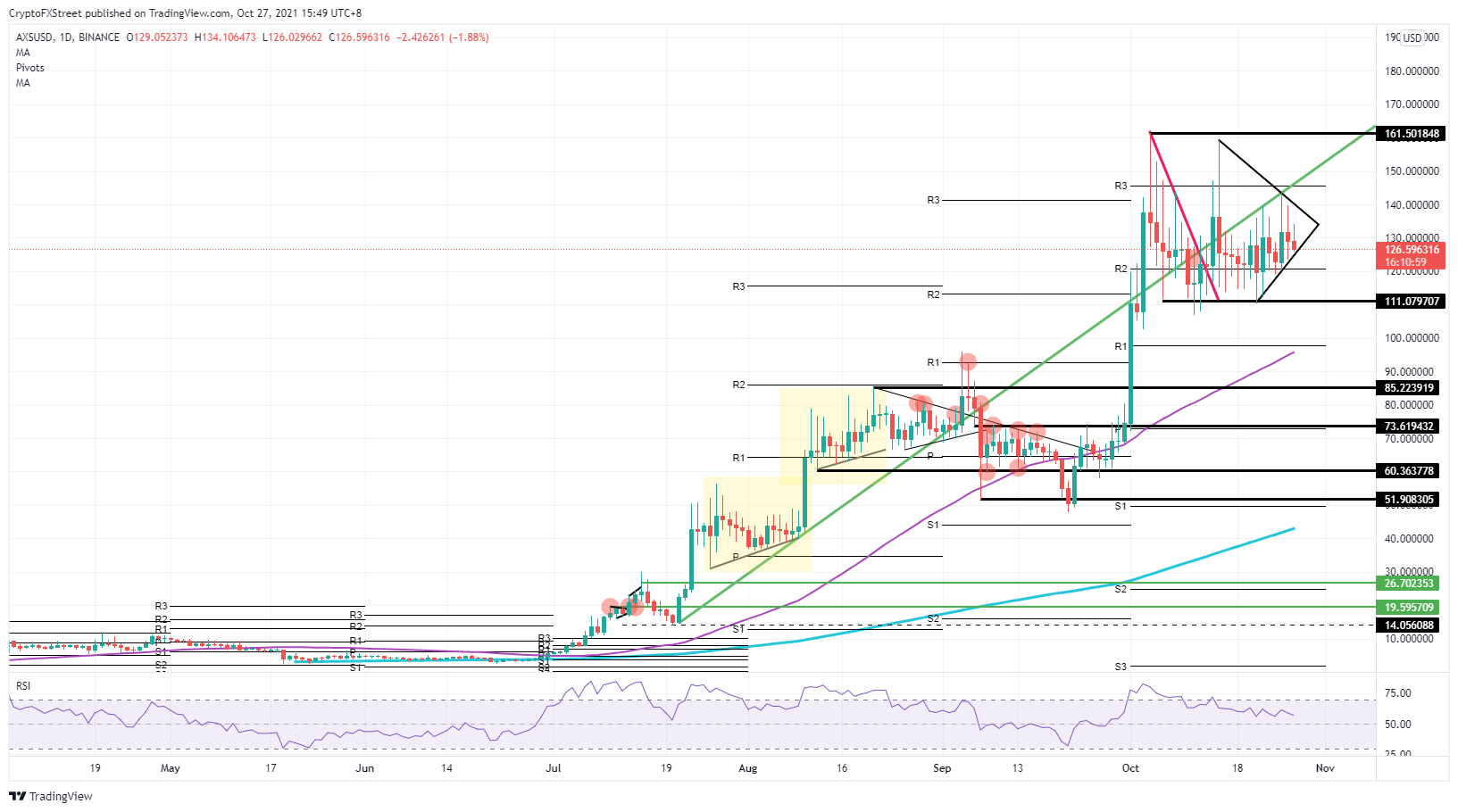 Should the pennant break down in favor of bears, expect a break below $120. That would see bulls fleeing the scene as their stops got hit. A break below $111 would open the door for a sharp nose dive towards $85, which would mean that almost half the rally had been retraced. However, this would also provide some interesting levels to pick up AXS price at a discount.

Bitcoin price has tumbled to a multi-month low below $33,000, as the leading cryptocurrency loses 50% of its value from its all-time high in November 2021. This marks the second-worst sell-off since the bear market that spanned from 2018 to 2020. Bitcoin bulls have definitely taken a backseat.

Mastercard has seen its fourth-quarter net income rose to $2.38 billion from $1.79 billion and its reported revenue of $5.22 billion, exceeding analysts' expectations. CEO of Mastercard stated that the firm aims to increase Ethereum scalability.

XRP Price Prediction: One wrong move could put Ripple at risk of a 70% nosedive

XRP price is at risk of a significant move to the downside after it dropped below a critical line of defense. If Ripple slides below $0.58, the bulls can expect further losses as the prevailing chart pattern puts a 70% decline on the radar.