Axie Infinity price is gearing up to record a new all-time high after the token presented a massive bullish pattern, hinting at a 60% ascent. If AXS slices above the crucial resistance trend line, the token is ready to climb above $200.

Axie Infinity price has formed a bull pennant pattern on the 12-hour chart suggesting that AXS is ready for an explosive rally. The bullish target projected by the governing technical pattern is a 60% surge toward $215.

Before Axie Infinity price could target a new all-time high and reach its optimistic target, AXS has one key resistance level to tackle. The first obstacle for the token is at the descending trend line that acts as the upper boundary of the chart pattern at $136.

Investors should note that a spike in buying pressure would be required for AXS to move above the governing resistance trend line of the upper boundary of the bull pennant pattern, confirming the breakout technical pattern.

However, if the bulls fail to control the narrative, Axie Infinity price could retrace, dropping toward the 50% Fibonacci retracement level at $129, before plunging toward the 21 twelve-hour and 50 twelve-hour Simple Moving Averages (SMA) that converge at $125. 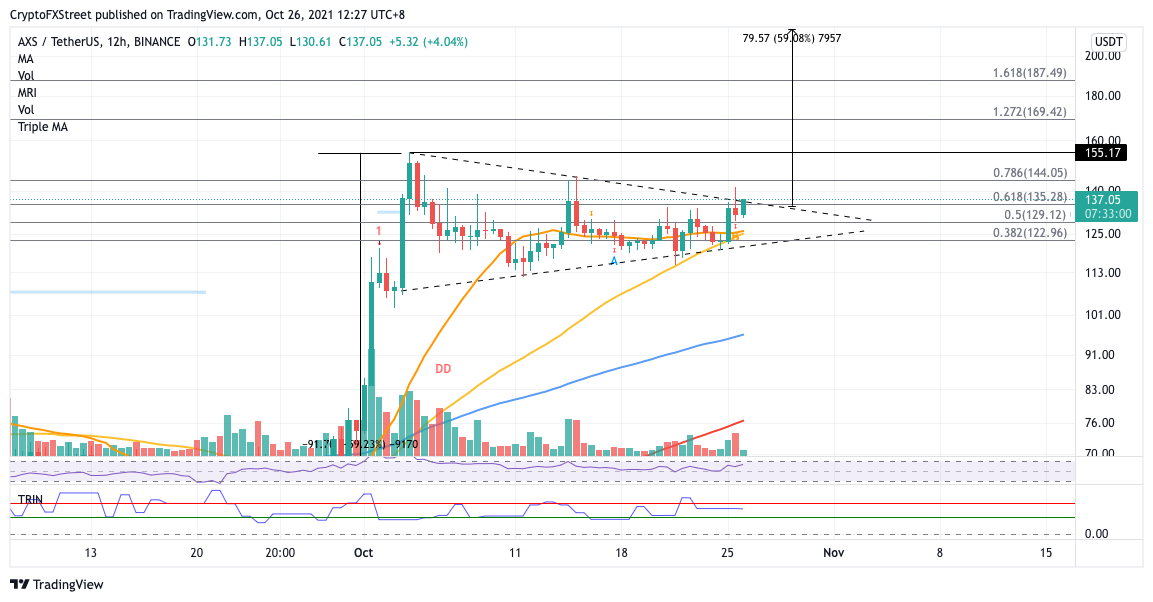 Additional support could be discovered at the 38.2% Fibonacci retracement level at $122. An increase in selling pressure could see Axie Infinity price fall toward the lower boundary of the bull pennant at $121.

Lower levels are not expected to be tagged, unless a massive spike in sell orders occurs, which could see AXS drop toward the 100 twelve-hour SMA at $96.