Avalanche (AVAX) has been restoring its uptrend since the beginning of November after some sideways price action in October. In just a couple of days, AVAX price was able to gain 55% in value and hit $100 as a new all-time high. Since then, AVAX price has been fading slightly under some profit-taking, and the Relative Strength Index (RSI) is traded in overbought territory.

Avalanche price got hit with a correction that ran through the crypto space after US inflation numbers triggered doubts about current risk sentiment. First on the chopping block were cryptocurrencies that saw a quick and brief nosedive correction on Wednesday late in the European session. AVAX price is in the meantime back on the front foot with a strong rebound and back above the purple ascending trend line that is guiding the current short-term rally.

AVAX price correction should not come as a surprise, whether or not it is linked to the inflation print. The RSI was in overbought territory, a correction was due to happen, and with that, traders got confirmation that the monthly R1 at $76.12 was there as support. With the quick reversal, AVAX bears received a warning that bulls won’t go quietly without a fight. 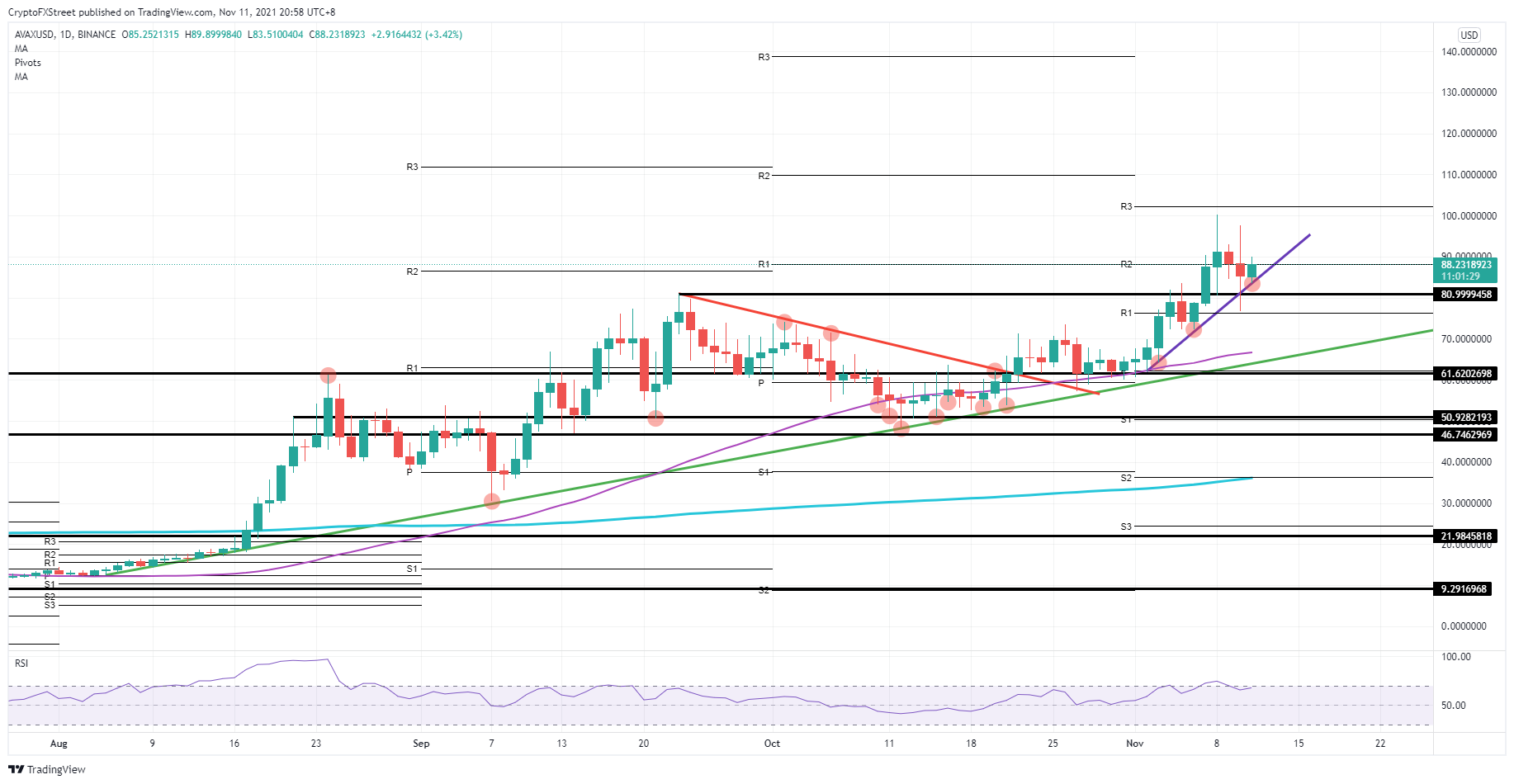 Expect this reversal of the correction to continue, and for AVAX price to face $100 quite soon. Unfortunately, the further upside potential is a bit capped by the monthly R3 resistance level at $102.25, so expect limitations on this stretch of the uptrend, although much depends on global market sentiment and tailwinds.