AVAX price has been on a massive ascent for roughly 20 days and is currently hovering above a mix of crucial support floors. A bounce off of these levels is likely to trigger another quick run-up for the altcoin.

A decisive daily candlestick close above the flag’s upper trend line at $57 constitutes a breakout, forecasting a 153% ascent to $130. This target is obtained by adding the flagpole height to the breakout point.

So far, AVAX price has rallied 56% and has a lot more to go. However, there is a good chance that Avalanche will retrace to the daily demand zone ranging from $72.06 to $81.23. This move will allow the bulls to replenish for another leg-up.

In such a case, AVAX price will rally 25% to retest the 100% trend-based Fibonacci extension level at $100. A highly bullish case could see Avalanche bulls extend this uptrend to the next level at $130, constituting a 60% ascent. 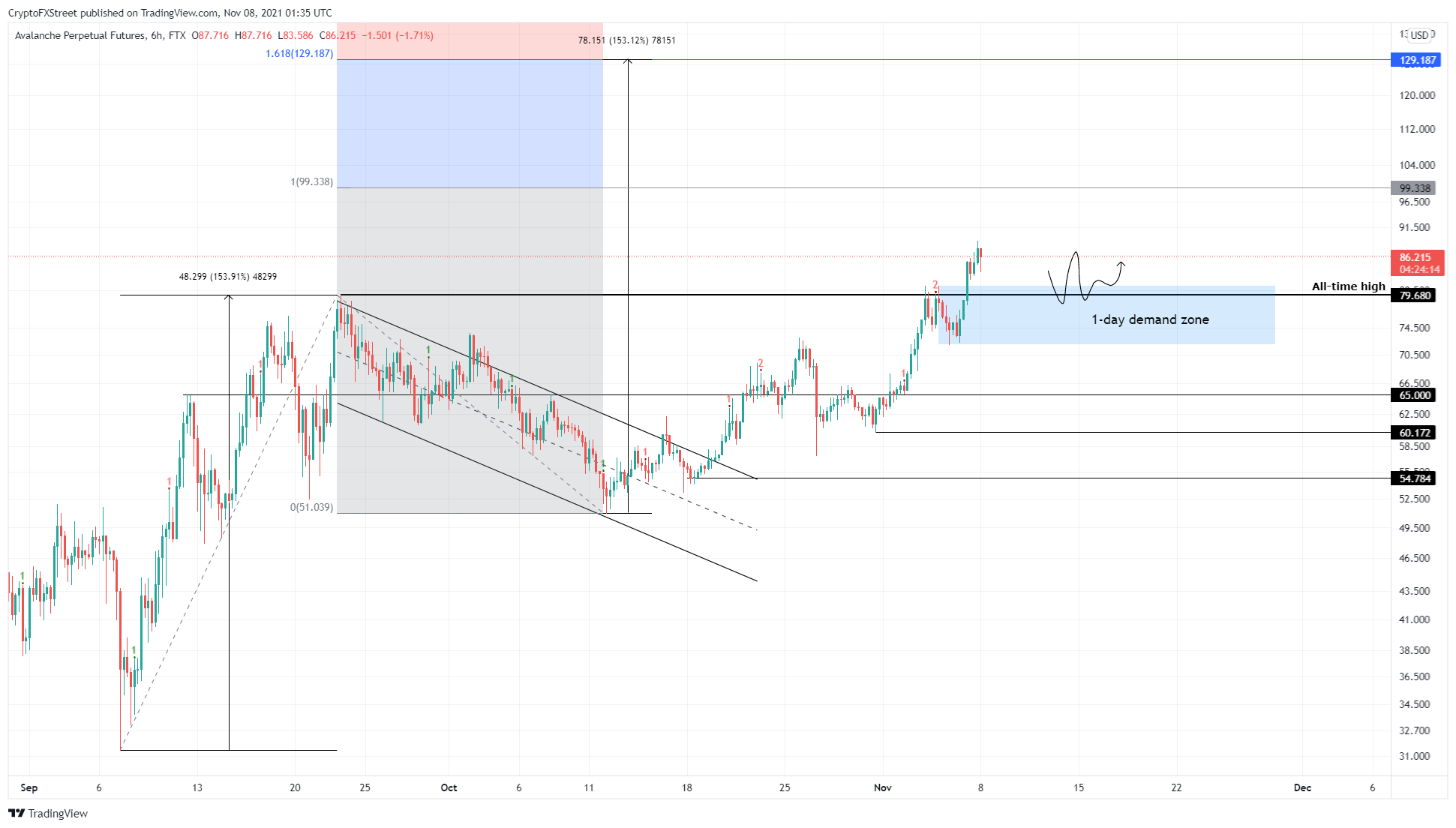 On the other hand, if AVAX price fails to hold above $72.06, it will indicate a weakness among buyers and even invalidate the bullish thesis if the daily closing price goes below it.

Such a move is likely to trigger a further descent to the $60 support level.