Algorand (ALGO) price action is under severe pressure from bears who are aggressively protecting the downtrend. A retest of the baseline in the bearish triangle looks inevitable,with $1.49 as the next target. Expect more room for the downside as market sentiment does not look too bright.

Algorand price bulls in no shape of overcoming downtrend, need to be patient

Algorand price is in a very steep bearish triangle. Although steep, the descending side has been very well respected, which shows the large interest bears have in ALGO. A retest of the baseline at $1.149 looks inevitable. With the R2 monthly resistance at $1.54 already tested four times, the next push looks to be the right one for the bears.

Bulls in ALGO price action have already tried several times to break the downtrend, but failed each time massively. With five rejections on the descending trendline, the signal should be clear for bulls that this trend will not reverse anytime soon. It might be better for bulls to wait to pick up Algorand price action below $1.49 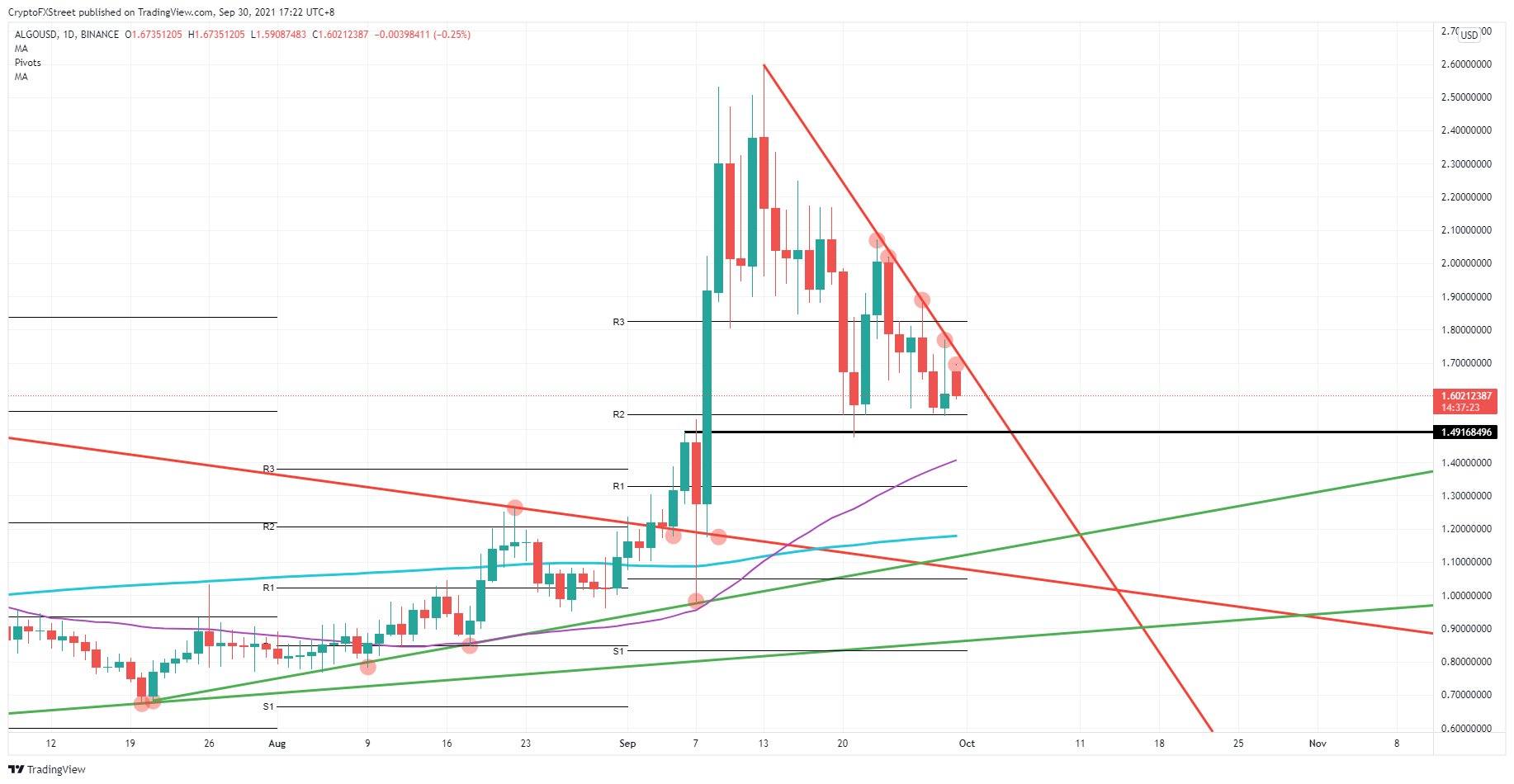 Once the breakdown Algorand price action is below $1.49, expect a further leg lower towards $1.4. That level should be the first support as the 55-day Simple Moving Average (SMA) comes into play. Should price action in ALGO overshoot, expect the monthly R1 at $1.33 to do the trick, making it an interesting area for sellers to lock in their profit.

Algorand bulls will await the above-described moment or jump on the shift in sentiment in global markets. A positive catalyst could quickly turn the tide in favor of the bulls and make them go for a retest of the descending trend line. A break would see a quick correction towards $1.8, with the monthly R3 resistance level around there.