The World Health Organization has declared the coronavirus outbreak a global health emergency. What does it mean for the global economy and the gold market?

Will Coronavirus Kill Us All?

So it looks like not the recently feared nuclear war with the North Korea or Iran, but the virus outbreak will destroy humanity. Let it be, I won’t complain, I work from home, so I’m less likely to become infected!

As of February 2, there were around 14,560 confirmed cases of coronavirus in 24 countries, according to the WHO. You can see the global distribution of these cases in the map below. Virtually all cases (more than 99 percent) were reported in China. The WHO reports 305 deaths, of which only one is outside China (in the Philippines). 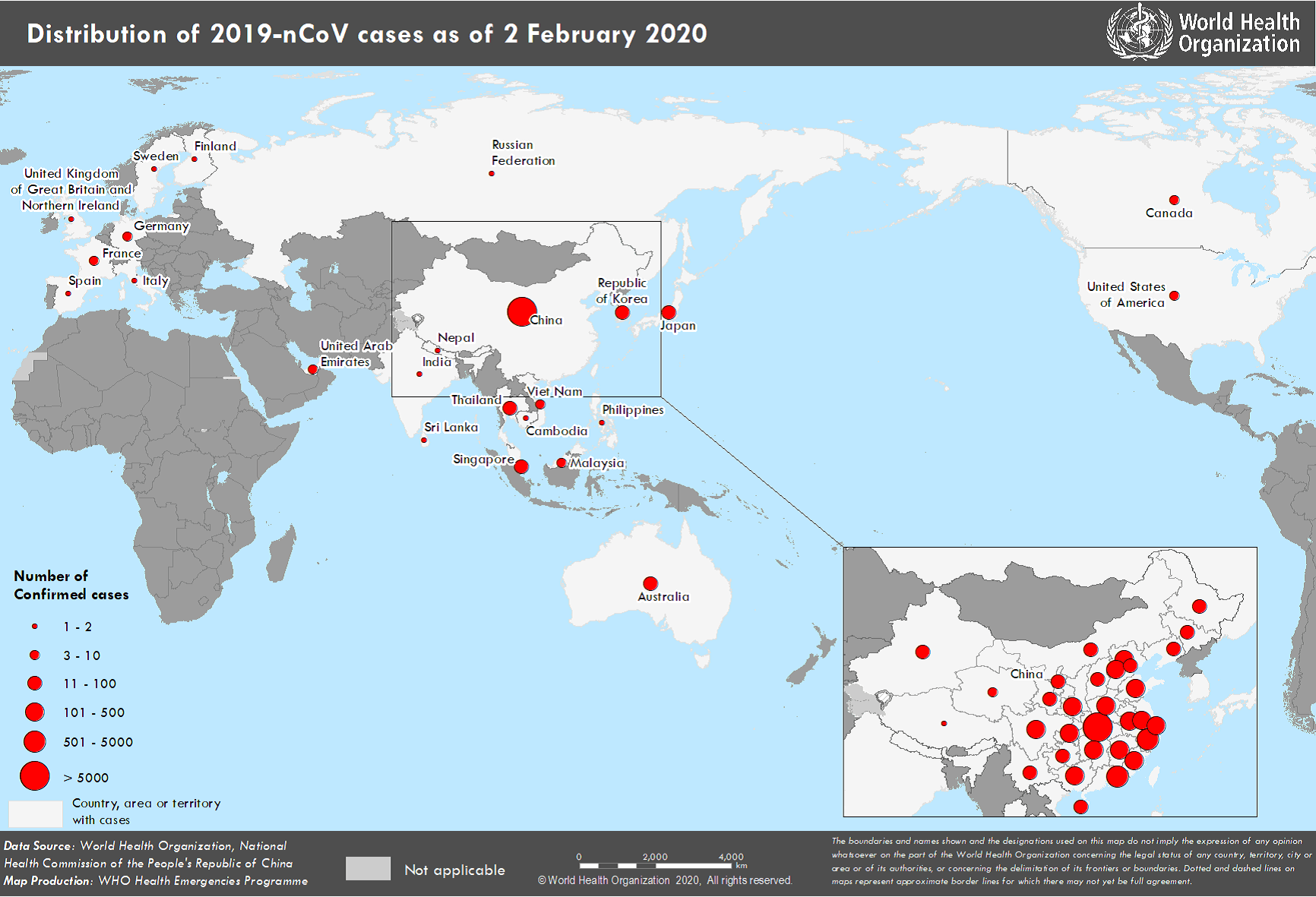 As the name suggests, the new virus is part of the coronavirus family, the source of two previous deadly epidemics: the SARS and the MERS. However, the mortality rate of the new virus is far lower than in previous outbreaks, as it stands at about 2 percent right now. Please compare it to the 2002/03 SARS outbreak (Severe Acute Respiratory Syndrome) which killed 774 people out of a total 8,096 infected (9.5 percent mortality rate) or the 2012 MERS outbreak (Middle East Respiratory Syndrome) which killed 858 people out of the 2,494 infected (34.5 percent). So, the coronavirus is less deadly than SARS or MERS, but it is more contagious.

What does the coronavirus outbreak mean for the gold market? Well, gold will not protect you against the infection. But the yellow metal can act as a safe-haven asset which protects against the stock market volatility.

Today, Chinese stock and commodity markets plunged in the first trading session after an extended Lunar New Year break. As investors feared the spread of the new coronavirus, they abandoned risky assets. The Shanghai Composite Index dove 8 percent, as the chart below shows. It has been its biggest daily fall in more than four years.

The situation must be serious as the People’s Bank of China said it will inject 1.2 trillion yuan ($174 billion) worth of liquidity in a response to the stock market turmoil. Indeed, after SARS, China suffered several months of economic contraction. Now, with China playing a much more important role in the global economy, the economic impact of the new coronavirus might be greater (however, the country is also better prepared to fight the virus outbreak). The China’s GDP is expected to slow down from 6.1 percent in 2019 to 5.6 percent in 2020 because of the virus.

So, the plunge in Chinese equities is a good news for the gold bulls, as the fall in the Shanghai Stock Exchange during summer 2015 and later in January 2016 set off a global rout, pushing up the price of gold. So, although the coronavirus is not likely to cause an economic recession, it can mark a turning point. The US yield curve has inverted again for the first time since October…

However, investors should not buy gold counting on the pandemic. If you expect one, just get all the supplies such as food in, bar the door and don’t leave the house. We might be optimists, but let’s face the facts. Remember SARS? Remember Zika? Remember Ebola? People were terrified which each virus outbreak. But various public health actions have always stopped an outbreak, or it burned itself out. For example, SARS was basically gone by 2004. Of course, this time may be different, especially if the new coronavirus can be spread before symptoms manifest, but we believe that the risk so far still remains very low to the United States and other advanced economies.