Skip to main content
;
USDJPY bulls entered the 108.00 area on Wednesday after striking their fifth consecutive daily gain on Tuesday despite Fauci’s virus warnings and the Fed’s cautious tone.

Previously, the pair bottomed twice around 105.97, and a rally above the 109.60 resistance is now required to switch the neutral status in the three-month picture to a positive one. But currently technical signals for such a noticeable upside move are looking weak; the RSI although above its 50 neutral mark seems unable to sustain strength, the MACD has yet to turn positive, while the Stochastics are flattening in the overbought area, threatening of downside corrections.

Hence, some floor is likely needed to be confirmed under the price to keep the bulls active. That could be the 20-day simple moving average (SMA) currently at 107.50, which is also the middle Bollinger band. Bouncing on that line and surpassing the 108.00 level, the pair could touch the 109.00 mark before testing the 109.60 resistance region. Higher, the door would open for the 110.65 former restrictive region.

Summarizing, the short-term risk for USDJPY is looking cautiously positive. To avoid negative corrections, the pair needs to hold within the upper Bollinger area. In the medium-term picture, the outlook remains neutral. 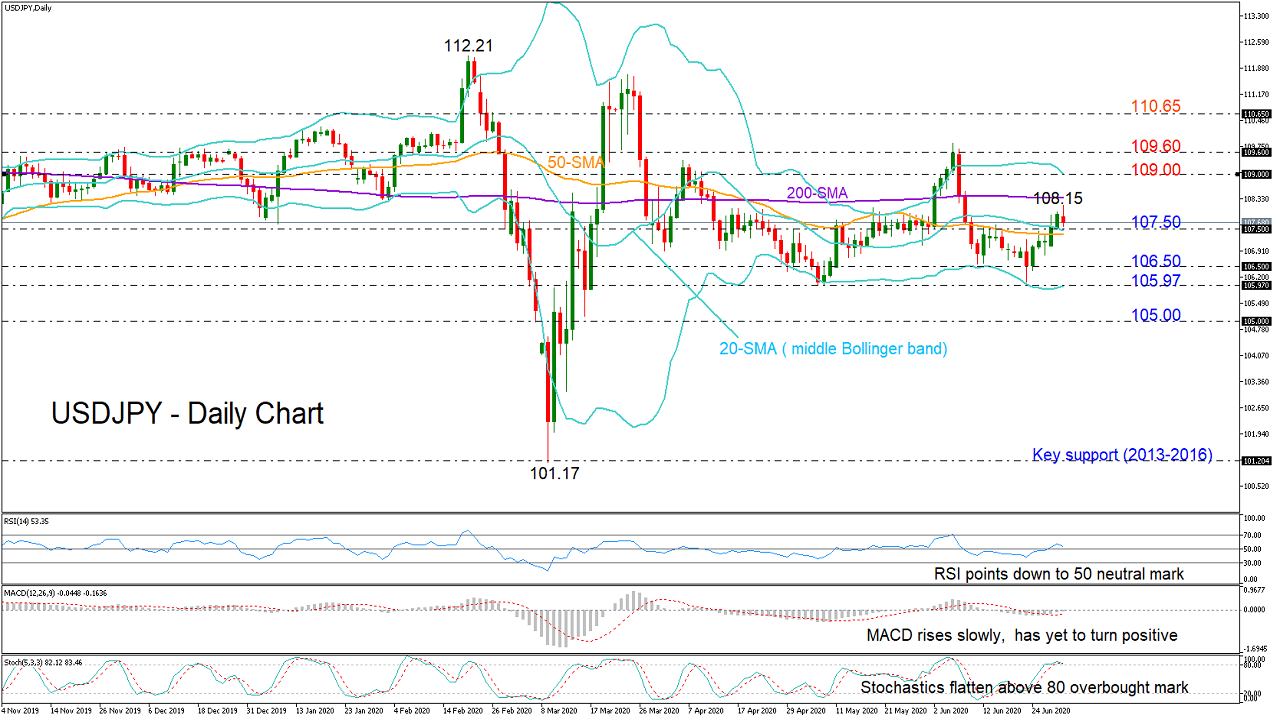