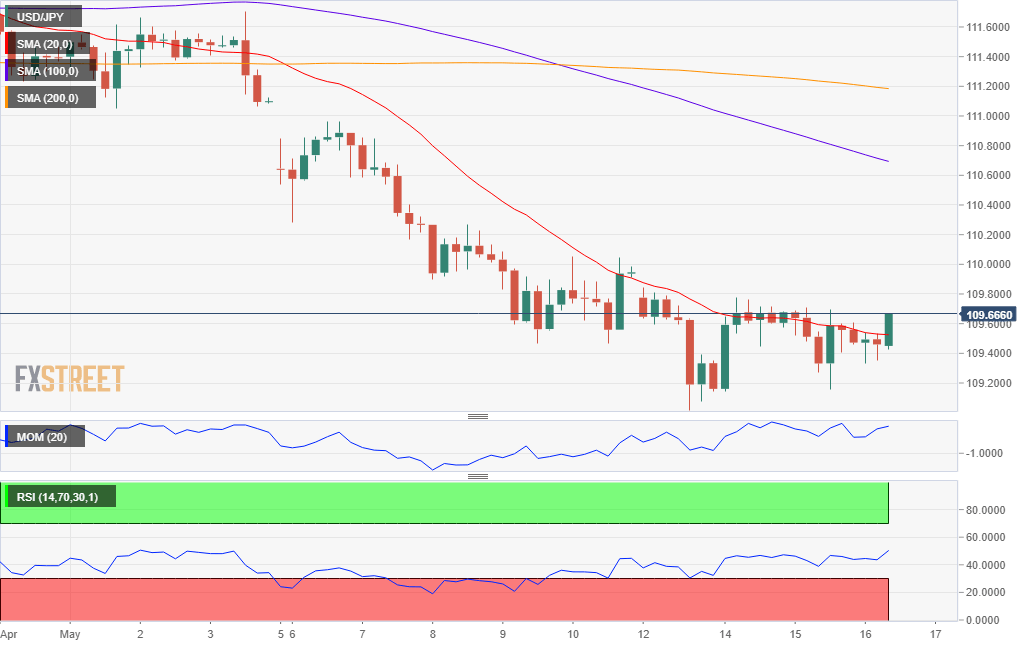 The USD/JPY pair trades little changed daily basis around 109.60, with the financial background steady in risk-averse mode. Trade tensions persist, as US President Trump declared a national emergency over threats against American technology, clearly alluding China.  Equities rose in Asia, following the positive lead of Wall Street, while European are modestly up for the day. Treasury yields remain under pressure and near their lows, as, following Trump's announcement, the US Department of Commerce added Huawei Technologies and its affiliates to the Bureau of Industry and Security (BIS) Entity List, making it harder for the company to do business with US companies.

Japan released overnight the April Domestic Corporate Goods Price Index, which rose 0.3% MoM and by 1.2% YoY this last, beating expectations. The US will release later today April Housing Starts and Building Permits, both seen recovering from March's decline. The country will also publish the Philadelphia Fed Manufacturing Survey for May, foreseen at 9.0 vs. the previous 8.5.

The 4 hours chart shows that the pair is now advancing modestly above a bearish 20 SMA, unable to move away from the indicator. The 100 SMA keeps declining below the 200 SMA both over 100 pips above the current level, although that doesn't mean that the pair won't be able to correct higher. The Momentum indicator turned south within positive territory, while the RSI lacks directional strength hovering around 49.  The pair has multiple intraday highs in the 109.70 price zone, with a break beyond it further favoring an upward extension, yet the risk will remain skewed to the downside as long as the pair remains below 110.10.