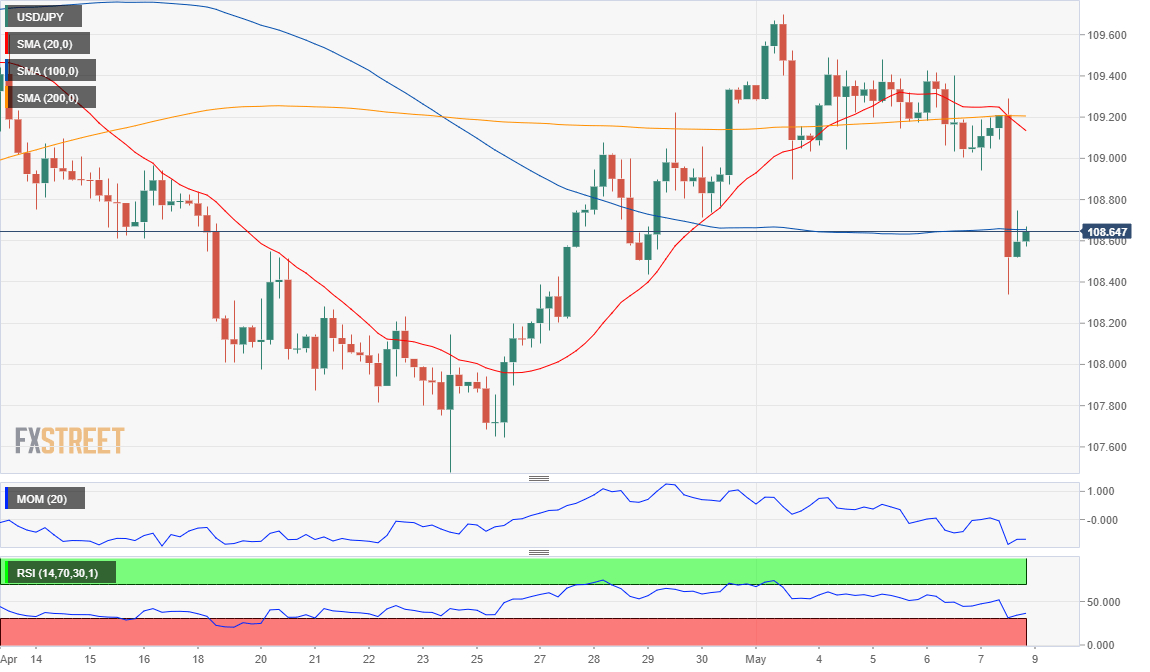 The USD/JPY pair fell to 108.33 on Friday, finishing the week in the red around 108.60. The pair plummeted after a worse-than-anticipated US employment sent US government bond yields to fresh multi-week lows. The yield on the benchmark 10-year Treasury note touched 1.47% after the US jobs report fell short of expectation, although it got to bounce ahead of the close to settle at 1.57%. Nevertheless, the pair held at the lower end of its range, as speculative interest kept selling the greenback into the weekly close. Wall Street, on the other hand, soared, with the DJIA and the S&P reaching record highs.

Early on Friday, Japan published the April Jibun Bank Services PMI, which improved to 49.5 from 48.3 previously, and the Monetary Base for the same month increased by 24.3%, beating expectations. The country won’t publish macroeconomic data on Monday.

The USD/JPY could extend its decline in the upcoming sessions. The daily chart shows that the pair has settled below a bearish 20 SMA, currently at around 108.70, providing near-term resistance. The Momentum indicator heads nowhere around its midline, while the RSI heads firmly lower at around 46, indicating increased selling interest. According to the 4-hour chart, the risk is skewed to the downside, as the pair finished the week below its moving averages, while technical indicators are poised to resume their slides near oversold readings.