The selling pressure is gradually taking its toll once more on Dollar/Yen. Over the past week, a new run of lower daily highs has formed a mini downtrend as intraday strength is seemingly now a chance to sell. What is also interesting, is that this negative bias is also reflected in the bigger medium term outlook still. Although there is still an argument for this being an 11 week trading range between 104/107, in taking the extreme spikes of recent months, we can still derive a multi-month downtrend, which now comes in below 106.00 today. Medium momentum indicators are still negatively configured, with MACD lines now drifting lower under neutral. It leans us towards continuing to believe that near term strength is a selling opportunity. The hourly chart shows that today’s early tick higher could struggle around 105.30/105.40, whilst it would need a move above 105.60 to improve the near term outlook. We favour pressure towards 104.90 and given the continued negative medium term bias, any rallies that falter under 106.00 are a good chance to sell towards 104.00 in due course. 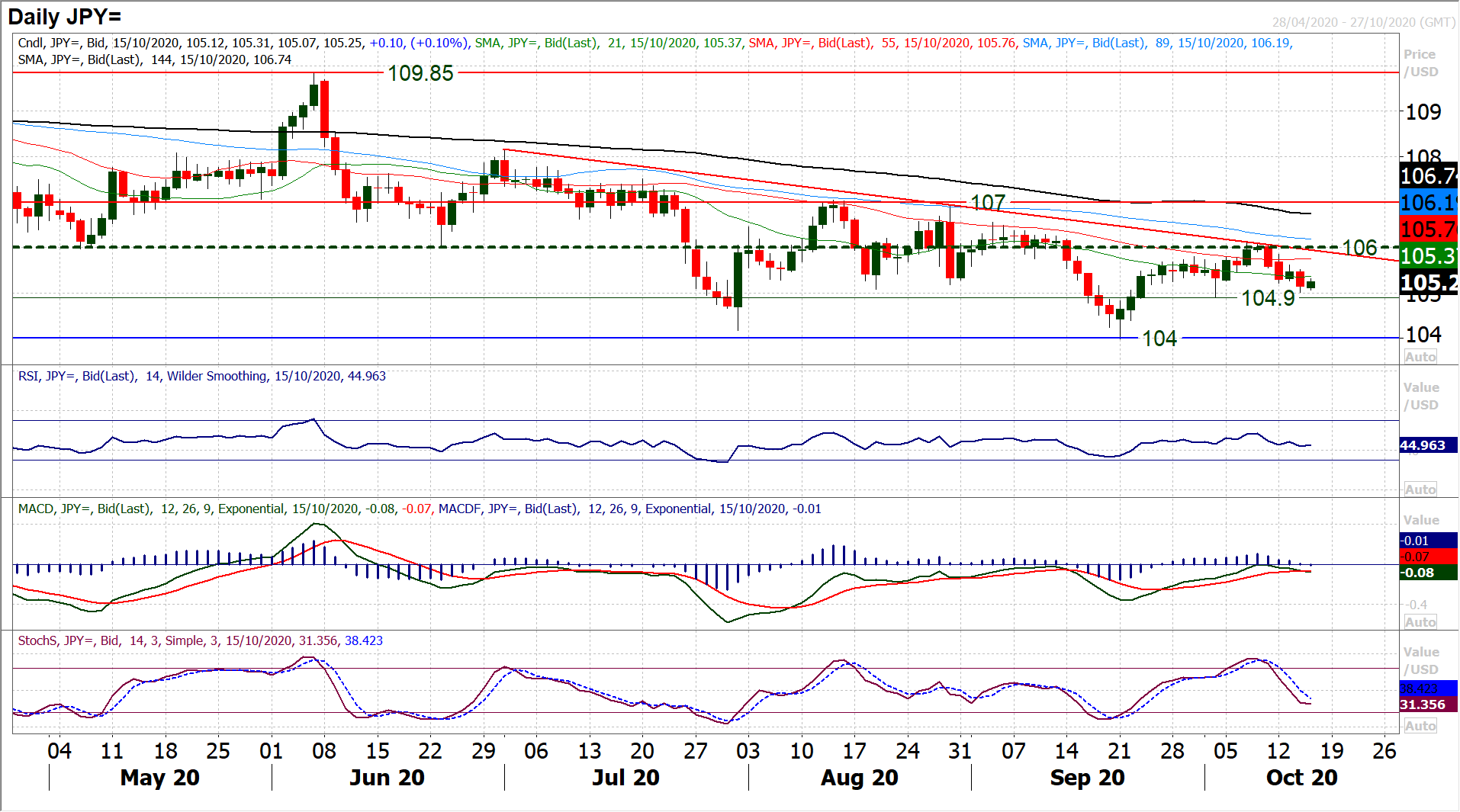