Trades may only be entered prior to 5pm New York time today.

I wrote yesterday that the price was in a consolidating triangle. I thought that it was likely to break lower rather than higher but that probably would not happen until the FOMC release later in the week. I was partially correct: the chart below shows that it broke lower, but the break was very temporary, and the price has recovered to get back into the area it was in before.

There is no trend and the situation seems finely balanced between bulls and bears over the medium and long terms, but the short-term price action is bullish. I can’t make any call on this now but volatility has been relatively high recently so the FOMC release tonight is likely to provoke some action, and this pair will probably also be moving more than most of the market pre-FOMC. 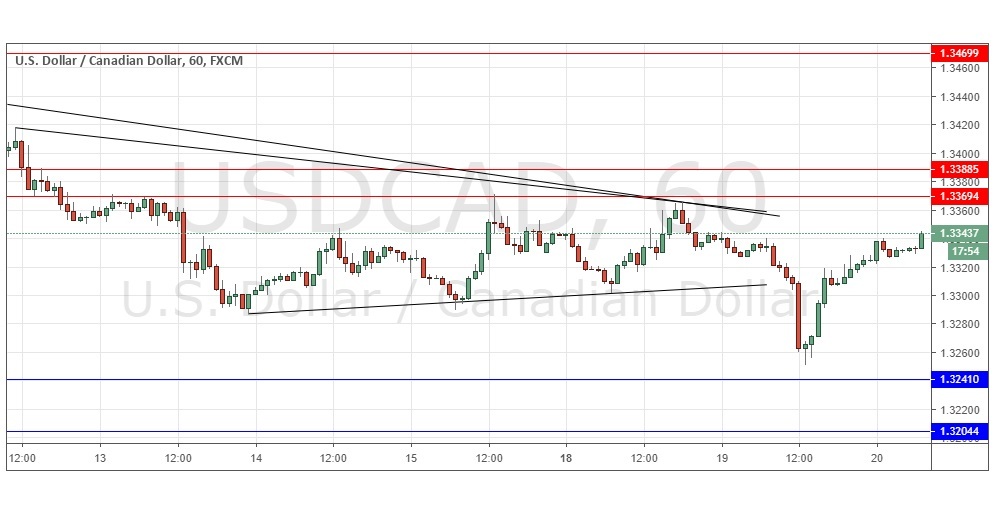 There is nothing of high importance due today concerning the CAD. Regarding the USD, there will be releases of the FOMC Statement, Economic Projections, and Federal Funds Rate at 6pm London time, followed by the usual press conference half an hour later.