The surging pandemic cases and hospitalizations in California are threatening to reverse the direction of the US labor market recovery.

Initial Jobless Claims are expected to rise to 833,000 in the January 1 week from 787,000 prior. The monthly average for filing climbed to 837,00 in December from November's 740,000 for the first monthly increase since the original surge in March. 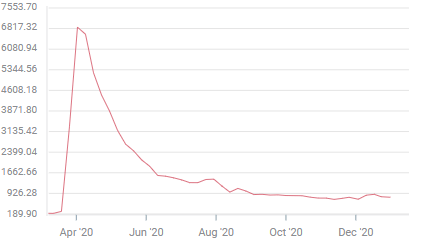 Continuing claims are projected to climb to 5.39 million in the week ending December 25 from 5.219 million the previous period. These claims averaged 5.94 million in November and 5.35 million in the three reported weeks of December.

The Golden State's economy is languishing under the most draconian business and socialization restrictions in the country. Parts of California have been under stay-at home orders since December 6 with the southern two-thirds of the state currently locked down. Closure is determined by intensive care unit utilization. When regional capacity falls below 15%, it has 24 hours to implement the state's restrictions. 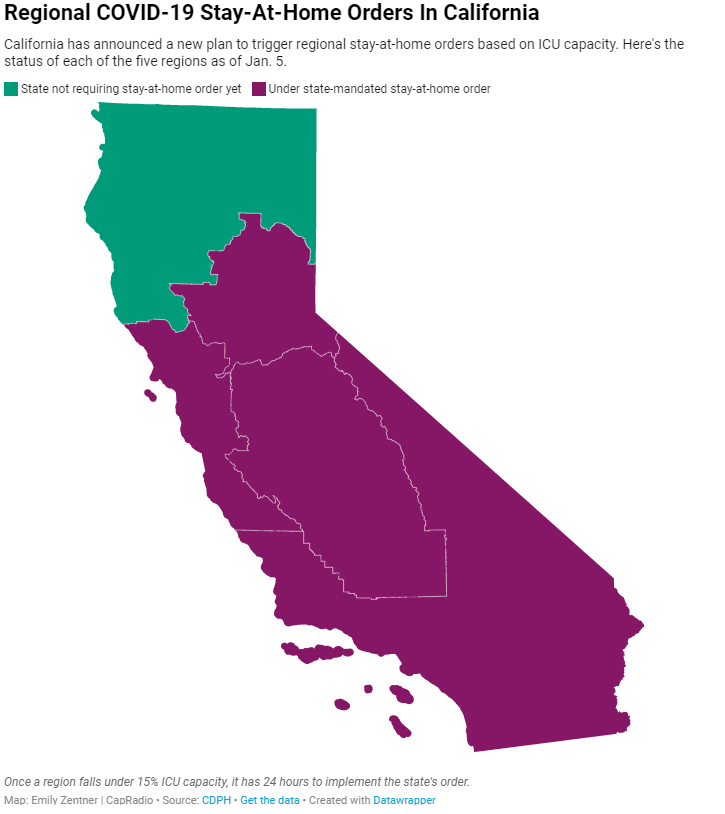 These measures have not, so far, had a noticeable effect in slowing the worst outbreak of COVID-19 in the course of the US pandemic. They are, however, starting to effect the national employment figures. 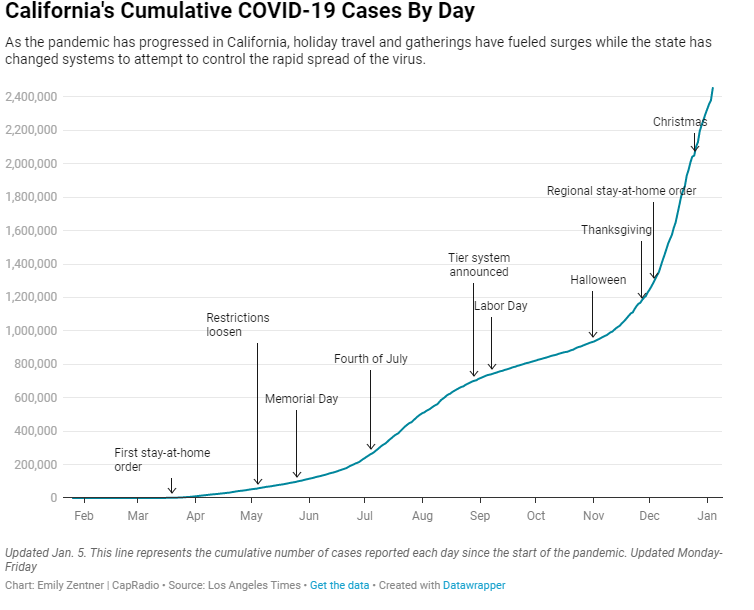 December employment numbers from the private payroll company Automatic Data Processing (ADP) were much worse than expected with a loss of 123,000 positions instead of the predicted gain of 88,000.

The reversal of November's 304,000 increase and the rising claims figures do not bode well for the December national job numbers of Nonfarm Payrolls due on Friday. The current consensus forecast predicts 100,000 new positions but claims and ADP make for substantial downside risk.

The dollar was pummeled in December as the US jobless claims numbers turned south. 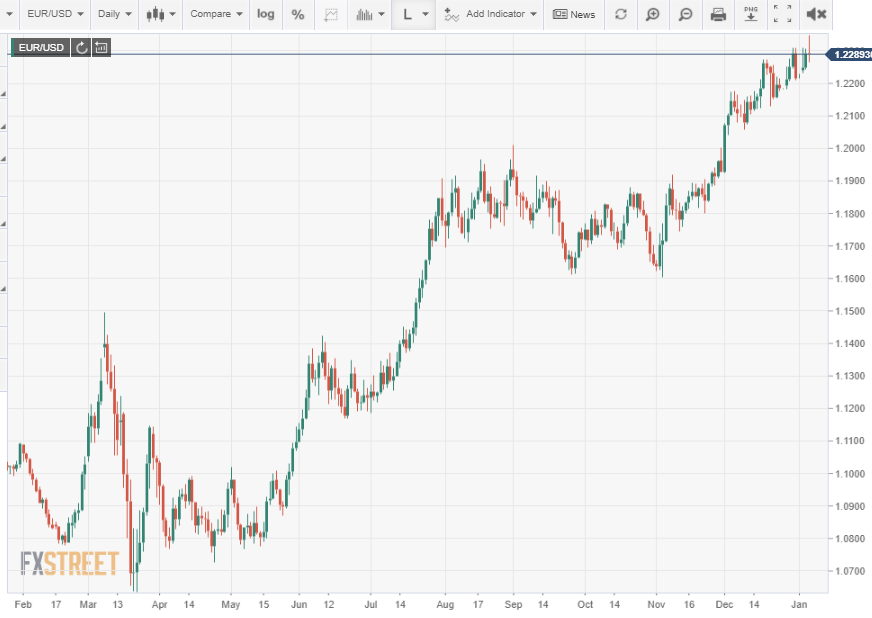 The EUR/USD touched 1.2349 on Wednesday its highest since April 2018, but reversed sharply as US Treasury rates rose in the wake of the apparent Democratic victory in two Georgia Senate races. 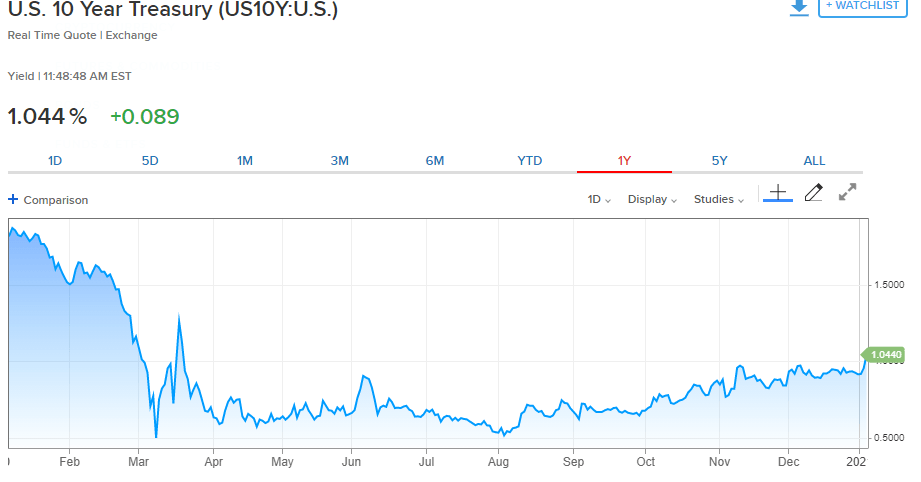