The US dollar held steady in the overnight session after President Putin signed a decree demanding that unfriendly countries pay for its oil in rubles. The decision puts most of its buyers, especially the European Union at risk considering that its leaders have opposed the plan. In a statement, the International Monetary Fund (IMF) also warned that the sanctions implemented on Russia could erode the currency’s dominance in commerce. Indeed, in the past few years, many central banks have increased their holdings of gold in a bid to diversify from the dollar.

The US dollar and US stocks will react to the latest non-farm payrolls numbers that will come out on Friday. Economists expect these numbers to reveal that the country’s economy continued to add thousands of jobs in March. According to Reuters, the average estimate is that the economy added over 500k jobs while the unemployment rate declined to 3.7%. Wages are also expected to have increased by over 5.5%. On Thursday, numbers by the Bureau of Labor Statistics revealed that the country’s initial jobless claims rose by 202k in the previous week.

The economic calendar will have several important numbers today. Markit will publish the final reading of its March PMI data. Based on the preliminary numbers that came out last week, analysts expect that the manufacturing PMI held steady even as manufacturers warned about inflation and the rising cost of doing business. Other important data to watch will be the flash EU inflation data for March. Analysts believe that the CPI rose from 5.9% to 6.6%. Other data to watch will be last week’s oil rig count by Baker Hughes.

The EURUSD pair declined as investors waited for the upcoming US non-farm payroll data. It is trading at 1.1063, which is slightly below its highest point this week. It also declined below the important resistance point at 1.1138. The pair is between the 50% and 38.2% Fibonacci retracement level while the Relative Strength Index (RSI) has declined slightly. Therefore, the pair will likely continue falling ahead of the NFP data. 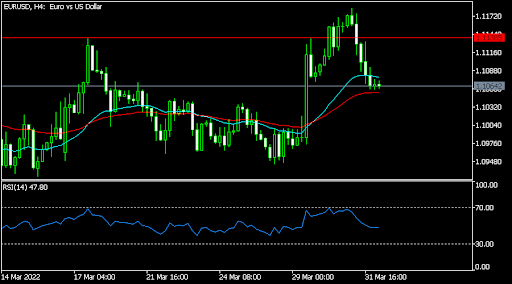 The USDCHF pair tumbled to the lowest point at 0.9195, which was the lowest level since March 8. The pair is along the lower line of the Bollinger Bands and the 61.8% Fibonacci retracement level. It also moved slightly below the 25-day and 50-day moving averages. Oscillators moved to the oversold level. Therefore, the pair will likely keep falling ahead of the NFP and Swiss PMI data. 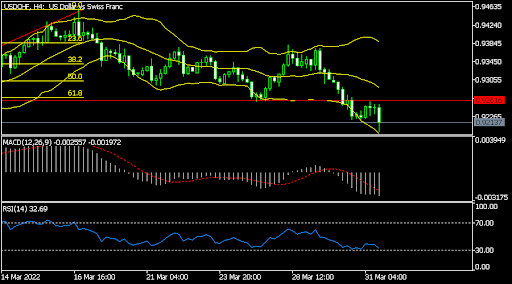 The XNGUSD pair rose sharply as investors priced in more gas shortages in the near term. The pair rose to a high of 5.78, which was sharply higher above its lowest level this year. It also rose above the short and longer-term moving averages and the upper side of the ascending channel that is shown in yellow. Its MACD also moved above the neutral level. Therefore, the pair will likely keep rising in the near term. 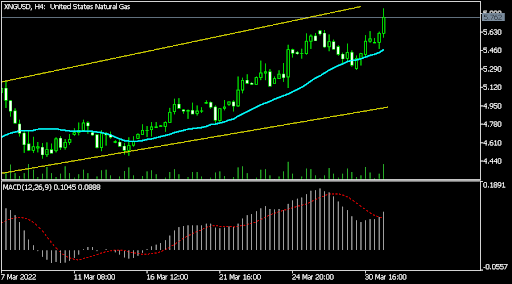