S&P 500 bulls didn‘t even meekly take initiative yesterday, and odds are this positioning would hold through today‘s CPI – and crucially the regular session‘s reaction to it. Bonds have made up their mind, it clearly seems as the pressure on the Fed to keep tightening, is on. As stated yesterday:

(…) Given tomorrow‘s CPI that‘s likely to come in better than the markets fear it would (i.e. in support of the inflation has peaked thesis), the room for disappointment in inflation trades is there, and the hopes that the Fed might not get as aggressive on a better CPI figure, wouldn‘t balance that out in my view.

The dollar would react with a decline to any dialing back of tightening expectations. Greater pressure would still come from the balance sheet reduction that I‘m looking for to run for longer than the Fed stops hiking rates.

What‘s key next, is follow through to the S&P 500 selling, facilitated by the broader risk-off turn – a confirmed break below the 4,100s support is the milestone ahead. Notions of peaking inflation won‘t do the trick and drive stocks sustainably higher – dialing back the Fed tightening expectations would come back to bite the bulls. Precious metals are to remain relatively most resilient (and be joined to some degree by copper) while oil is most vulnerable on the daily basis. 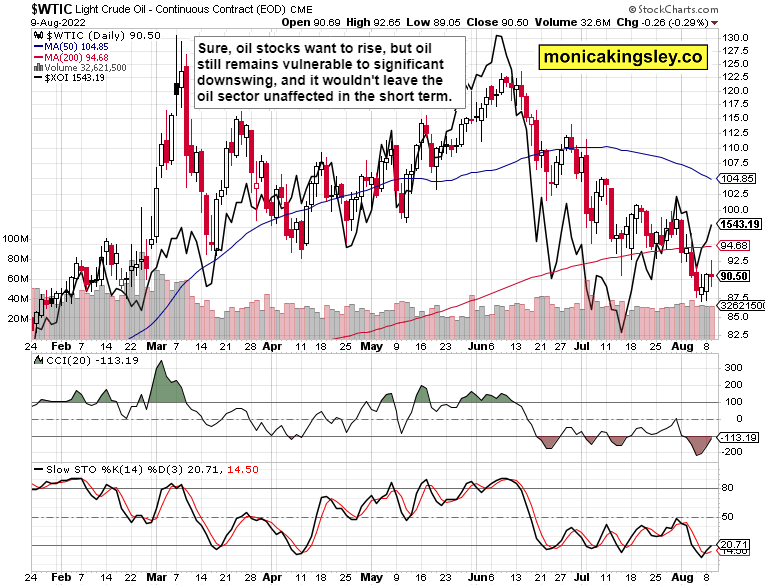 Crude oil is still vulnerable (and it‘s telling that S&P 500 can‘t rise even on progressively lower oil prices and USDX daily struggle). The bears are favored unless $95 is cleared. 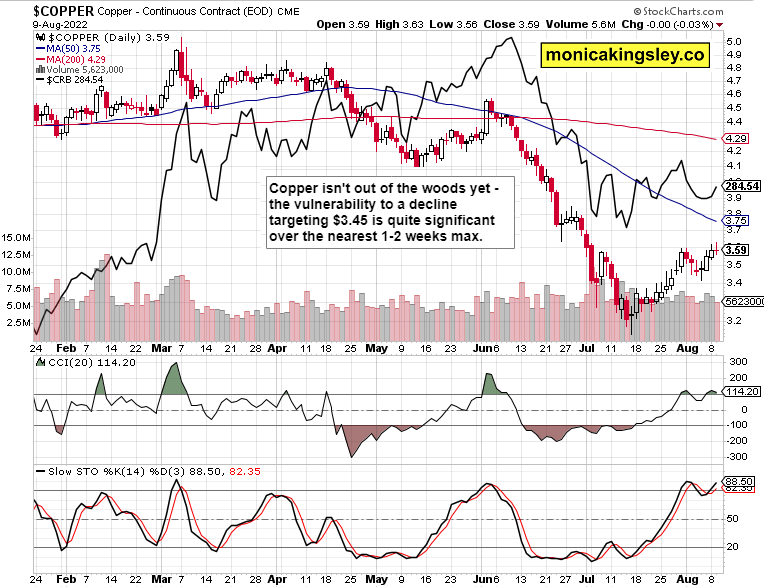 Copper‘s short-term bullish move is encouraging, but the vulnerability to the hawkish Fed moves and rhetoric remains – it would probably play out well after the CPI dust settles. The red metal is now enjoying the prospects of easier liquidity. 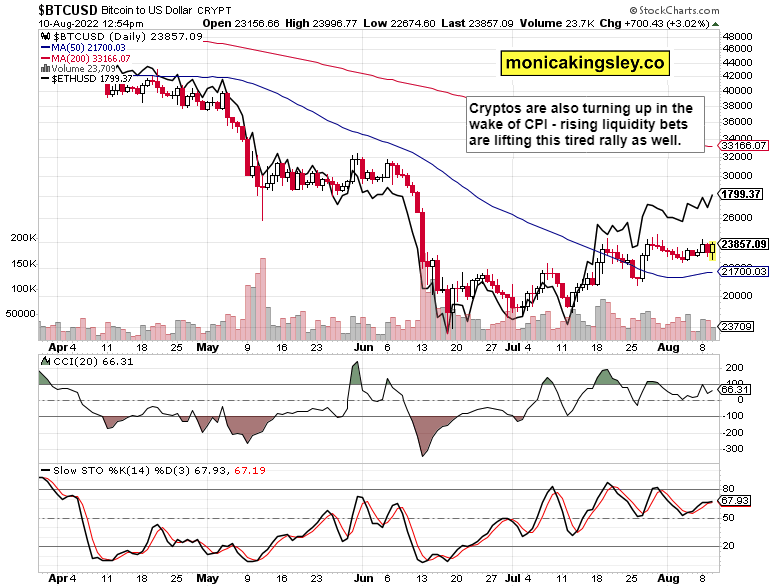 Cryptos are joining in the celebration, and it remains to be seen when the risk-on sentiment comes under scrutiny. The Fed won‘t just go 25bp in Sep, not at all – markets would be disappointed as soon as first Fed official starts talking again (as was the case last week).