The Canadian Dollar has surged by 109 pips or 1.59% against the Swiss Franc since January 4. The currency pair tested the upper line of an ascending channel pattern at 0.6996 last week.

Currently, the exchange rate is trading near the upper border of the channel pattern and could be set for a breakout.

If the breakout occurs, a surge towards the 0.7050 level could be expected during the following trading sessions.

However, if the ascending channel pattern holds, bearish traders might pressure the currency exchange rate lower this week. 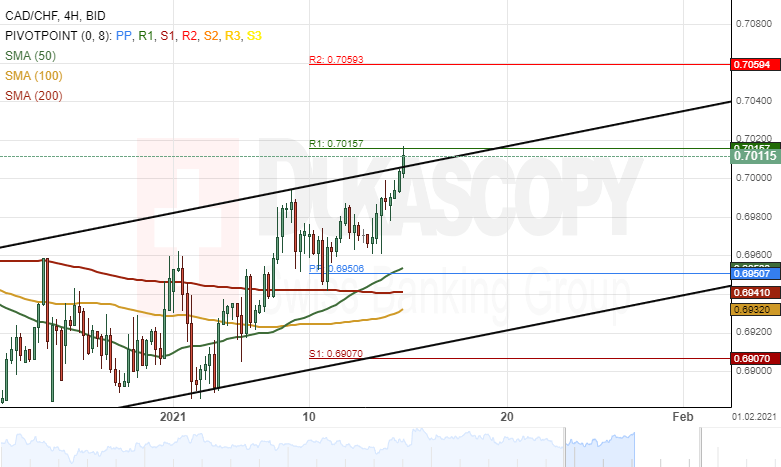 The Swiss Franc has surged by 135 pips or 1.16% against the Japanese Yen since the end of December. The currency pair tested the 117.60 level during last week's trading sessions.

The exchange rate is currently trading near the lower boundary of an ascending channel pattern and could be set for a breakout.

If the channel pattern holds, bullish traders are likely to continue to pressure the CHF/JPY pair higher during the following trading sessions.

However, if the breakout occurs, a decline towards the 116.20 area could be expected during next week's trading sessions. 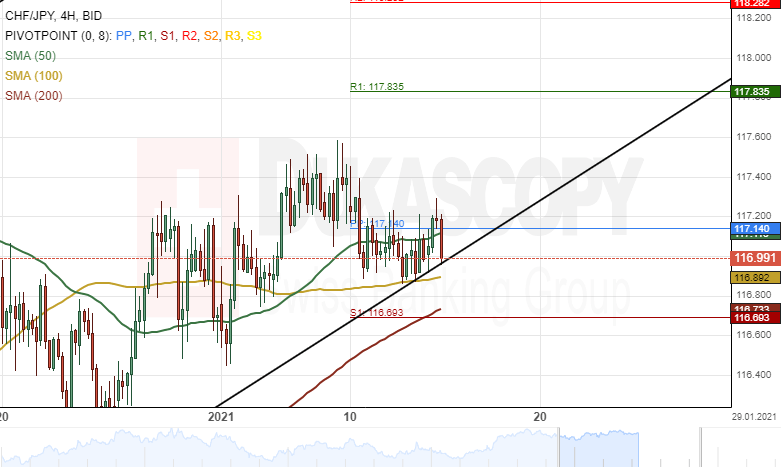 Since October, the USD/RUB currency pair has been trading within a falling wedge pattern.

From a theoretical point of view, it is likely that the exchange rate could continue to move within the predetermined pattern until the beginning of February. Then, a breakout north could occur, and the rate could raise to the 80.00 mark. 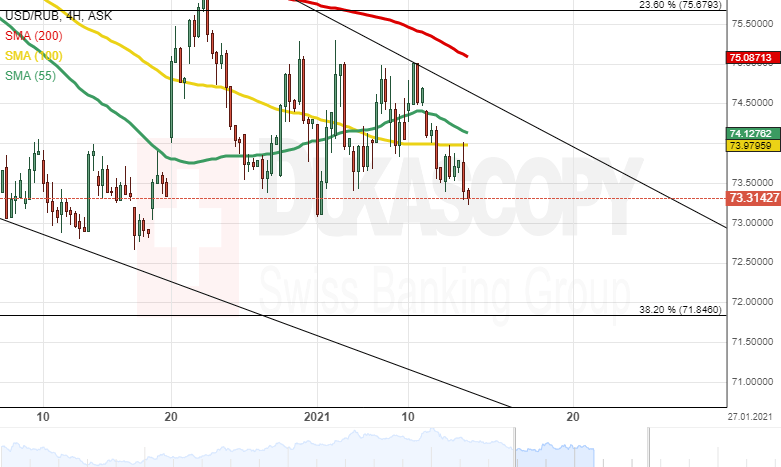 Since October, the EUR/RUB exchange rate has been trading within a descending channel.

From a theoretical perspective, it is likely that the currency pair could continue to follow the predetermined trend in the medium term. In this case the pair could reach the Fibo 23.60% at 85.94 by the beginning of March. 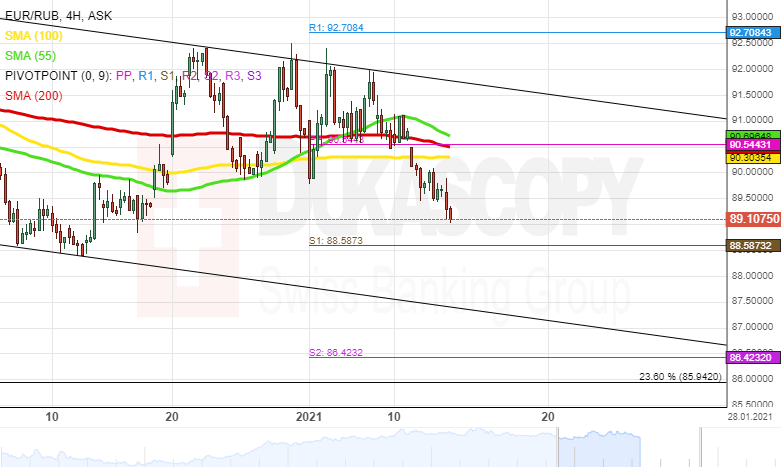