The US is scheduled to publish its monthly employment figures this Friday. The Nonfarm Payroll report is expected to show that the country has added 158K new jobs in August, in line with July’s 164K. The unemployment rate is seen steady at 3.7%, while average hourly earnings are seen up by 0.3% monthly basis and by 3.1% when compared to a year earlier.  But the times when the US NFP report could trigger wide moves or even change the dollar’s trend, are long gone.

The report’s potential for affecting the greenback is correlated to the Federal Reserve’s mandate, that is, maximizing employment, stabilizing prices, and moderating long-term interest rates. The unemployment rate is near the five-decade low of 3.6% achieved in April and has been steadily decreasing ever since reaching 10% by the end of 2009, in the post-crisis era. Hence, employment is no concern for policymakers.

Indeed, the report by itself has lost relevance, and a market reaction is only likely is the outcome diverges sharply from the expected numbers. However, it is another puzzle in the economic performance of the world’s largest economy.

The American currency is currently being pressured by a spike in risk appetite, shedding ground in an uneven manner against its rivals, as the market has set temporarily aside speculation of what the Fed may or may not do this month. Rather, the trade war and Brexit are stilling the show.

Anyway, and given the dominant bearish trend, it is likely that a discouraging report triggers a relevant dollar’s slide, while a better-than-expected reading could just trigger an upward corrective movement ahead of the weekly close.

The EUR/USD pair is correcting higher after falling to a fresh two-year low, and in the long-term, bears are still leading, which anyway, won’t prevent the pair from continue correcting higher if the report misses the market’s expectations. From the current area, resistances come at 1.1110 and 1.1145. The NFP report has little chances of triggering a rally beyond this last. Supports, on the other hand, come at 1.1020 and 1.0990, with a break below this last favoring a retest of the multi-year low of 1.0926 during the following sessions. 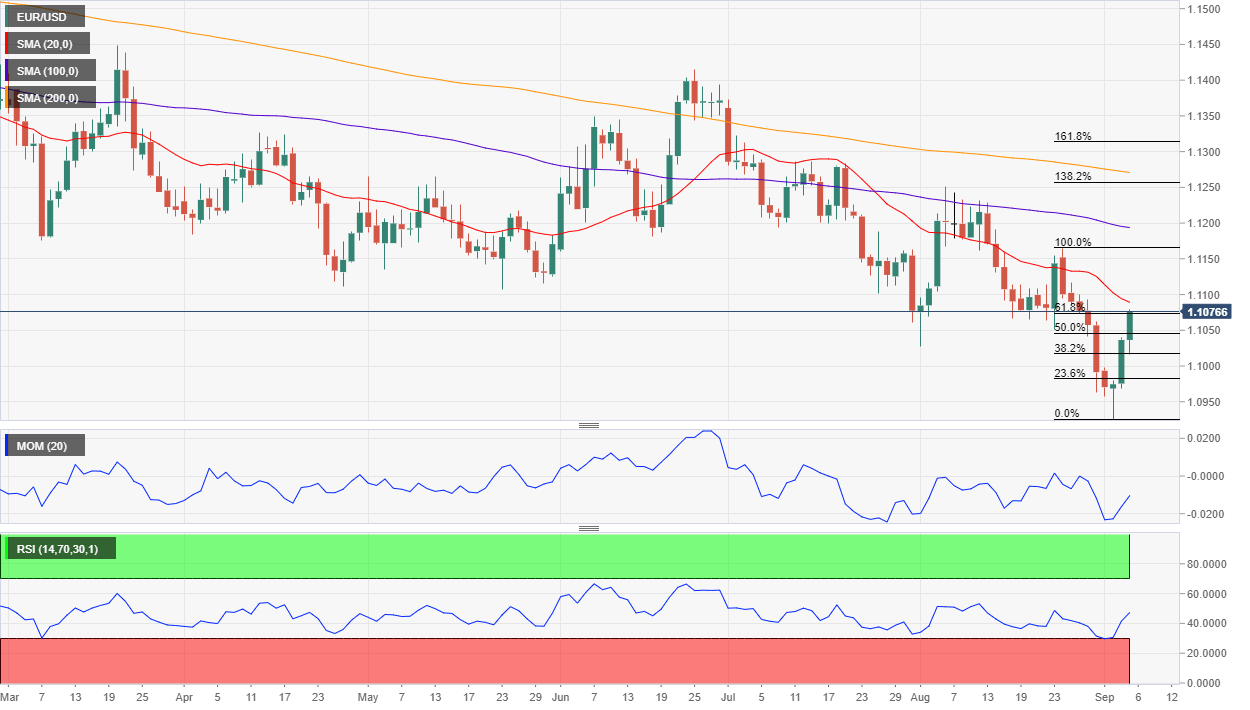 Ahead of the release, leading indicators are quite mixed, although the number of negative clues outpaces the number of positive ones, with several neutral figures in the middle. Among those supporting a positive NFP, the ADP Survey on jobs’ creation in the private sector came in better-than-anticipated, printing 195K, and the JOLTS Job Openings, up to 7.348 million in June. Consumer confidence indicators were mixed, as the University of Michigan estimated plunged to its lowest since 2012, although the CB estimate remained near its recent highs above the 135 level.

Help us improve. Your opinion counts! Leave your feedback here

The Nonfarm Payroll report would likely fell short from impressing speculative interest and would probably keep the dollar in its current downward mode.