In the event that UK PM Johnson quits the most likely reaction will be a dip in the GBP and UK equities that soon finds buyers. In fact, depending on the replacement, the GBP could find a welcome boost higher.

It all comes down to perceptions. UK Prime Minister Johnson is portrayed as partying away in the garden of Number 10 Downing Street while the rest of the UK was in lockdowns. Fresh allegations of Downing Street parties emerged on Friday last week. Some in the UK were unable to visit dying relatives so as to maintain the then applicable social distancing rules. Meanwhile, the image in voters minds, is that the UK Parliament was having a drinks reception while many were in mourning. Some also faced fines for having parties around the same time. The reality seems to be that there was a blurring between the PM’s garden as a place of work for Gov’t duties. However, the details are hotly debated and the nature of the events are too. Are they parties? Are they work parties? There is also a disconnect between the perceived attitude of Number 10 and the rest of the UK’s workforce. The main problem for the PM is one of perception that it is ‘one rule for Gov’t, but another rule for the people’. This means there is significant pressure for Johnson to quit from those outside and inside his own party. The two likely replacements will be the present Chancellor of the Exchequer Rishi Sunak or Foreign Secretary Liz Truss. Both are considered fiscal conservatives and that should be supportive of the GBP once the initial shock has faded from PM Johnson’s potential resignation.

The initial move will be a shock reaction lower in the GBP and the FTSE. The Bank of England hiked interest rates by 15bps last December and are due to meet on February 03. For the GBPUSD to rally higher the BoE will need to hike to keep up with the Fed’s projected three rate hikes. However, if Johnson quits before the end of February look at these key support levels in the GBPUSD pair and the FTSE 100. These areas of support are obvious technical places for any potential turnaround. The GBPUSD pair has two areas and the second lower one should hold up if the first one is broken on any shock announcement. At any rate, risk can be well defined and managed at these levels with a limited stop size in case the selling is more aggressive. 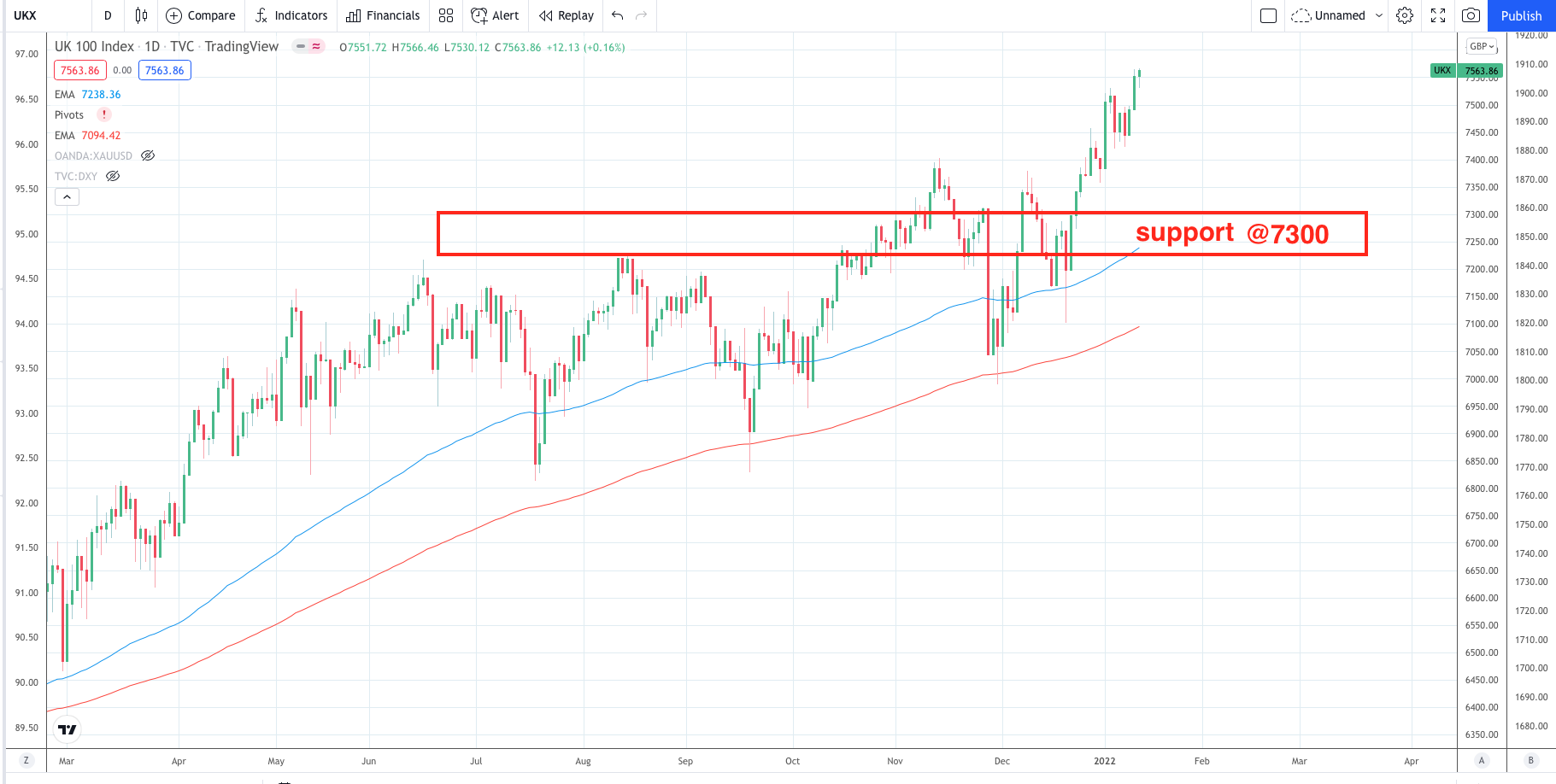