The Pound last week racked up its 13th consecutive down week against the Euro, and its 10th down week out of the last 13 versus the Dollar. It seems that there is a little scope for a sustained rebound at the current juncture, with markets demanding a hefty discount on Sterling due to the no-deal Brexit risk.

While Boris Johnson, the new Prime Minister, has been saying he would much prefer a deal with the EU, he has stressed that the UK is leaving on October 31, with or without a deal — “no ifs or buts.”

His hope is that Ireland and the EU will cede on their demands for the Ireland border backstop, though this looks to be an intractable issue as, without it, the 1998 “Good Friday Agreement” would be broken, which is widely seen as having brought peace to Northern Ireland.

Aside from the possibility of an overnight departure from the EU free trade area and its 40 trade agreements with 70 countries, there would also in this scenario be a sharp increase in the odds for the UK to devolve, as Scotland, and even Northern Ireland, might vote themselves out of the centuries-old union. (Note that the “UK” refers to the United Kingdom of Great Britain and Northern Ireland, with “Great Britain” being the union of England, Wales and Scotland, and “Britain,” sans the “Great,” comprising the union of England and Wales).

The possibility of a general election to unlock the Brexit process hangs in the air. A new referendum could be another option, though this is looking very unlikely at the moment.

Following a by-election last week, Boris and his newly appointed, no-deal favouring cabinet, find themselves at the helm of a minority government with a working majority of just one seat in a Parliament set on stopping a no-deal Brexit.

Polling and, crucially, the UK’s first past the post electoral system, along with the current unpopularity of Labour, suggests that Johnson may feel confident of triumphing in an election. He also has the option of forming a coalition with the Brexit Party, if needed, though the latter will reportedly refrain from fielding candidates in seats where a pro-no-deal Conservative Party candidate is running.

If Boris is to call an election, it would almost certainly be before October 31. The promise of post-Brexit sunlight uplands may seem less sunny amid the likely reality of an ensuing disorderly break from the EU.

The main risk Johnson would faces would crystalize if the remain-in-the-EU parties managed to form an effective Remain alliance, which would render a general election as a pure Remain versus Leave contest.

There are arguments among political pundits that Boris won’t want to give up position and power by actually going through with a no-deal, despite his bluster and show of ramping up preparations for a no-deal exit. He may, so this line of argument goes, instead look to find a face-saving means of exiting the EU in a political sense on October 31 while remaining in the single market and customs union for a timetabled multi-year period to negotiate new agreements with the EU, which is something Brussels may be happy to concede to if it takes the no-deal risk off the table.

Bank of England Governor Carney last week promised an update of its “worst case” Brexit prognosis in September while stating that in the event of a no-deal, no-transition Brexit, “Sterling would likely fall, the risk premiums on UK assets would rise and volatility would spike higher.” He added that while preparations by governments and businesses for no deal “are vital to reduce the potentially damaging transition costs to a WTO relationship with the EU”, that “…those preparations cannot eliminate the fundamental economic adjustments to a new trading arrangement that a no-deal Brexit would entail.” 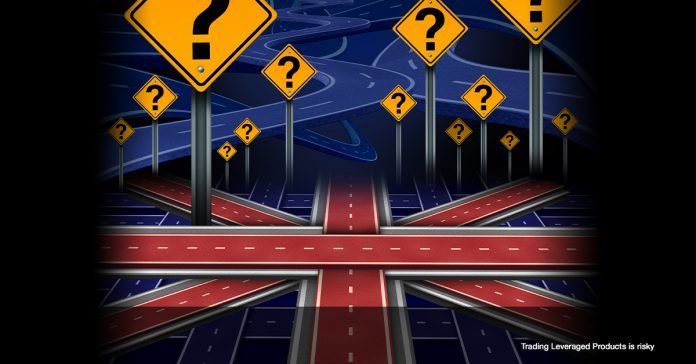 USD/JPY extends losses below 107.50 amid risk-off, eyes on Trump's response

USD/JPY loses further ground below 107.50, as the yen remains well bid amid US-China tensions and upbeat Japanese data dump. The Asian stocks and S&P 500 futures flash red. Focus shifts to the US data and President Trump's response to the Hong Kong issue.

AUD/USD: Choppy within range below 0.6650 amid US-China risks

AUD/USD remains depressed around 0.6640 so far this Friday. Risk-tone remains heavy as global equities are weighed down by escalating US-China tensions over the Hong Kong security issue, with all eyes now on Trump's presser.

Gold, a traditional safe-haven asset, is drawing bids as the US stock futures are signaling risk aversion. China imposed the controversial national security bill on Hong Kong on Thursday. Markets fear the US would retaliate with sanctions on China.