After failing to break above $1,900 at the start of the week, Gold spent the majority of the week under modest bearish pressure and dropped to $1,850 area before staging a rebound on Friday. Nevertheless, XAU/USD closed the second straight week in the negative territory around $1,870.

The upbeat Industrial Production and Retail Sales data from China revived hopes for a steady global economic recovery and provided a boost to market sentiment at the start of the week. Additionally, Moderna announced that its coronavirus vaccine candidate was 94.5% effective in the latest trials and noted that it will be seeking authorization for emergency use of the vaccine in the US in the coming weeks.

Although the greenback struggled to find demand with risk flows starting to dominate the financial markets, the XAU/USD pair started to edge lower. On Wednesday, Pfizer said that the final efficacy analysis of phase 3 trial of the coronavirus vaccine it develops with BioNTech has shown to be 95% effective. This development put additional weight on gold and caused XAU/USD to slump to its lowest level since November 9th at $1,852.

In the second half of the week, the disappointing Initial Jobless Claims and Retail Sales data from the US caused the market mood to sour and allowed XAU/USD to limit its losses. Additionally, the number of confirmed COVID-19 infections in the US hit a new daily high of 185,000 on Thursday and reminded investors of the potential damage on the economic recovery before a vaccine becomes widely available.

On Monday, the IHS Markit will release the preliminary November Manufacturing and Services PMI reports for Germany, the euro area and the US. Investors expect the business activity in the manufacturing sector to continue to expand at a robust pace in these large economies. However, market participants will keep a close eye on the Services PMI figures to see how much of a negative impact the latest coronavirus-related restrictions had on the sector.

On Tuesday, the third-quarter Gross Domestic Product (GDP) report from Germany, which is expected to show a contraction of 11.7% on a yearly basis, and the Conference Board Consumer Confidence Index data from the US will be looked upon for fresh impetus.

In the second half of the week, the FOMC and the European Central Bank (ECB) will be releasing the minutes of their November meetings on Wednesday and Thursday, respectively. The ECB made it clear that the bank will be taking action in December and this publication is unlikely to provide any fresh clues regarding the bank’s next move. More importantly, the US Bureau of Economic Analysis will release its second estimate of the third-quarter GDP growth. Analysts’ estimate points out to an annualized growth of 33.2%.

Meanwhile, investors will keep a close eye on fresh headlines surrounding coronavirus vaccines. Citing European Commission President Ursula von der Leyen, Bloomberg reported on Friday that the European Medicines Agency and the US Food and Drug Administration remain in close contact on the evaluation of the vaccines and work toward a synchronized approval. Von der Leyen further noted that a conditional marketing authorization could arrive as early as the second half of December. Any positive developments on that front could cause gold to continue to lose interest. 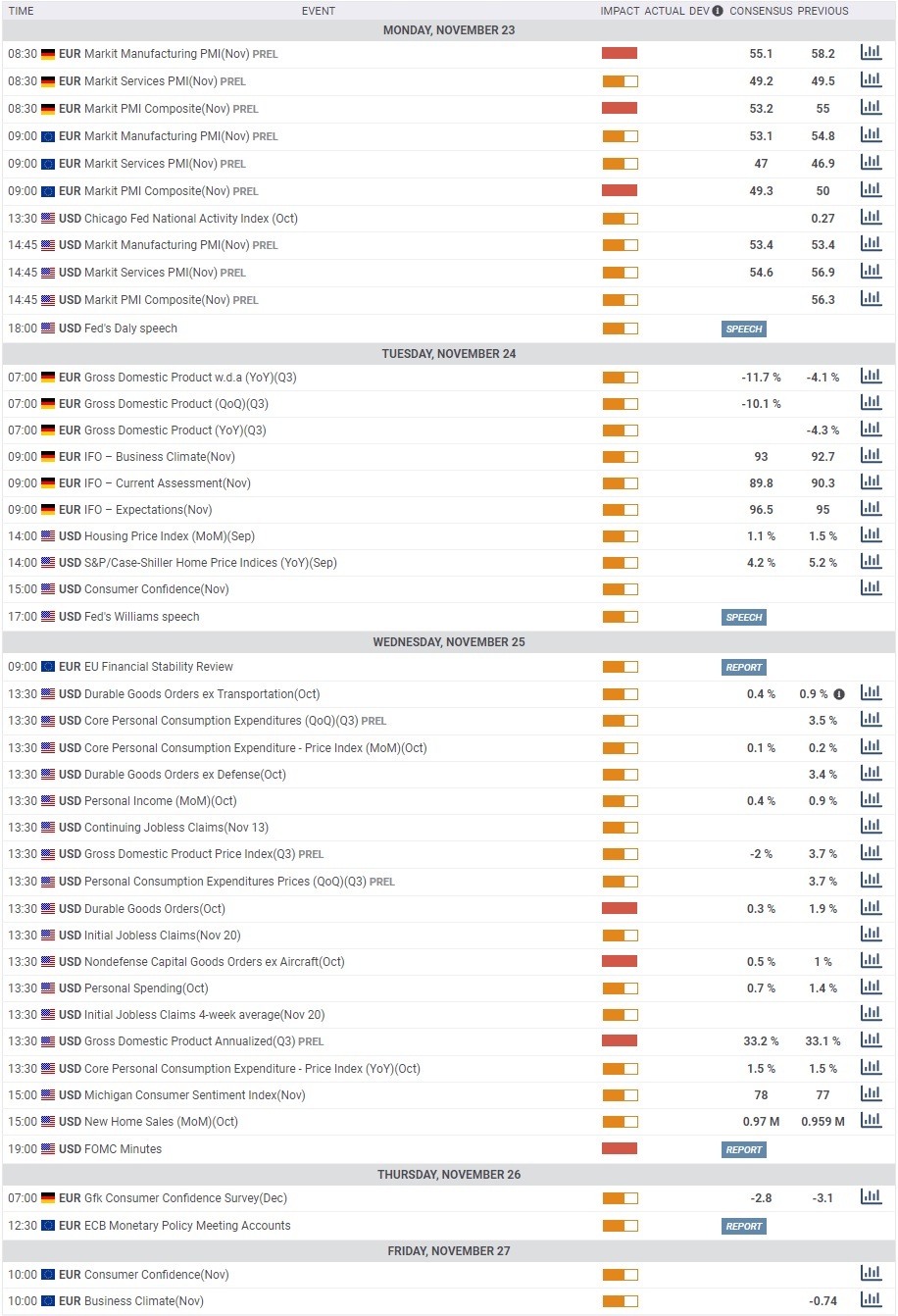 Despite Friday's rebound, the Relative Strength Index (RSI) on the daily chart remains below 50, suggesting that the latest move was a correction of the weekly decline and buyers haven't yet committed to additional gains.

On the downside, significant support is located at $1,850 (Fibonacci 61.8% retracement of June-August uptrend). Since the beginning of November, XAU/USD tested this support but failed to make a daily close below it. A decisive move below $1,850 could attract more sellers and drag the pair toward $1,820 (former resistance). The 200-day SMA at $1,800 is the next line of defence but it would be a major surprise if the price were to decline there this year given the thin trading volumes.

The FXStreet Forecast Poll shows that experts see gold declining modestly in the near-term. However, the one-month view suggests that gold could be trading above $1,900 before the Christmas break. Finally, the one-quarter outlook remains bullish with an average target of $1,971. 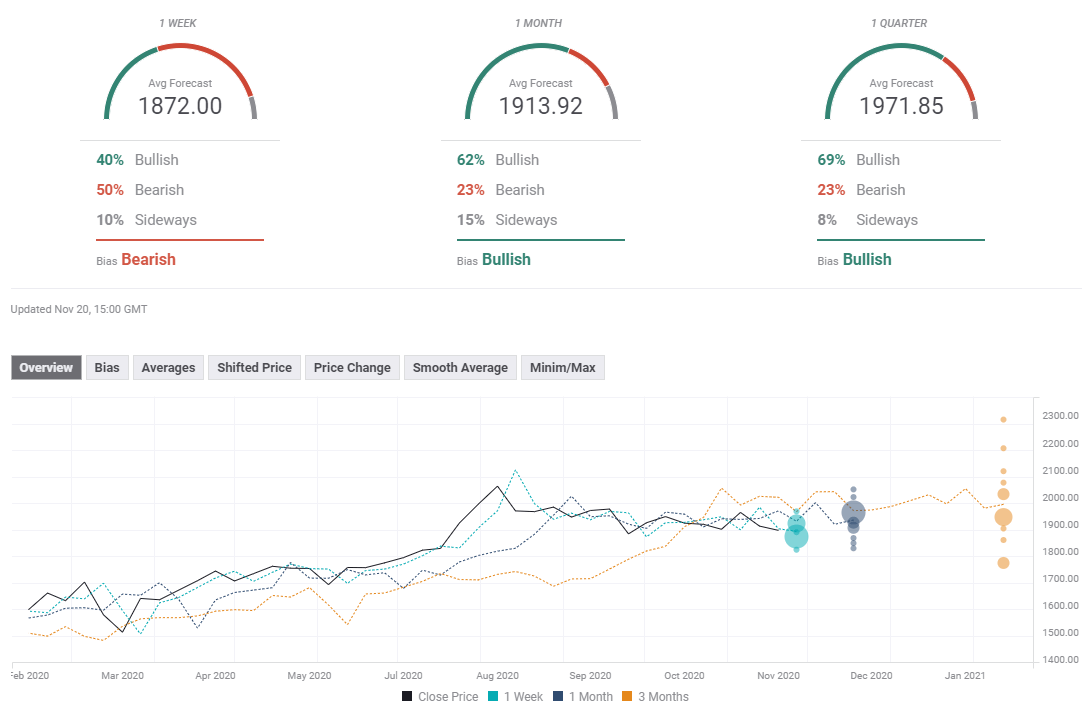