Since the strong recovery of last week, the market has spent the past few sessions throwing off a range of mixed technical signals. Taking a step back though, and the momentum indicators on gold are almost entirely neutral. RSI around 50, MACD lines flat and bang on neutral and Stochastics flat around 50. We have been noting that during the trend higher of the summer, the 21 day moving average had been an excellent basis of support, but it is interesting that in the past month, gold has traded around $1500 on 16 of the 22 sessions. Basically the price has gone all but nowhere and the outlook has become increasingly neutral. It is likely that in the wake of the US/China negotiations there will be more direction though. With the Average True Range of $22 the daily moves are still relatively volatile, but just lacking sustained direction. The hourly chart is talking support at a pivot of $1487, with resistance under $1510 and the recent rebound high of $1518.50. Given the market trading above all moving averages, we are still inclined to positive of gold into weakness, but for now the market seems to be stuck waiting for a catalyst. 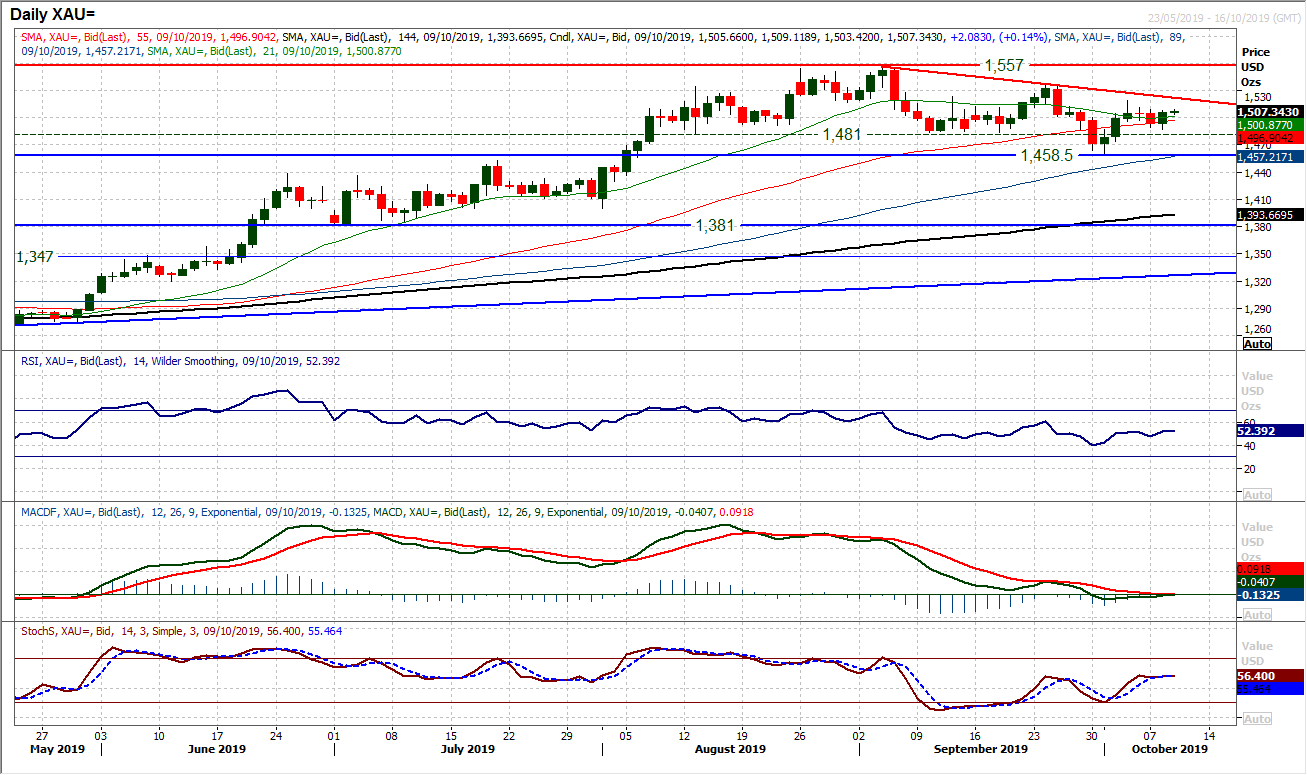