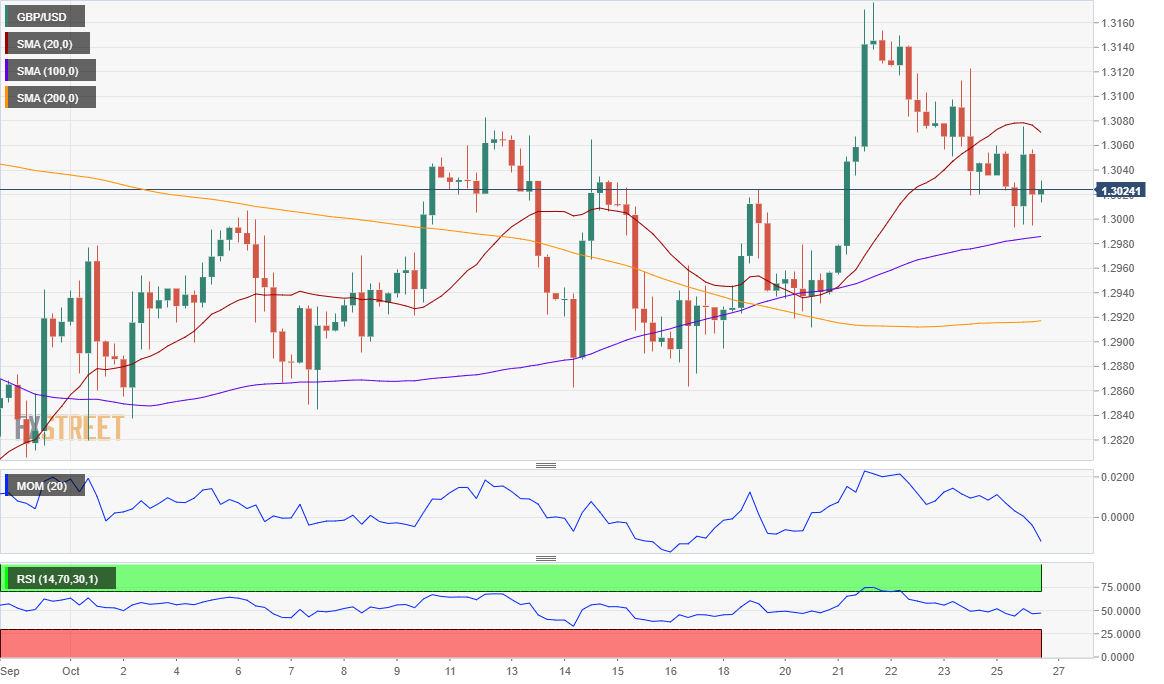 The GBP/USD pair is ending Monday with modest losses around 1.3020, partially affected by the renewed dollar’s demand and partially due to Brexit concerns. The pair surged to a daily high of 1.3074 as news that EU’s chief negotiator Michel Barnier decided to extend his stay on London after weekend talks, and speculative interest understood it as progress. The pair later eased as UK PM Boris Johnson’s spokesman said that there is “much work to be done” and that significant gaps remain in the most difficult areas.

The UK didn’t publish macroeconomic data on Monday but will release the October CBI Distributive Trade Survey on realized sales this Tuesday, seen up a modest 1% from 11% in September.

The GBP/USD pair is holding above the 1.3000 figure, although it briefly pierced the level a couple of times throughout the day to bottom at 1.2992. The risk has turned to the downside, as, in the 4-hour chart, a mildly bearish 20 SMA capped the upside. Technical indicators hold within negative levels, although their directional strength is limited. A steeper decline could be expected on a break below 1.2980.

The shared currency remains under selling pressure against its American rival, trading in the 1.2080 area. Market players waiting for more hints in the form of April Retail Sales.