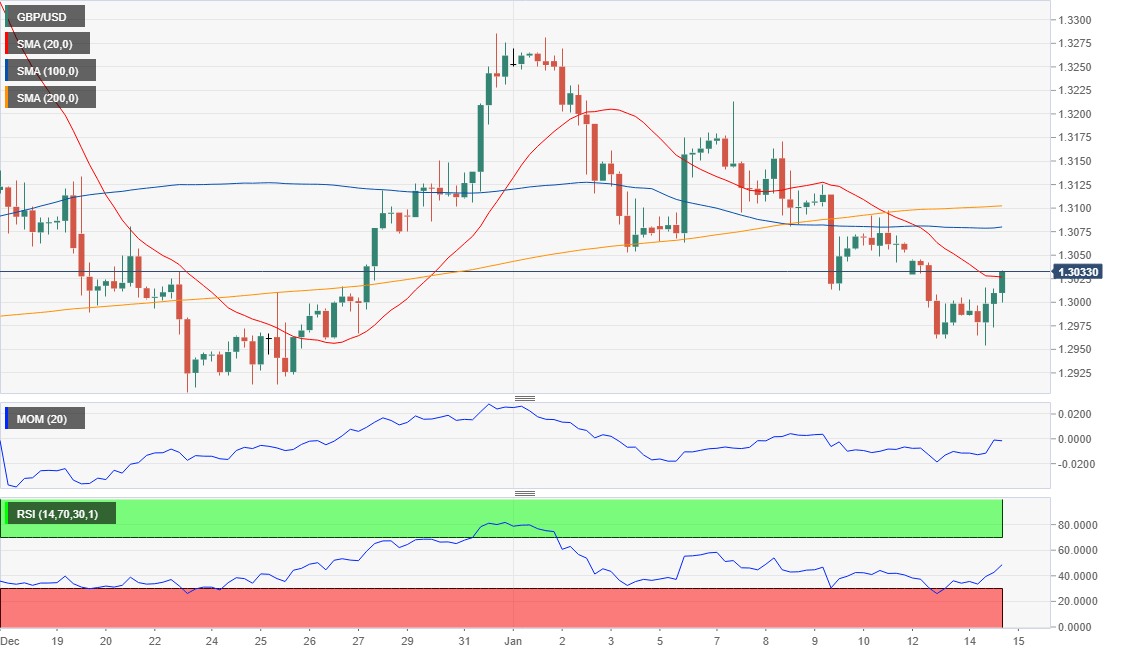 The GBP/USD pair recovered from a fresh multi-week low of 1.2954, as the greenback weakened, initially weighed by risk-averse headlines related to the US trade relationship with its European counterparts. The Pound retained its gains amid renewed demand for high-yielding assets during the American afternoon, as Wall Street rallied on the back of solid earnings reports. The Sterling benefited from comments from UK PM Johnson, who said that he considers “very likely” the kingdom will get a “comprehensive trade deal with the EU by year-end.”

Among other things, PM Johnson said that he cannot agree to any “request for a transfer of power that would lead to further independence referendum,” referring to Scottish PM Sturgeon’s request to hold another Scottish independence referendum. This Wednesday, the UK will release December Inflation figures. The annual CPI is foreseen at 1.5% in December, while the core reading is expected to print 1.7%, both matching the previous estimates.

The GBP/USD pair recovered and settled above the 1.3000 figure, although the short-term picture indicates that the risk is skewed to the downside, as the pair remains below the 23.6% retracement of its latest daily decline at 1.3050. In the 4-hour chart, the pair is currently battling with its 20 SMA, and below the larger ones, while technical indicators head nowhere just below their midlines.