Skip to main content
;
After looking at the price forecasts, we also wanted to know what our contributors think of some key subjects going onto 2016. In this second part of the survey, we ask them about asset classes, central banks policies and the economic performance of China and Emerging Market economies. Here you have the results.

Which of these asset classes do you expect to be the most volatile in 2016? 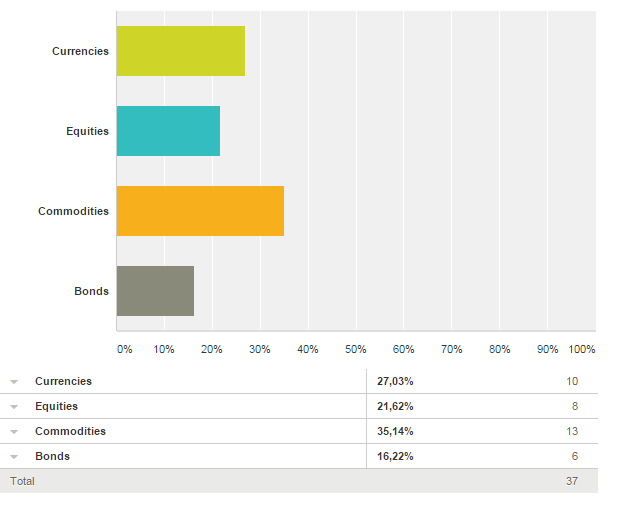 Commodities get the nod here and no wonder why, looking at the wild ride the oil prices and other hard commodities are experiencing these days. As we saw in the first part of the survey, gold will also be an interesting asset to follow, with its traditional safe-haven nature being tested. Interestingly, bonds are the asset class with less answers, even though they were the most repeated answer by the ten experts we interviewed when asked about the asset class to bring the next financial crisis.


How many interest rate hikes will the Fed deliver in 2016? 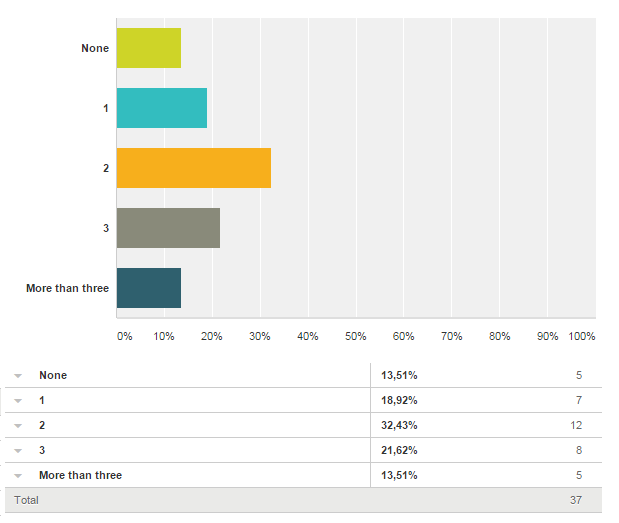 This is close-to-perfect symmetry. Our contributors expect on average two rate hikes this year, which is the answer picked by the 32% of them. But there's nothing sure, as the 0 and the >3 rate hike extreme options combine for the significant 26% of the answers and there's no bias favoring neither the doves nor the hawks. Brace yourself for another year of crucial and controversial FOMC decisions on whether to tighten or not. 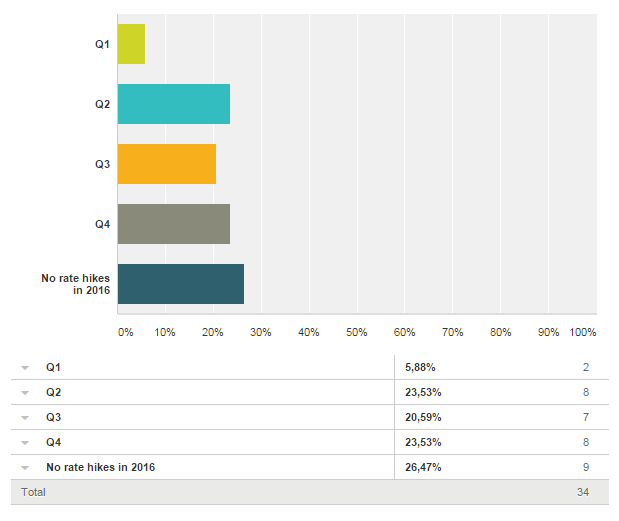 Well, here we have a more dovish result. Only two contributors expect a Rate Hike in the first quarter and then the answers are pretty even between the rest of the year and the possibility of not seeing any tightening at all in 2016. This is probably correlated to the moderate bearish bias seen in the GBPUSD average forecast, even if there is another subject that could affect british outlook this year: a potential Brexit referendum.


Which central bank is more likely to continue easing? 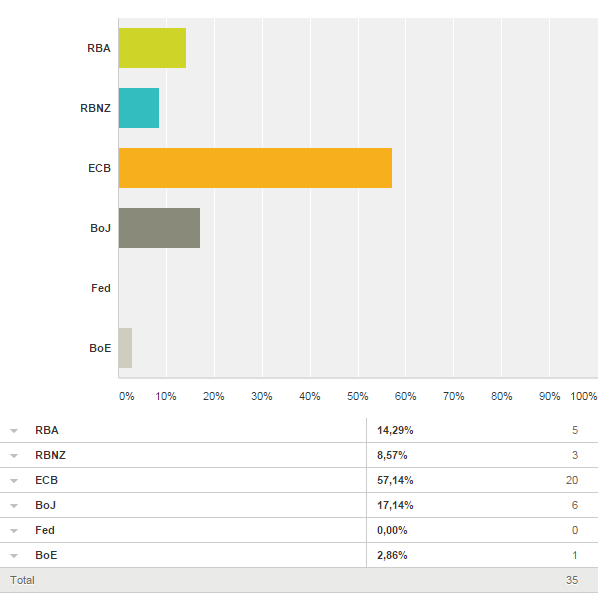 The results speak by themselves here. The majority of the market expects the ECB to continue leading the quantitative easing battle, so we could infer this is an event the market has (at least partly) priced in and the surprise could arrive is Draghi doesn't deliver. There's also people voting for more BoJ and RBA easing, which are events less priced in and could set interesting trends in several crosses.


When do you expect China's economy to begin recovering? 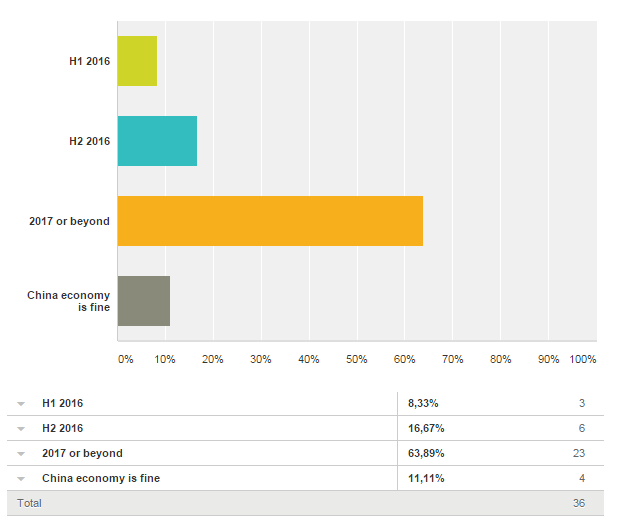 After seeing how Chinese markets have started the year, it is no surprising to look at these results. The market doesn't trust China's economy right now and this has huge implications all over the world.


Which emerging market economy is more likely to suffer from a capital outflow in 2016?

This was an open question, but the answers were not that open. Brazil's economy is in trouble, with a recession deepening and the BRL freefalling, and even if facing the Summer Olympics this year, things don't look much better in the near future. It's also noticeable to look at Turkey as another candidacy for a capital outflow this year. Its troubling geopolitical position, along with Erdogan's not very popular government, is not a good combination for another struggling economy.