The Euro fell to the session low in European trading on Monday, down over 40 pips, deflated by weaker than expected German Ifo data, which dropped to the lowest since April in October.

Close below 1.1620 would generate an initial negative signal which would require confirmation on the return and close below 20DMA (1.1599) which would increase the risk of retesting key support at 1.1562 (weekly cloud base).

On the other side, an eventual close above falling 30DMA (1.1646) which capped the action during the last week, would ease downside risk, but a sustained break of 1.1671 Fibo level would signal bullish continuation.

Traders eye ECB meeting on Thursday, expecting more hawkish tones from the central bank regarding the possibilities of tapering start and possible earlier than an expected rate hike. 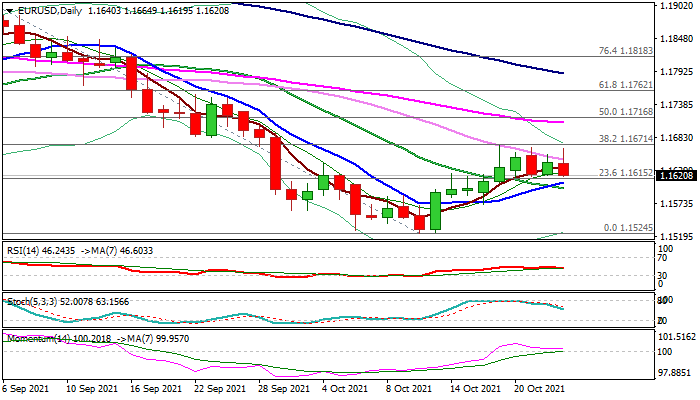