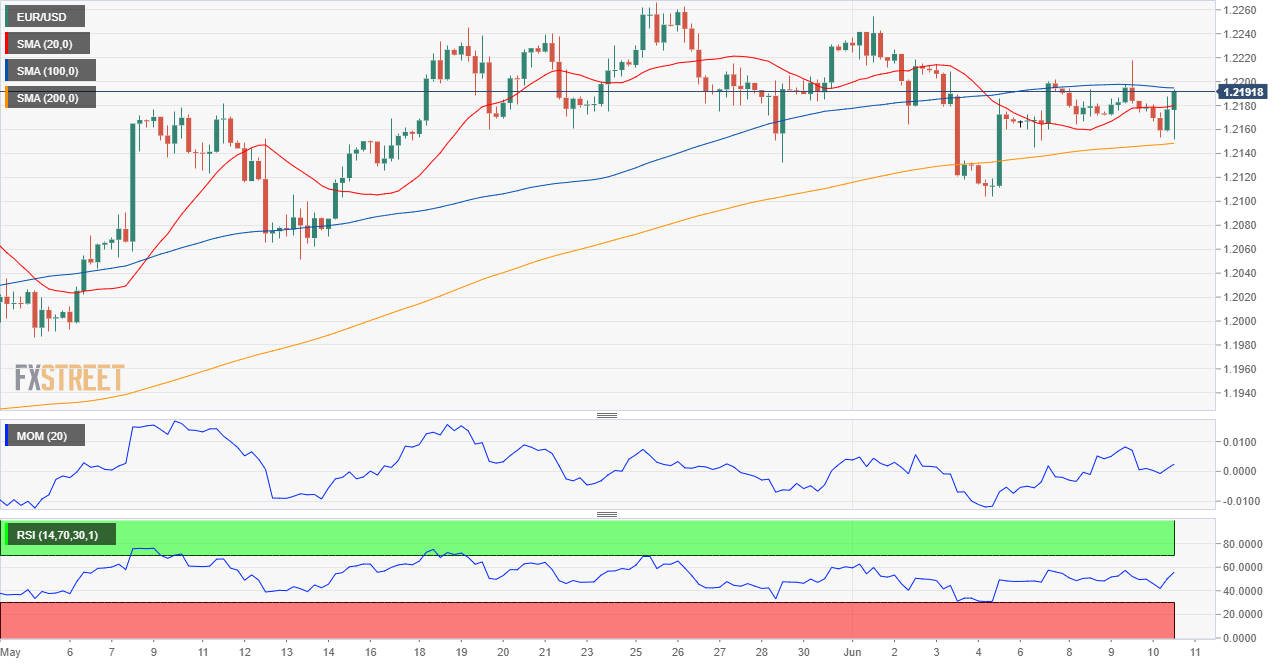 The EUR/USD pair is up but below the 1.2200 figure, with the greenback shedding ground against most of its major rivals. As widely anticipated, the European Central Bank left rates and its easing programs unchanged in its June decision. Policymakers announced that rates will remain at present or lower levels until inflation approaches their goal. Also, they repeated that the PEPP would continue to run at a significantly higher pace than in Q1.

Meanwhile, US inflation was upwardly revised to 5% YoY in May, accelerating at its fastest pace in almost 13 years. The initial reaction to the news was a higher dollar, although it lacked follow-through. Core annual inflation was upwardly revised to 3.8% YoY from the previous estimate of 3%. The US also published Initial Jobless Claims for the week ended June 4, which resulted at 376K, better than the previous 385K but slightly above the 370K expected.

The EUR/USD pair is modestly up, trading in the 1.2190 price zone. The near-term picture is neutral-to-bullish, but the momentum is still missing. In the 4-hour chart, the pair is still trading within directionless moving averages, which offer slightly ascendant slopes. Technical indicators head higher but remain at neutral levels. Bulls could have better chances if the pair clearly breaks above the 1.2200 level.